What does the acquisition of Mobike by Meituan tell us?

The bike-sharing business is no longer existing as an independent business, but will play as a role of a traffic gateway of giants' ecosystem. 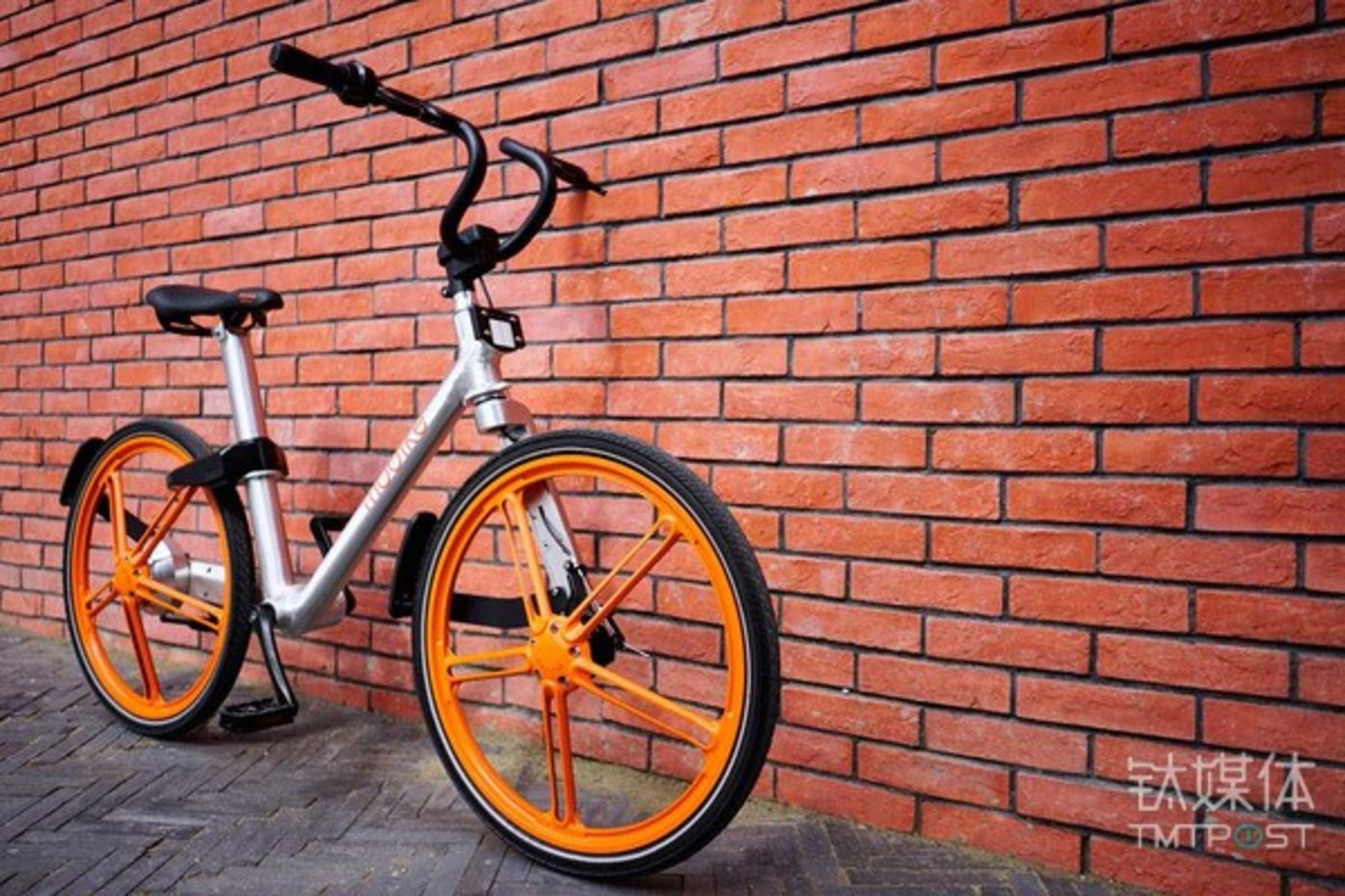 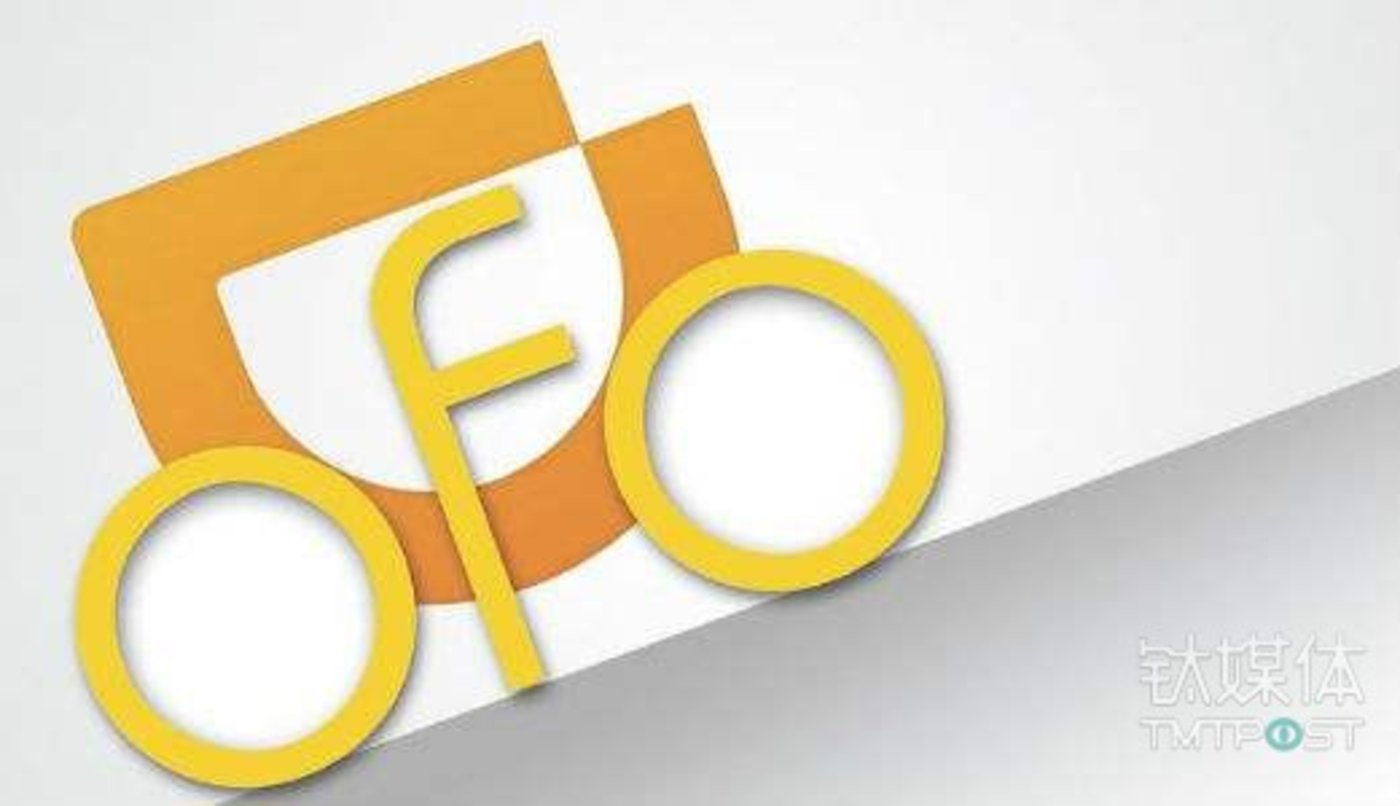 On one hand, Mobike is of great benefit to Meituan for its huge offline traffic.

Catering business is the core business of Meituan. According to Meituan Dianping’s "Consumption Upgrading, A New Battleground for the Catering Business: China Catering Industry Report", young people aged 20 to 35 accounts for 74% of the user base of Meituan and Dianping's apps respectively. And they contribute to 70% of the total consumption volume on Meituan and Dianping platforms.

In this case, the user portrait of bike-sharing platforms has a lot in common with that of Meituan. China's industry research agency iResearch released the "2017 China Bike-Sharing Industry Research Report". It suggests that the users aged 26 to 35 are the majority users of bike-sharing business accounting for 65% in the industry.

In fact, Mobike's huge offline traffic is one of the most direct reasons that Meituan eyes on it. Wang Xing, founder of Meituan, said in an interview that Meituan attracted at least 320 million users last year, about 90% of the user traffic coming from online. Therefore, the massive offline traffic that Mobike brings will be a great contribution to Meituan.

On the other hand, the acquisition of Mobike means is a lot for the Chinese bike-sharing industry. It will completely change the business model and market structure in this sector.

After Meituan acquired Mobike, it is almost impossible for Mobike to merge with another Chinese bike-sharing unicorn Ofo to achieve profitability together.

Firstly, due to the irreconcilable conflict between Meituan and Didi (the biggest shareholder of ofo), there’s no ground for merger and acquisition. After Mobike was acquired by Meituan, Mobike doesn’t have too much pressure for capital as well as gaining profitability. Thirdly, what Mobike means to Meituan is like what Ofo means to Didi. Since both of them treat the bike-sharing market as their strategic battleground, neither of them accepts losing.

From this aspect, the Chinese bike-sharing industry has no longer existed.

As a matter of fact, since its birth, the Chinese bike-sharing industry has been constantly challenged for its business model. However, all the doubts could be put to an end with the latest acquisition. According to Mobike's financial report revealed to the public, its revenue in December 2017 was only RMB 110 million. After deducting all the cost (a sales cost of RMB 565 million, an operation expenditure of RMB 146 million and an impairment loss of RMB 80 million), its monthly loss reached RMB 681 million. This is also the case with Ofo. This January, the tech media arm of Tencent published an article and said that Ofo could only last for one more month with its money (roughly RMB 600 million), and it owed RMB 2.5 billion to its suppliers and had a deficit of RMB 3 billion for its users' deposit money.

Although the Chinese bike-sharing industry has no longer existed, the bike-sharing companies haven't disappeared. However, they become the traffic gateway for the ecosystem of the giant behind them.

These 200 million to 300 million offline users of Mobike and Ofo will contribute a lot for the development of Meituan and Didi’s ecosystem.

In the future, Mobike and Ofo will not only compete in the areas, such as the number of registered users, the number of bikes, operation cost and theft rate, but also compete more importantly in the capability of integrating resources within the ecosystem across different business sectors. 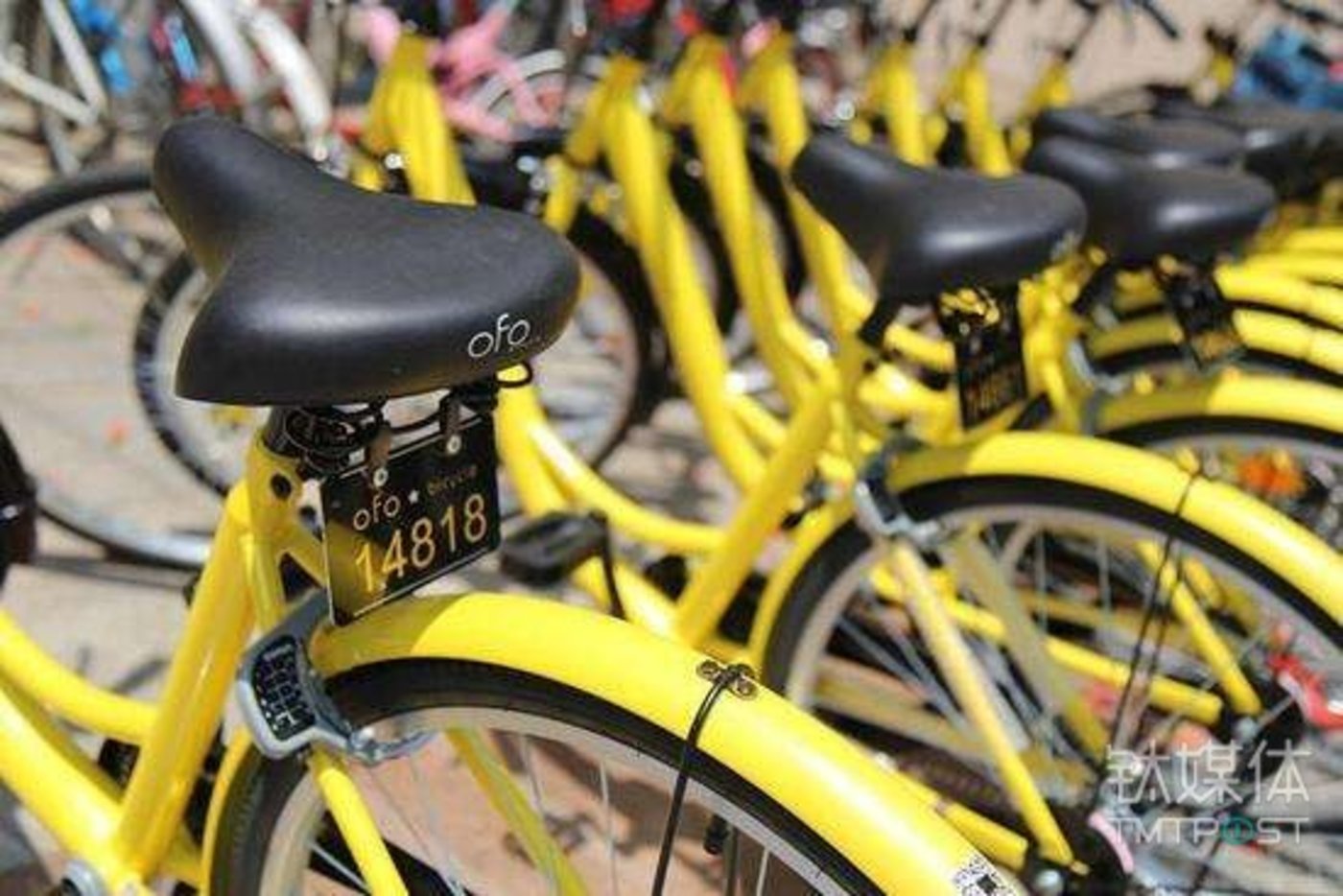 As it is a competition between Meituan and Didi's ecosystems, let's look at what they have on each side.

After the acquisition of Mobike, Meituan will integrate Mobike to all these four user scenarios.

Users can ride shared bikes to arrive home, reach shopping stores, and even to travel with it. In fact, according to "2017 China Bike-Sharing Industry Research Report", there are two most frequently-used scenarios for shared bikes - the last-mile traveling between subway or bus station and destination, as well as the riding inside the major business areas.

Within only five years, Didi has managed to integrate all types of four-wheel transportation services (including Didi Zhuanche, Didi Kuaiche, Didi Shunfengche, Didi Luxury Car, Didi Bus, Didi Designated Driving and Didi Car Rental). As Mobike provides the last-mile traveling solution, it is for sure that Didi planned to acquire it and make it as a supplement to Didi’s overall user experience. Up till now, Didi has already acquired or invested in a couple of bike-sharing companies, such as Ofo, Bluegogo and Qingju Bike.

At the same time, integration of these bike-sharing platforms will also contribute to Didi's own number of daily active users. iResearch’s statistics suggests that the number of Didi’s monthly unique devices have edged up in recent one year. Most importantly, the acquisition of bike-sharing platforms has strategic meaning for Didi. By integrating online ride-hailing service and bike-sharing service, Didi could provide users with more smooth traveling experience. Although bike-sharing business doesn't make money itself, it could offer user traffic to other car hailing services with high profit margin.

On any account, bike-sharing business has become a key component to facilitating Meituan and Didi’s IPO. 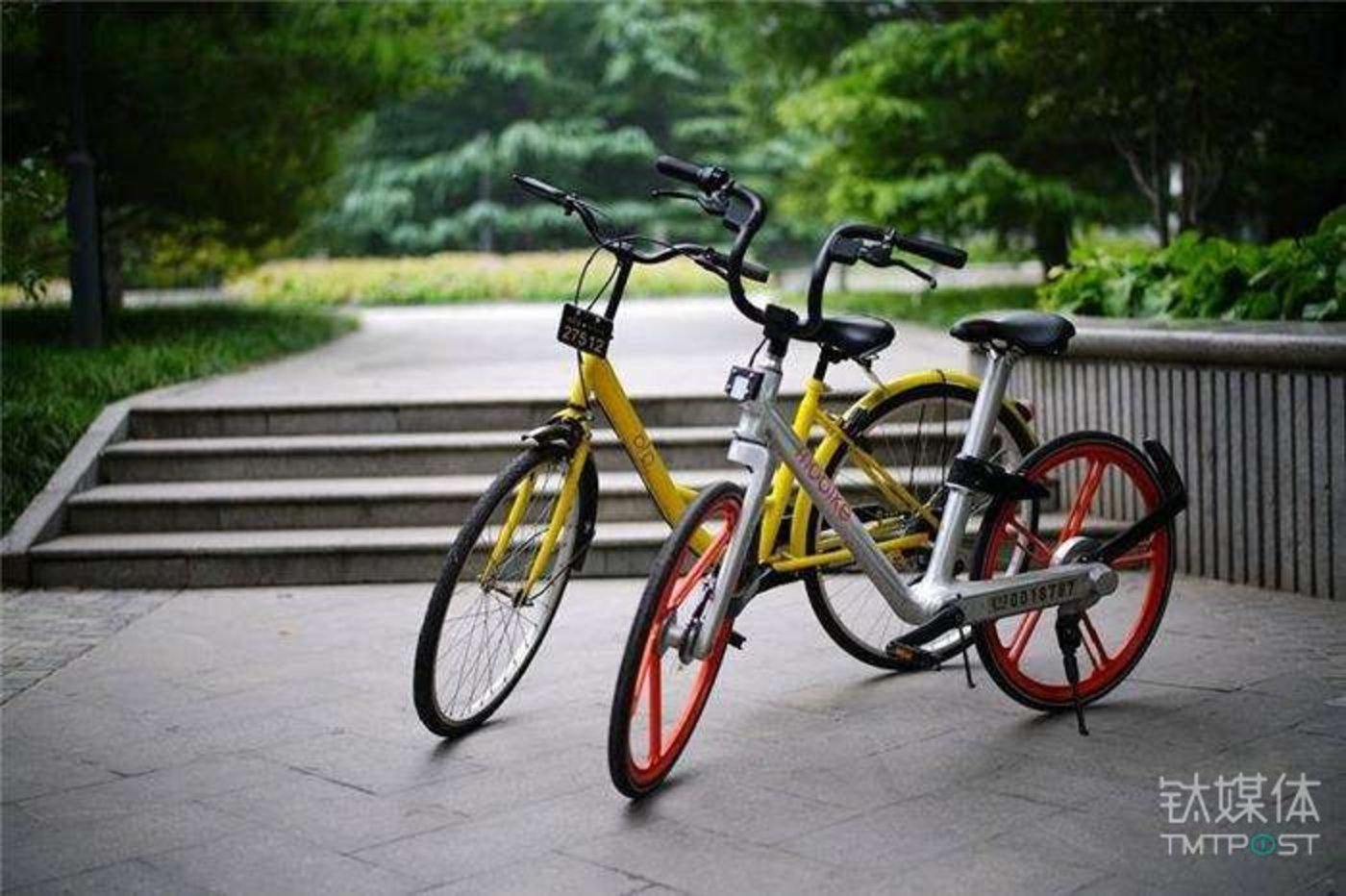 Meituan’s acquisition of Mobike marks a huge shift for the Chinese bike-sharing industry.

The acquisition implies that the bike-sharing business is no longer existing as an independent business. Instead, it has evolved into the gateway of user traffic. It is an indispensable element for Meituan and Didi’s business adventures.

In other words, the bike-sharing business is no longer existing as an independent business, but will play as a role of a traffic gateway of giants' ecosystem.

The article is edited by @Yi LIU (Email: yiliu@tmtpost.com;  Mobile/WeChat: +86 13911703028). The Chinese version article is published with authorization from the author @Save Media, please note source and hyperlink when reproduce.