摘要： After the flops of foreign retailers in the past year, confusion is prevailing in both traditional and modern retailers. As the sole surviving foreign retailer amongst the top 10 FMCG franchises in China, Walmart has drawn more attention from the public. 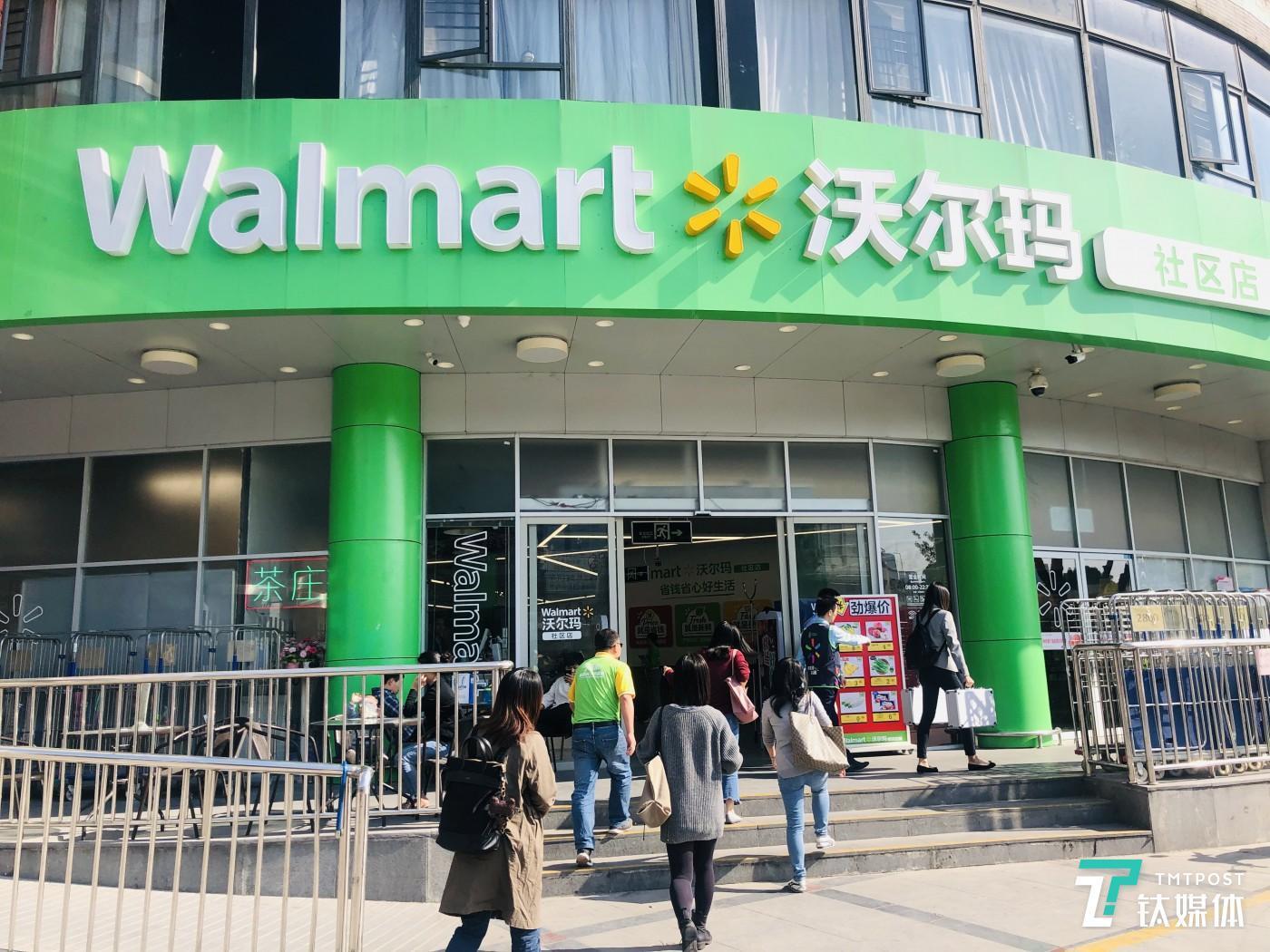 After the flops of foreign retailers in the past year, confusion is prevailing in both traditional and modern retailers. As the sole surviving foreign retailer amongst the top 10 FMCG franchises in China, Walmart has drawn more attention from the public.

Regarding its next move in China, Walmart's response is that it will push on rather than retreat. Following its statement in July this year that it would invest 8 billion RMB in its logistics supply chain, Walmart recently announced plans to open 500 stores and depot warehouses in China in the next five to seven years. Furthermore, in the next three years it plans to upgrade and refurbish its existing 200 stores.

Currently in China, Walmart's retail units comprise three main types: Walmart supercenters, Sam's Club member stores and Walmart neighborhood markets, all of which will be represented among the 500 new stores to be opened. In addition, according to James Ku, Senior VP of China Realty at Walmart, most of the 500 will either be neighborhood markets or have depot warehouses. In other words, smaller format offline retail outlets will be the main feature of Walmart's next move in China.

Intuitively, the impression that has been created by Walmart in the past two years has been one of concurrently opening and closing stores. In the past three years, Walmart has shut down more than 70 stores across China. On the other hand, it is continuously opening new ones. According to data on the top 100 franchises in China published by China Chain-store & Franchise Association, Walmart’s total number of stores has remained pretty much consistent over the past three years, above the 400 mark.

In tackling the rapidly changing and highly competitive Chinese market, Walmart has not ceased in its efforts of recent years to explore and adjust. James Ku, in an interview with media that included TMTPOST, stated that in the past two years Walmart has built many compact supercenters. That is to say, Walmart is reducing the sizes of its stores, scaling down the non-food sections while expanding the fresh food ones.

"We believe that smaller supermarkets are more efficient and will bring better consumer experiences. Thus, in recent years, we have been experimenting with more compact supercenters. Most of the newly opened stores cover areas of approximately 5,000 to 6,000 square meters," said James Ku.

As an effective weapon to increase the frequency of consumers entering their stores and to improve customer loyalty, fresh food has become one of the key strategies in the survival or market expansion plans of retailers. The battle for this market segment is becoming even more crucial, given that online grocery shopping in fresh food supermarkets is currently thriving. The other important business format for the fresh food business is the neighborhood market, many of which have been gradually opened by Walmart since April, 2018.

Last year, eight Walmart neighborhood market stores were opened in Guangdong. After going through various iterations and trials-and-errors, this model is now deemed feasible. According to data released by Walmart, sales and numbers of customers in the third quarter increased 20% in the first quarter, convincing Walmart to duplicate this model at scale nationwide.

In order to address the problems of insufficient store density and satisfy consumers' need for integrated online-offline shopping experiences, currently, Walmart has opened more than 50 depot warehouses nationally, providing delivery services that can reach consumers living in the vicinity of their stores and depot warehouses within an hour.

Judging by the data, their series of adjustments have worked. Walmart’s third quarter financial report shows that total sales of Walmart's China region increased by 6.3%, with comparable store sales increasing by 3.7%, representing the retail giant’s best sales performance in China in the last five years. Driven by the growth in sales of fresh food and omni-channel retailing, Sam's club member stores have achieved double-digit growth in terms of comparable store sales.

Under the backdrop of prevailing sales stagnation, even negative growth in the industry, such performance might be considered outstanding.

The neighborhood market nearby Yunding Garden in Baoan District, Shenzhen is Walmart's first mini-store. At approximately 1,200 square meters, it covers an area only one-tenth the size of a usual Walmart superstore.

Entering the store, consumers first come upon the fresh food section, which covers roughly 25% of the whole space. The total number of SKUs in the store is currently about 6,500, among which around 800 are fresh food items. 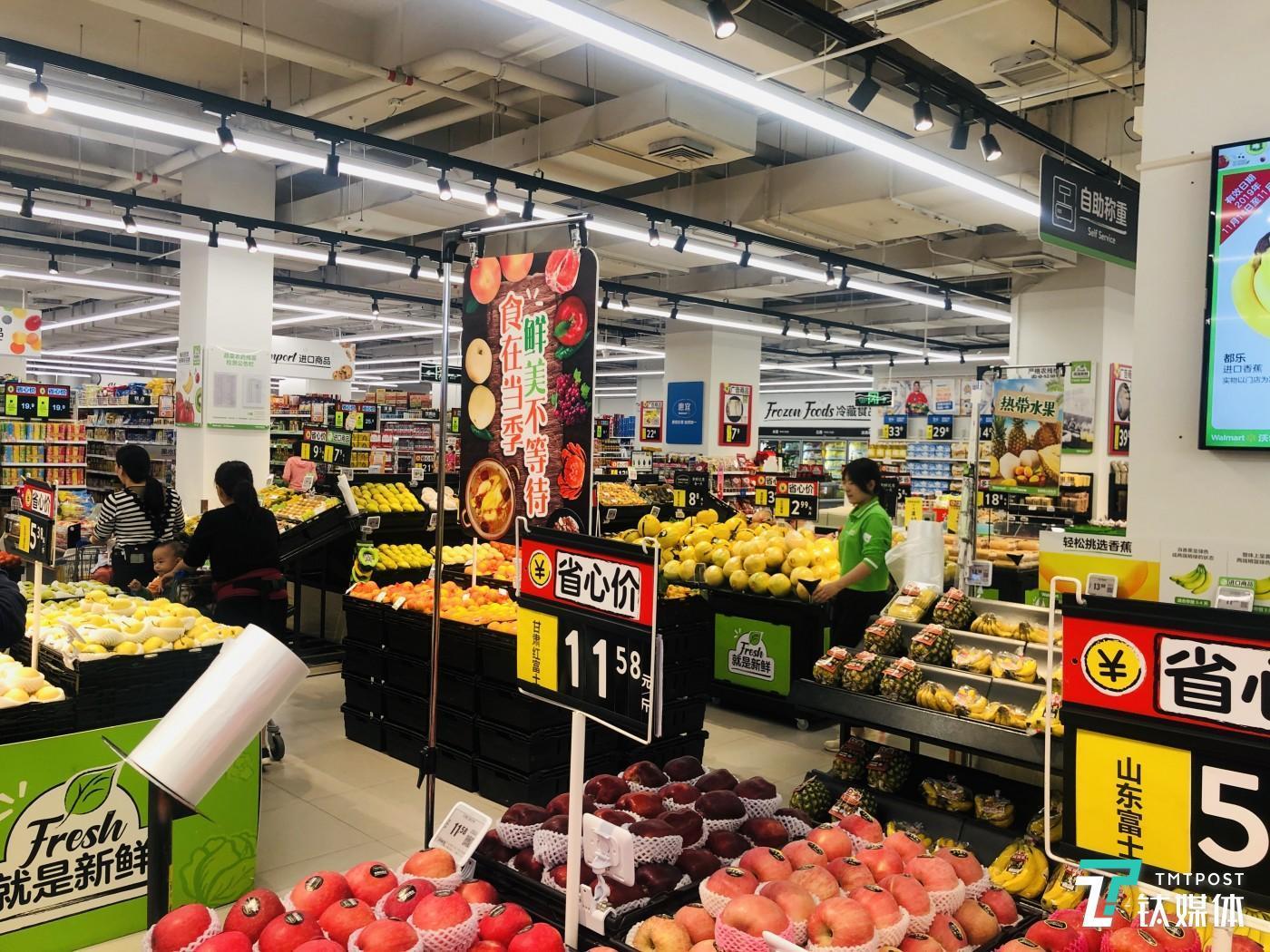 However, as a matter of fact, fresh food is not Walmart's strong area. It explains why the majority of products sold in Walmart stores are household items; that is because in this product category, Walmart is able to exploit the advantage of its superior supply chain even more. In order to make improvements to its fresh food section, Walmart has been increasing its corresponding investment in recent years.

In March this year, Walmart's South China Fresh Food Distribution Center in Shatian Village was opened and put into operation. The project cost Walmart more than 700 million RMB, the single highest investment for a project by Walmart in China, as well as its first tailor-made distribution center in China.

In July this year, Walmart made a further announcement that in the next 10 years, it plans to invest 8 billion RMB into upgrading its logistics supply chain in the Chinese market, which will be used to build or upgrade more than 10 logistics and distribution centers.

In order to increase the competitiveness of fresh food items sold in its stores, Walmart has this year also introduced its own private brand - many of the fresh food items sold at Walmart's neighborhood markets now carry the label ‘Marketside’, Walmart’s in-house brand. The categories of products wearing the ‘Marketside' label include fresh meat, vegetables, delicatessen and baked goods. In addition, yet another Walmart private brand, ‘Great Value’, commonly seen in Walmart supercenters, can also be found in Walmart stores.

In-house brands are considered a key contributing factor to Walmart's differentiation value and competitiveness. Consumers familiar with Walmart should know that the supermarket chain’s private brands are highly competitive in terms of performance-to-cost ratio.

Last year, Walmart also introduced its own fast fashion brand ‘George', in so further deepening its strategy of product differentiation. 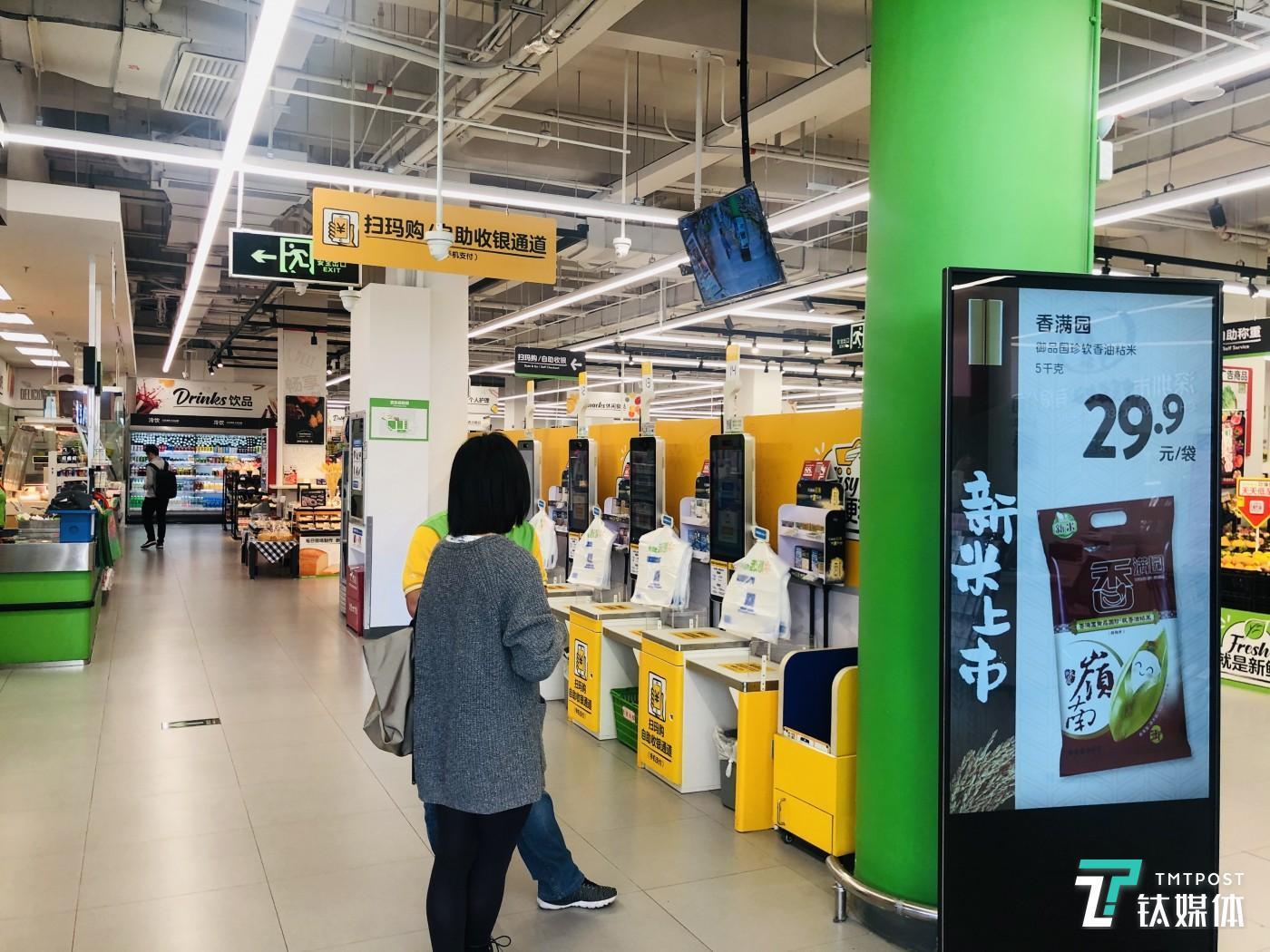 The other point of differentiation that Walmart wants to offer its customers is a more convenient shopping environment. In the Walmart neighborhood market, there are only two staffed cashiers. Consumers can complete the whole shopping cycle faster and more conveniently by scanning QR codes to make payments and self-checkout. The store manager informed TMTPOST that the current number of purchases that are being paid using QR code scanning and self-checkout accounts for 40% of all store sales.

In terms of the back-end operations development, Walmart has also optimized for efficiency. For example, this year, Walmart distribution centers introduced an automated unpacking and sorting system for neighborhood markets, which repackages products to be distributed into small sales packages, optimizing merchandise turnover and improving the operational efficiency of neighborhood markets.

After more than a year of iterations, Walmart has realized it is now time to roll out more stores at scale. "Faced with changing consumer tastes and needs, we will satisfy our customers through implementing different business types and omni-channel strategies. We are contemplating and exploring the future direction of the retail world based on the needs of our customers. In terms of the tempo of opening up new stores, we will accelerate our efforts to open up new stores at scale according to our business development needs and after sufficient market verification," said James Ku.

This article was edited by Dido Pang. The original Chinese version was written by Xie Kangyu.