摘要： In this period of reform, users naturally first come into contact with the changing functions of automobiles. The forces that are pushing this reform forward are automobile part and component manufacturers.

The auto industry has a history of development spanning more than a century. As a product of technology that has completely changed how human beings travel, the automobile has been undergoing a new round of reforms in recent years with the technological aspect an increasingly more important driving force behind development. In this period of reform, users naturally first come into contact with the changing functions of automobiles. The forces that are pushing this reform forward are automobile part and component manufacturers. As with well-known suppliers Bosch and Contemporary Amperex Technology, Japan-based DENSO is another supplier of automobile technologies, systems, and components and parts.

Established in 1949, DENSO now has a history of 70 years. Currently, it employs 170,000 staff globally, and the number of its affiliated companies has reached 211 worldwide. Its core business includes power transmission control systems, electronic systems, thermodynamic systems, information and security systems and small-sized motors. With the trend for electric and autonomous cars sweeping across the globe, DENSO is boosting its efforts in these two fields. 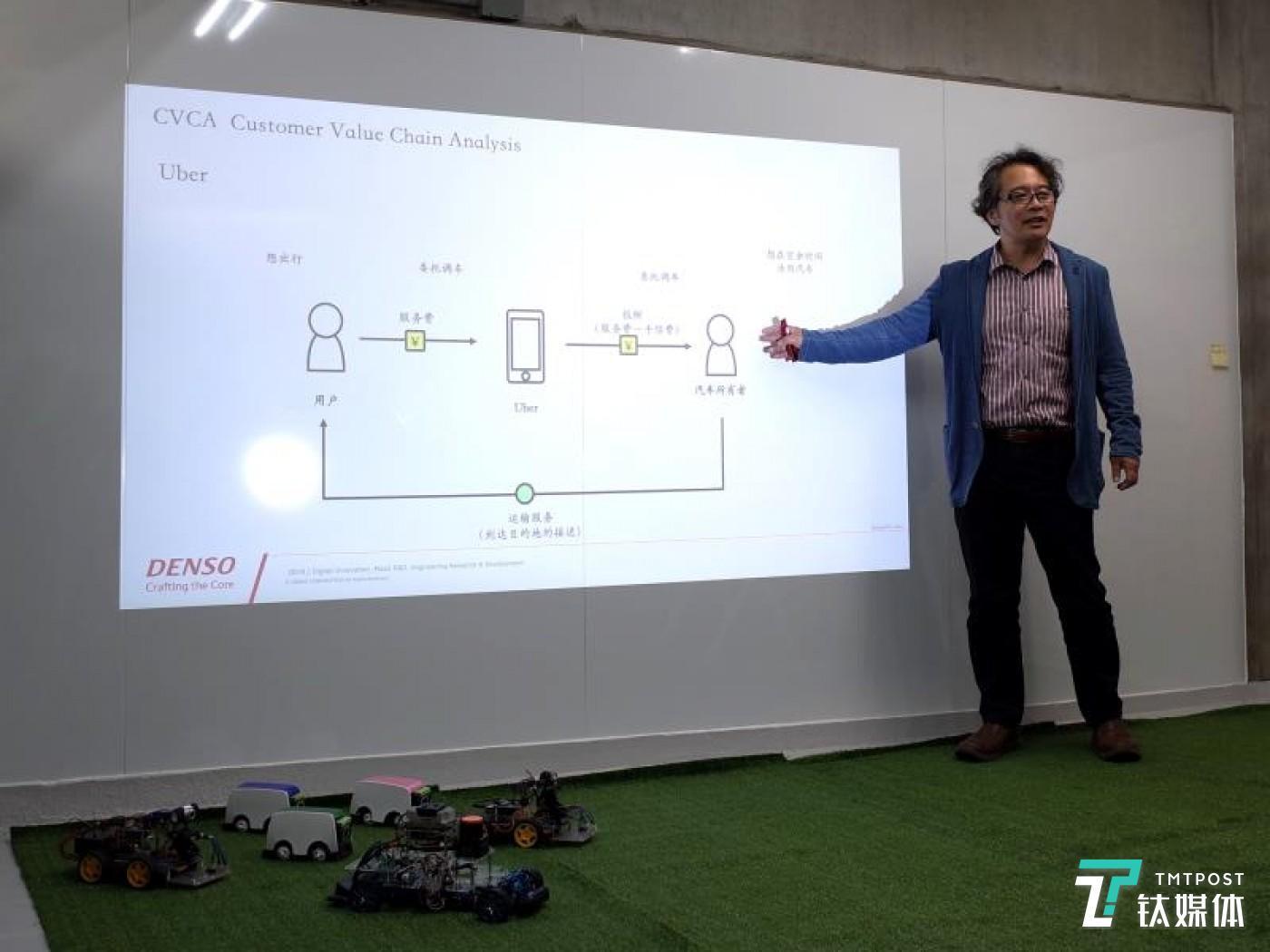 "The internet emerged around 1995 and now we have many technologies such as the IOT, AI and cloud. Our industry has undergone huge changes," said Takeshi Narisako, Director of MaaS R&D Division, as he introduced his division. "Many ideas considered new at the time, which even now seem like fairy tales, have become reality after 10, 20 years, such as AI, robots, cloud services, mobile phones and social media. The information age demands that enterprises further speed up the process of thought conversion."

Narisako claimed that the automobile industry is currently facing a period of reform which only occurs once every century. This time round, the centurial  reform is focused on CASE, which stands for intelligent and connected, self-driving, shared and electronic cars. With the development of electric cars, motors are slowly becoming obsolete. Motors are made up of a large number of parts and components, while the development of electric cars, requiring smaller amounts of parts, means that parts and components needed for each car are becoming fewer and fewer.

For DENSO, as a car part and component manufacturer, decreasing numbers of motor cars, due to the development of all-electric cars, also means decreasing demand for parts and components, posing a detrimental situation for the company's development. Consequently, the company needs to explore new paths of development, while maintaining its current business operations. DENSO believes that IT and software will be absolutely essential elements in the future automobile industry, and thus the company is actively engaged in IT and software business development. The real world has a plethora of examples of industries that have been changed by the internet. Of note, Alibaba trailblazed a new shopping model by using the internet to connect customers with businesses, avoiding the usual layers of sales and marketing sandwiched in between.

Furthermore, an enterprise such as DENSO has not only to manage a large workforce and number of projects, but faces diversified needs from car manufacturers. If DENSO can not think outside the box, the consequences could easily be significantly lowered efficiency, and wasted human and material resources. In order to deal with this situation, DENSO established its MaaS R&D Division; it can be understood as an agile R&D division. It is unlike any traditional company in terms of its mode of operation, employee structure, enterprise culture and office environment.

Inside the MaaS Division, Takeshi Narisako and his team have adopted a totally new way to solve problems, by simplifying requirements, reducing communication hurdles with clients and speeding up R&D processes, the combination of which helps the company provide new services for its clients and explore new business models. Takeshi Narisako told TMTPOST that the organizational structure of the MaaS R&D Division is same as that of any start-up enterprise; the one ultimately responsible for the product is the project leader, who coordinates the research efforts of all technology-based staff to produce new innovations. Currently, there are 15 such teams, with a new project developed roughly every three months. 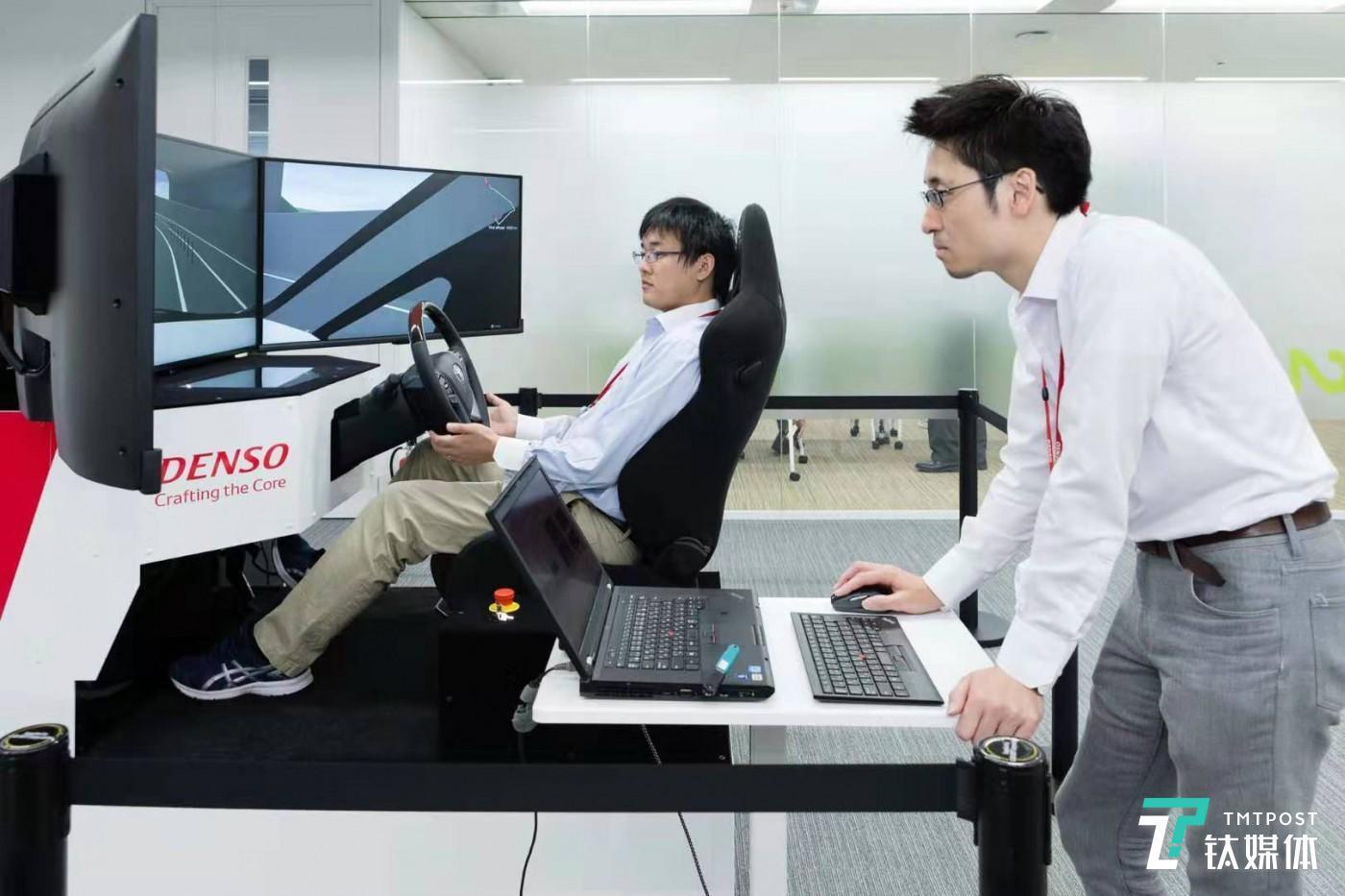 This time round, TMTPOST also visited DENSO's R&D center in Tokyo, whose primary research focus is autonomous driving. Higuchi Masahiro, Director of Advanced Mobility Strategy Division, expressed his vision for a future ideal automobile society as one in which people are able to move safely, comfortably and freely. The center's goals include a reduction in traffic accidents, mitigation of traffic congestion, support for senior mobility and the provision of solutions for the problem of insufficient drivers.

During the visit, Masahiro also emphasised Japan's unique characteristic as a 'super-aging' society with the world's highest proportion of elderly citizens. For Japan, how to solve the issue of senior mobility, including the problem of insufficient drivers, is a pain point in the domestic automobile market that needs to be urgently addressed. The integration of IT and mobility is an important approach with which to solve this conundrum. At the same time, DENSO provides ideas for solutions in four separate (technological and business) aspects: prediction, visualization, coordination and growth.

The prediction function focuses primarily on the environment and road conditions, for instance, the presence or absence of road works and accidents, but also the risk prediction of part or component malfunction in the vehicle itself. In fact, it is similar to the traffic jam avoidance functions on mobile apps that we have now; only in the future, the prediction function will further weaken the perceptibilities of passengers due to its stronger data collection and management functions. One more area of focus is visualization, such as the visualized promotions of  urban safety, and visualization issues related to the mobility of senior citizens and children. Travel will no longer be the simple case of driving from A to B, but a service too.

In future mobility and travel scenarios, the coordination and connectivity of many different means of transportation will become essential. The planning of routes that achieves optimal coordination of flights, ships and cars will effectively improve transportation efficiency. In comparison, the concept of 'growth' proposed by DENSO seems to be a bit difficult to understand. In lay terms, it refers to reform in the ways users use and manage cars, through updated methods such as OTA, and includes improving the value of cars by car sharing. 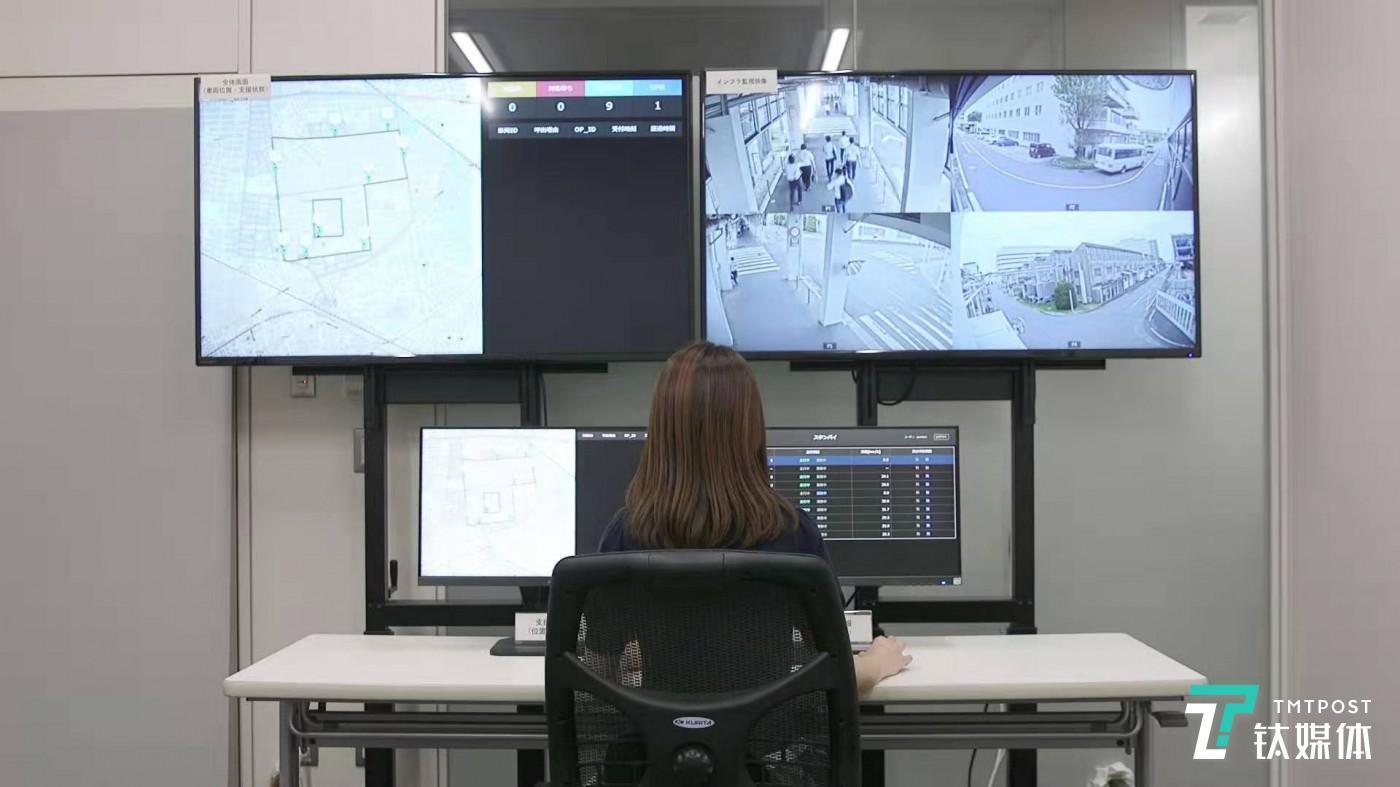 Besides the overall planning of DENSO's business in the travel of the future, the R&D division is also speeding up the implementation of its autonomous driving research. According to Higuchi Masahiro, DENSO's experiments on autonomous driving were first carried out on Kumejima of Okinawa in 2014. Later, in 2017, verification experiments were carried out in Abashiri on the island of Hokkaido. The ensuing verification experiments were carried out in 2018 in Kariya, location of DENSO's headquarters, and Tokyo.

In regions outside Japan, DENSO conducted road verification experiments in Michigan in 2017 and in Munich in 2019 respectively. Furthermore, DENSO will open up an autonomous test driving zone, experimental vehicle preparation area as well as offices in the peripheral region around Haneda Airport in June 2020. TMTPOST also inquired into relevant laws and regulations in Japan, the level of attention that the Japanese government pays to autonomous driving, and relevant restrictions. Director of DENSO's Advanced Mobility System R&D Division Hajime Kumabe responded that, in Japan, autonomous driving related tests need government permissions, and in terms of transportation laws and regulations, for the time being, no laws or regulations have been introduced governing this type of vehicle.

According to Hajime Kumabe, currently, DENSO has developed relatively mature technologies in L2 and L3 of autonomous driving, and has even already implemented some of them in mass-produced cars. In the latest live demo of its latest technologies, DENSO's road testing vehicles are able to recognize traffic signals and carry out autonomous left and right turns. Furthermore, in special environments, such as areas without traffic signals, the vehicles are able to be self-driven. When it is snowing and the sensors on the bodies of the cars are affected, they can still move within the lanes, relying on high resolution maps.