VIPKid Financing Finally Confirmed: Why Did It Take So Long?

摘要： This round of VIPKid's fundraising has not been without its setbacks.

On 8 October, the long rumored new round of financing for VIPKid was finally officially confirmed. The company claimed that the Series E funding round was led by Tencent and that the two parties will continue to deepen their cooperation in areas such as online education, AI, cloud services and the provision of non-profit education.

Although VIPKid did not officially disclose the specific figure of funds raised, industry insiders have informed TMTPOST that the message circulated internally among senior managers in the company places the figure somewhere around 1 billion RMB, which is mostly consistent with the figure of US$150 million reported by Dow Jones last month.

Furthermore, VIPKid has published one more set of figures: by August this year, the number of students on the VIPKid platform exceeded 700,000 and the number of North American teachers, 90,000.

Commenting on the news of this round of fundraising, Dowson Tong, president of Tencent's Cloud and Smart Industries Group, stated that the EdTech sector is a suitable fit for its vision and mission for the future of Tech for Good. He also said that Tencent is willing to help VIPKid establish a foothold in China as well as globally, to use technology to empower the future of education to benefit more students and parents, and that the industry and market will be more prosperous and invigorated as a result.

This round of VIPKid's fundraising has not been without its setbacks. According to a report early this year by The Information, VIPKid was seeking a new round of fundraising of US$400 to US$500 million with a valuation of approximately US$6 billion.

Since then, updates on the fundraising efforts of VIPKid has been reported on nearly every single month. However, during this period of approximately 10 months, not one piece of news that has emerged from VIPKid or any investment institution was confirmatory.

Even worse, at the end of this August, Reuters acquired information from several people in the know that Tencent, who has been an unswerving supporter of VIPKid, was considering shelving its investment in the company.

The news caused the company great turmoil in the market, while the article cited the strengthening of supervision by relevant regulatory departments as the reason for the potential pullout by Tencent.

The Reuters article also revealed that VIPKid downgraded its initial fundraising target of US$500 million to US$150 million. However, at the time, VIPKID advised TMTPOST that the news was not accurate.

During this period, certain investment professionals closely connected to VIPKid informed TMTPOST that this particular round of VIPKid's fundraising was not running as planned; for a period of time, LPs were undecided while some even withdrew their investment.

With the news of fundraising plagued by uncertainty, VIPKID experienced its own internal turmoil with numerous resignations of senior managers one after another.

Although VIPKid has not officially disclosed the specific figure of funds raised, if the above-mentioned figure of 1 billion RMB is true, then the result of this round of financing represents a significant cutting back from the US$500 million of the Series D+ round announced last May.

The only 'survivor' of online one-to-one education

Certainly, the shrinking in the amount of funds raised by VIPKid and its valuation is also related to conditions in the market, with the overall environment experiencing a 'capital winter'. Furthermore, in the field of one-to-one learning, this once bloodiest of battles for the entire education industry seems to have ended.

Online one-to-one learning was once viewed as the area in the education and training sector with the largest investment potential, as indicated by the success of unicorns including iTutorGroup, 51talk, VIPKid, and DaDa English, bringing a tinge of excitement and energy to the education industry, once better known for its sluggishness, with their repeatedly updated record fundraising figures, and rapidly expanding valuations and operational scales.

iTutor Group (formerly TutorABC before it changed its name) that once broke the global record for a single round of financing in online education, once announced it would be listed overseas in 2018 before choosing instead to be acquired by Ping An Insurance. At the same time, VIPKid's fiercest and oldest competitor Data English has been rumoured to be acquired by Tomorrow Advanced Life following its D round of financing. 51Talk which was listed three years ago before everyone else, has been struggling in a quagmire of losses since its transition from one-to-one English classes to K12.

It is fair to say that the fate of all players this year has been decided for the time being, with one after another withdrawing from the battle. Only VIPKid is seeking its own independent development.

As the company with the largest market share in the domestic one-to-one English teaching market, every single action of VIPKid attracts attention from the public. In a sense, whether VIPKid will able to rekindle confidence and passion in people both internally and externally depends solely on whether or not Cindy Mi is able to attract a new round of funding. 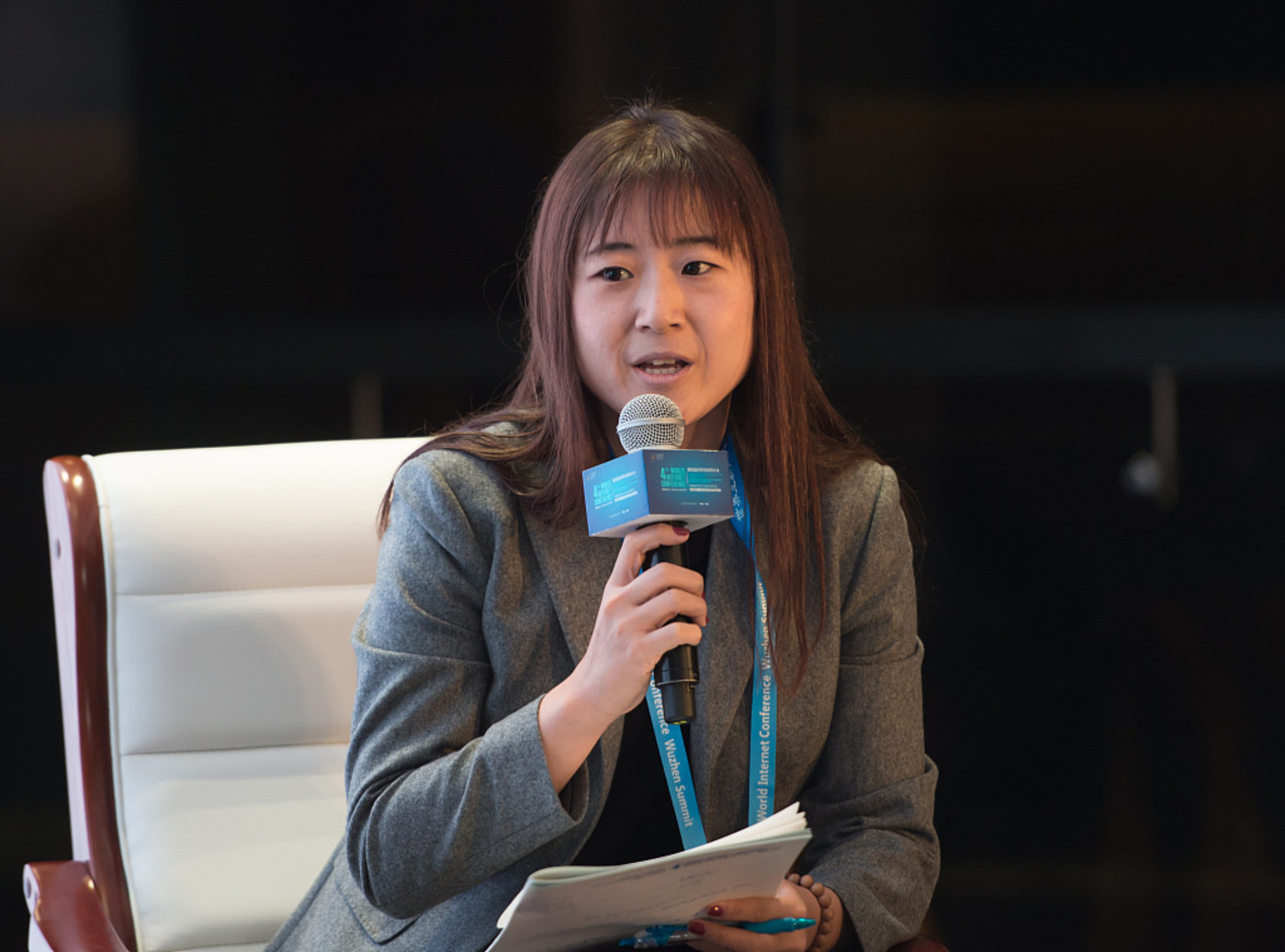 VIPKid was founded in 2013. With the then popularity of 'Internet Plus' (a term put forward by Chinese authorities, meaning to combine tranditional industries with the internet) and thanks to the optimistic view of one-to-one English teaching by native speaking teachers in the market, Cindy Mi and her team built an online platform from the ground up with an astonishing ability to coordinate resources in order to connect North American English teachers and Chinese children.

Its business was thriving. "Their platform is changing things," were the words of retired NBA star Kobe Bryant in an interview with 'Los Angeles Times' in 2016 at the time that Bryant Stibel, the venture capital fund founded by the sporting legend and tech entrepreneur Jeff Stibel, invested in VIPKID. Kobe stated that it took him only five minutes to make his decision to invest in VIPKID.

The rise of VIPKid happened to satisfy the need of a new generation of Chinese parents for practical and tailored English teaching of their children. At the same time, the online education model is not only cheaper than offline options, but also removes the time required for transportation to class, making it especially effective in China's super fast-paced first-tier and second-tier cities.

However, there are also obvious drawbacks to this model. Besides constant bubbles in the industry brought on by competition and capital fervour, VIPKid has no other options but to target lower-tier cities if it wants to further expand its client base. However, for this lower-tier market, the cost of one-to-one learning is intimidating for many parents, particularly in comparison to the prices of one-to-many English classes.

Many online education startups are trying to break the curse of one-to-one online learning falling into a pattern of diseconomies of scale. However, judging from current conditions, the situation has not improved.

Furthermore, following the rapid development of recent years, the drawbacks and chaos of the online education industry have drawn attention from the regulatory departments.

This summer, the first national regulation document targeting issues related to the development and standardization of the online education industry, which has specifically laid down and publicized specific requirements for the employment of foreign teachers including their education, work and teaching experience, was publicly released by six departments (including the Ministry of Education).

All signs indicate that VIPKid has been having a difficult time of late. In fact, beginning from last year, VIPKID has started making efforts to break away from its positioning of a one-to-one learning platform by introduced its online Chinese learning platform, Lingo BUS, as well as classes of one-to-four.

At the same time, experiencing difficulty in its efforts to expand and develop further in the changing market, VIPKid has adopted the strategy of broadening its subject base. There has been reports that VIPKid has for some time been testing the model of online teaching of science subjects.

However, judging from the current observations, such attempts have not made much of a difference in the short run. How Cindy Mi and her team manage to make any breakthroughs in the current climate of pessimism once VIPKid receives the money from its new round of financing is something that everyone is watching closely.

This article was edited by Dido Pang. The original Chinese version was written by Li Chengcheng.