MINISO Plans a Listing: Will the IPO Support a Healthy Growth of 'Two-Dollar Stores'?

How to maintain growth once the novelty wears off will undoubtedly pose huge challenges to retail outlets such as MINISO, which have already become accustomed to low profits and quick turnover.

According to a Bloomberg report on 25 June, Chinese budget retail chain MINISO is planning its IPO. The listing could raise as much as US$1 billion for the company, which is already inviting banks to underwrite the business. As yet, there is no confirmed timeframe, though sources indicate it may be issued in either the U.S. or Hong Kong.

According to the report, those in the know indicate that discussions on the IPO are still in their early stages, with details such as the scale of financing likely to change.

In response, MINISO made the announcement that the IPO project and its Equity Incentive Plan were already officially launched over a year ago at MINISO's Brand Strategy conference held on 15 January, 2018. At the time, the company stated that it hoped that through issuing the public offering, new channels of fundraising could be added in order to provide the financial support necessary for MINISO's global business expansion.

Since its establishment in 2013, MINISO has focused on low-end household goods, adopting a strategy of low cost, low gross profit and low price, and has expanded rapidly, riding on the waves of popularity of new retail.

According to information made publicly available, MINISO has already opened more than 3,600 stores in 86 countries and regions globally, employs more than 30,000 staff and has achieved US$17 billion in operating revenue. 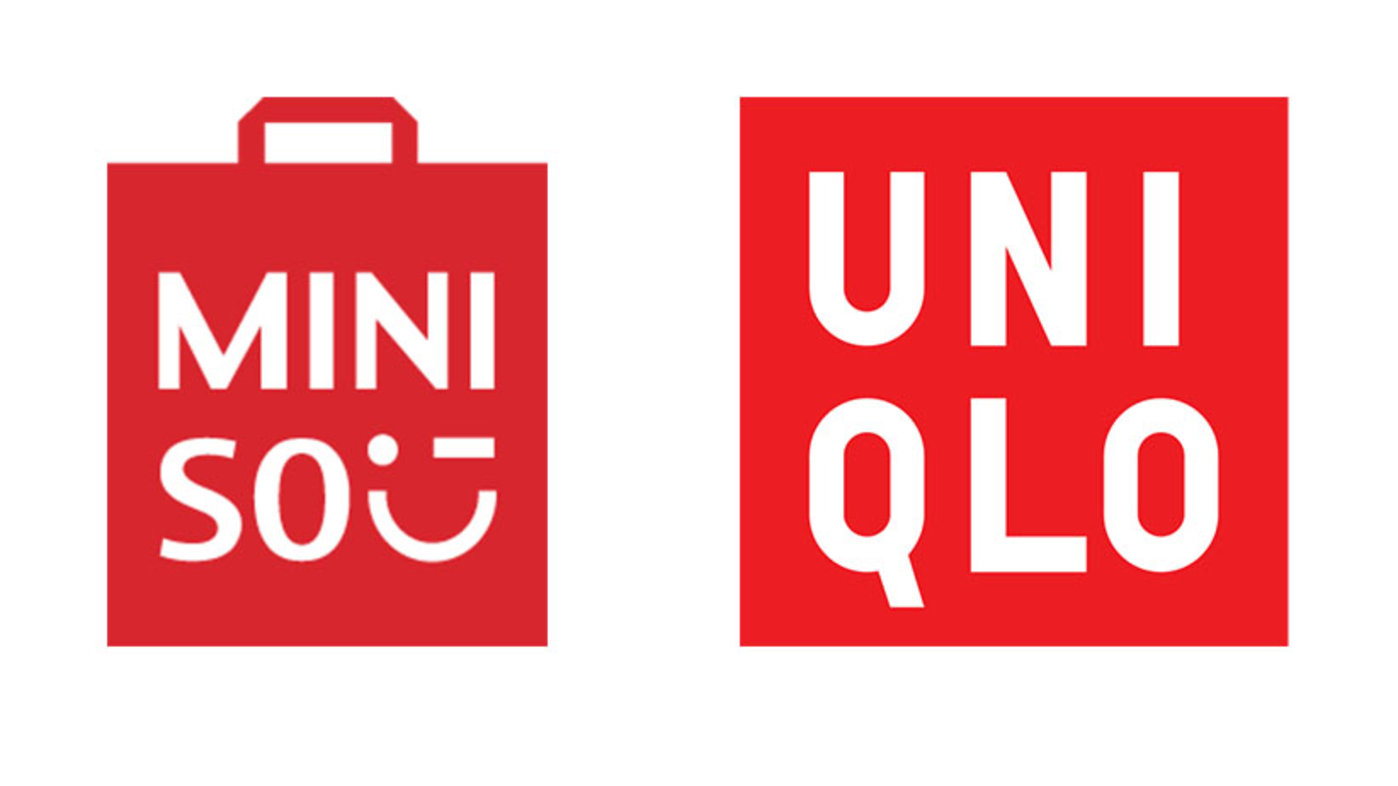 The 'two-dollar store' retailer with a logo similar to that of UNIQLO and a strategy that mimics MUJI, is poised to face its big day.

The logic behind MINISO's rapid rise

Under pressure from the rapid expansion of e-commerce's big players, major cracks have surfaced in the business of traditional brick-and-mortar stores, whose survival itself appears on the brink. However, the 'two-dollar store' concept represented by MINISO and its global expansion over the last six years appears to be unexpectedly bucking the trend of a sluggish retail scene.

The reasons behind MINISO's boom in popularity cannot, in fact, be explained by the export-to-sales story fabricated by the company's founder Guofu Ye, who attributes the success, firstly, to the sale domestically of products originally intended for export and, secondly, establishing the designer brand in Tokyo in cooperation with Japanese designer Miyazawa.

Objectively speaking, the core reason why MINISO is able to effectively sell low-cost and reasonably well-designed products, both at low cost and with low gross profit, is the supply chain system.

MINISO products are manufactured mainly by Original Brand Manufacturers (OBMs). For instance, its perfumes are produced by Chanel's OBM, Givaudan, and its eyeliners manufactured by Dior's OBM Intercos.

Furthermore, in contrast to the traditional 'two-dollar store', MINISO has copycatted MUJI in a number of aspects such as store decoration and product display. Besides its low prices, a huge SKU and high product-update frequency are also important reasons behind MINISO's success.

In terms of site selection, following the operational logic of the traditional 'two-dollar store', most will choose locations with high volumes of human traffic such as nearby train stations or bus stops, in low-end communities housing residents with relatively low buying power or in the vicinity of schools. However, MINISO has acted against this conventional wisdom by opening its large brand-focused stores in bustling urban districts. The value of these retail outlets lies in their profitability and brand promotion capability. In the commercial complexes of China's second, third and fourth-tier cities, MINISO stores prefer to be the neighbors of other FMCG outlets, such as Watsons.

It is now clear that MINISO's strategies have helped to significantly improve the public's perception of the 'two-dollar store', which fits nicely with a concurrent downgrading in the products of brick-and-mortar chains, already left out of the already fiercely competitive high-grade consumables market.

Can other 'two-dollar stores' prosper?

It must be said that MINISO has allowed the industry to once more realize the value of offline retail, from its birth up until its currently planned IPO.

In September 2018, MINISO for the first time received a capital injection from outside the company, obtaining a strategic investment in the amount of 1 billion RMB from Hillhouse Capital Group and Tencent. The funds will allow MINISO to accelerate both its forward planning in the smart retail sector, as well as its overseas market expansion. The company's medium-term strategic goals include opening 10,000 stores across 100 countries by 2022, including 7,000 stores outside of China, and achieving annual revenue of 100 billion RMB.

In fact, besides MINISO, a number of other (new and old) brands such as NOME and Sanfu have found the means to cut out some fresh business opportunities amidst the general downward trend of the market. 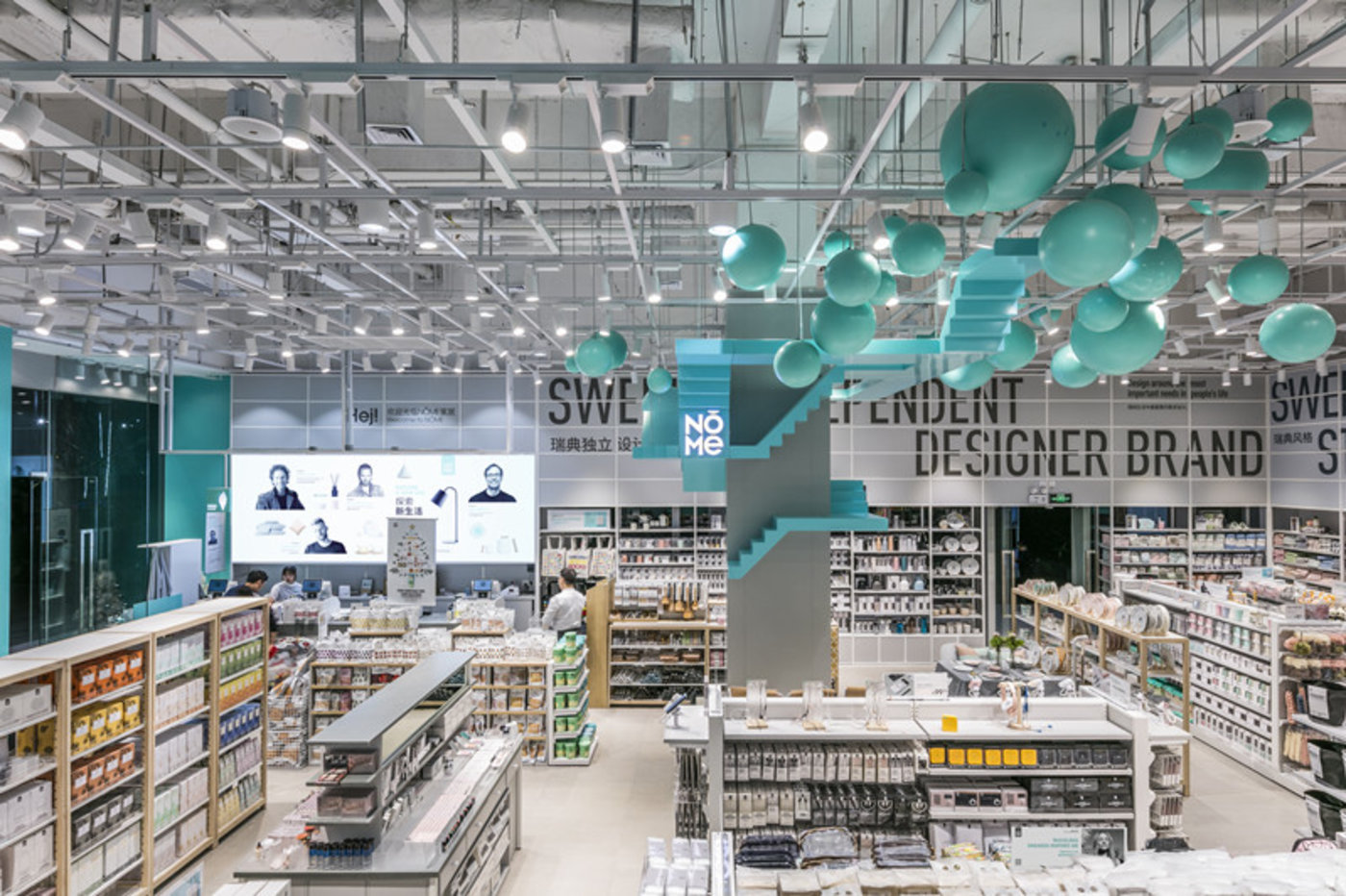 This does not mean, however, that just any industry player will be able to make a bucket within this competitive landscape.

To start with, imitation is a strategy that has helped stores like MINISO earn their initial success. However, problems such as a low threshold of innovation or the homogeneity of products have also led to the appearance of a large number of players of varying quality in the market, which will not help in the long run to alter the stereotypical image of the 'two-dollar store'.

In addition, the huge SKUs and high product update frequencies of large retail chains such as MINISO help foster rapid customer recognition, while marketing on social media platforms such as TikTok also effect any surge in popularity. In other words, stores like MINISO hope to use the sale of daily consumer items (at high repurchase rates and low unit price) to drive the sale of durable goods (at low repurchase rates and high unit price).

Practically speaking, any rapid change in consumer tastes requires a high level of responsiveness in the supply chains of these 'two-dollar stores'. However, with most in-store products not inelastic, the popularity of any so-called 'best-seller' is usually short lived, and the long-term popularity of any single product is difficult to achieve.

In addition, under the current trusteeship and franchise model, the brand's current level of control in this downward market will likely weaken. How to maintain growth once the novelty wears off will undoubtedly pose huge challenges to retail outlets such as MINISO, which have already become accustomed to low profits and quick turnover.