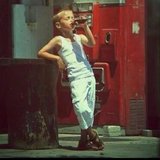 A string of investment banking elites have opted to join the world of smart electric vehicle manufacturers as the next step in their career paths, causing people to wonder the reasons behind this choice. TMTPOST interviewed Bobby Bao, former managing director of Fidelity Investment Group in China, now Managing Director of the Strategy Department at XPENG Motors. 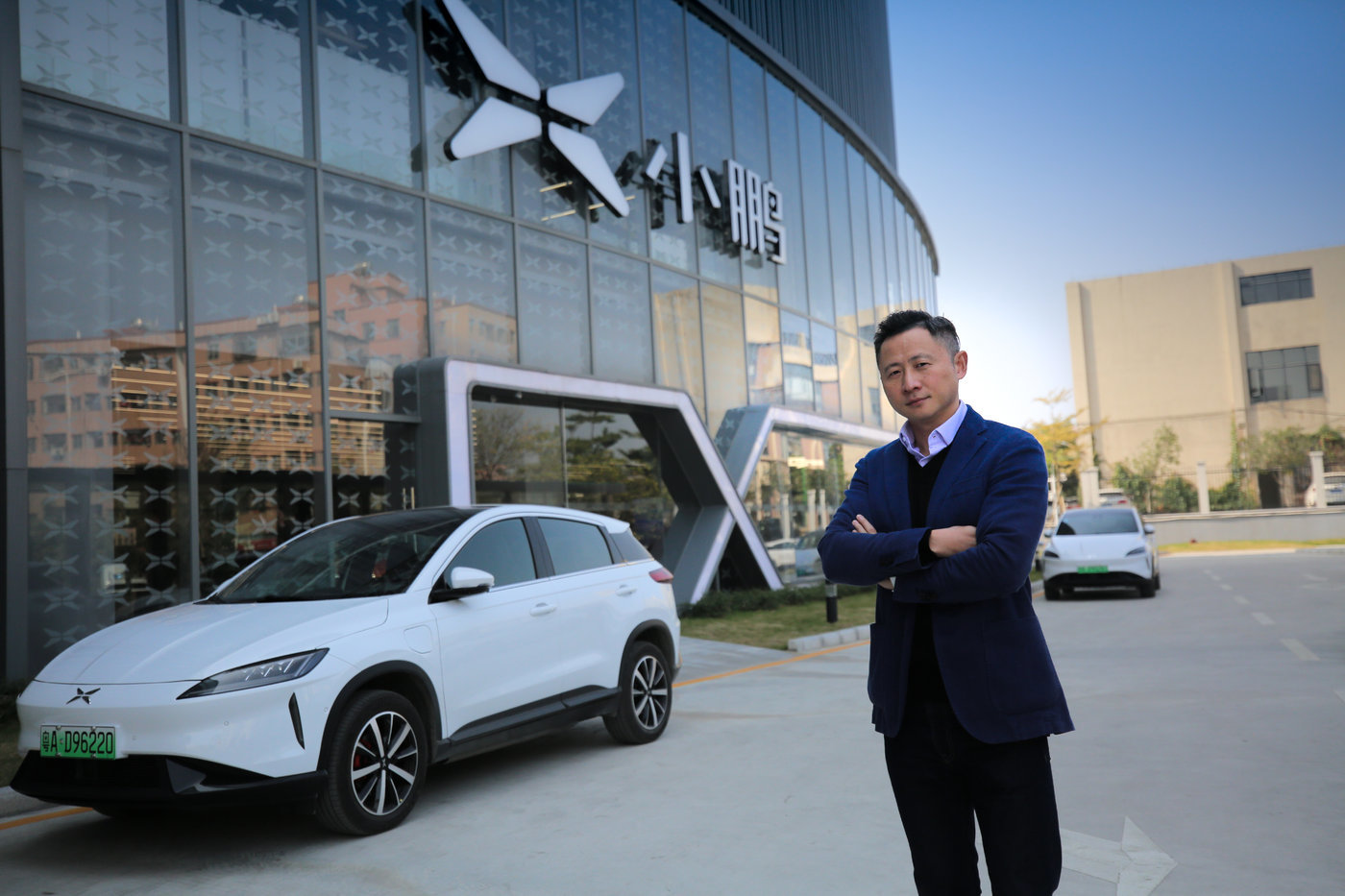 The convergence of a diversity of talents has become a significant feature in the new auto-manufacturing landscape. These days especially, with the requirement of huge capital injection and complex asset allocation, the industry has recruited a large number of investment bank and fund industry senior executives. They include former managing director of Goldman Sachs China investment banking division Charles Cheng, now co-president at BYTON, former chairman of Asia-Pacific investment banking at J.P. Morgan Brian Gu, now vice-chairman and president at XPENG Motors, and former managing director of Fidelity Investment Group (China) Bobby Bao, now Managing Director of the Strategy Department at XPENG.

A string of investment banking elites have opted to join the world of smart electric vehicle manufacturers as the next step in their career paths, causing people to wonder the reasons behind this choice. TMTPOST interviewed Bobby Bao, former managing director of Fidelity Investment Group in China, now Managing Director of the Strategy Department at XPENG Motors.

"I won several Lipper Awards during my time at Fidelity. But I reached a bottleneck in terms of the challenges and the richness I was enjoying in my career; I could only envision myself doing the exact same thing a decade later. But the new electric vehicle industry is very large, its growth rate is very fast, so many fields and industries are involved in it, and there are many new applications to discover.

"Switching to a new job means starting again from scratch. I guess you just have to push yourself hard to adapt quickly to a new environment," Bao remarked.

Bao says the biggest change he experienced was the switch in roles; in his own words, "formerly an investor on one side of the table, now a financier on the other."

Below is an excerpt of the interview (edited):

Investor to entrepreneur: Making the switch

TMTPOST: Was joining XPENG Motors a hard decision to make?

Bobby Bao: It was definitely not an easy decision for me. It meant a complete career change, a big switch. I was sitting on one side of the table (as investor), now I'm on the other (as financier). Of course it was a big decision. But I didn't take long to decide.

As an investor, I did a great deal of research on the US automotive industry during the period 2002 to 2004. I was an analyst in the automotive field, specializing in global energy and automotive-related targets. I also managed Fidelity's automotive fund; I was responsible for the selection of automotive standards for investment, including global OEMs, suppliers and distributors. So I also have research and investment experience in Japanese and European automotive supply chains.

Looking back now, I realize in fact that from that time on I'd already formed a close relationship with the industry. I wrote an internal report stating that American OEMs would face huge financial risks prior to 2010 given their current business models, profit conditions and balance sheets. The forecast proved accurate, because in 2008 the financial crisis led to a restructuring of General Motors, government funds were burned; Chrysler was also Daimler at the time, but later sold to FIAT.

Fidelity's first Chinese branch was established in Hong Kong. Since then, I have been talking to and investing in various automotive-related companies, including SAIC Motor, Geely, Great Wall and Chang'an. So in fact I've been tracking and investing in this industry all along.

TMTPOST: In your opinion, what matters more - the team or the product?

Bobby Bao: For me, both matter. No team, no product. It's the team that decides the product. Look at Alibaba, Tencent - their early investors invested in totally different products and business models to those of today. Alibaba wanted to make a yellow pages, do B2B; now its business is C2C, B2C and B2C2C.

Therefore, the key determinant of a start-up's success is the team. Only the strongest and most hardworking teams can survive and succeed in a constantly changing industry.

The emphasis on the team is also the outcome of my 20-plus years of investment experience.

In 1997, when I had just started my career as an investor, I met Jeff Bezos. At the time, Amazon already had a valuation of a few billion US dollars. We listened to Bezos speak in a room smaller than this one. He knew what he was talking about, he was very passionate. But I found the man a bit strange; at times he would laugh alone, sometimes for as long as 5 or 6 seconds. It felt awkward.

After his talk, I asked a few senior fund managers at Fidelity for their opinions.

And they replied, "I will invest."

I couldn't understand, and so kept pressing them on Amazon's business model and valuation. Amazon was neither the first nor the only online book seller. Barnes & Nobles, the biggest offline bookstore at the time, also wanted to open an online store. How could Amazon stand out? The valuation wasn't cheap, sales weren't good. There were lots of issues and I just couldn't figure out its business model or income source. Then an experienced colleague told me, "You are overthinking it. My focus is on the person and his team."

Let's look at Amazon now. For the last three years, a third of its valuation has come from the Cloud. Did we even know the Cloud back in 1997? Of course not. There are loads of these kinds of stories. To summarize, a successful long-term investor bets on people – the company founder, the founding team.

TMTPOST: Besides the founder and the team, did you read up on the investment fundamentals before making this career change?

Bobby Bao: Of course. I met Li Bin from NIO many years ago. I read up on his other public companies, and I have been in contact as an investor with NIO in the last few rounds of financing. 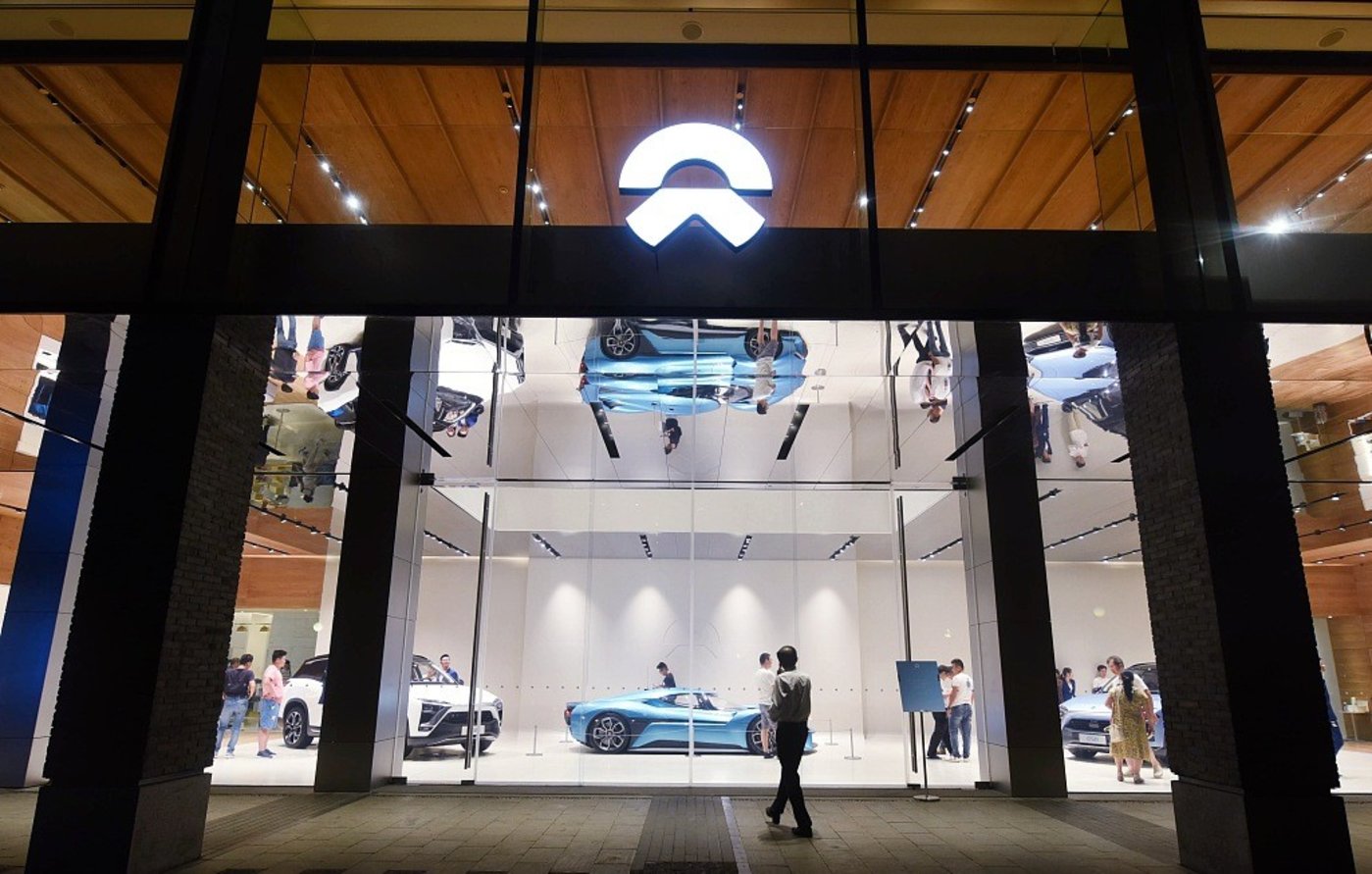 NIO has a different strategy to XPENG. NIO is taking the more sophisticated route of the high-end luxury car, while XPENG is designed for the general public and the younger market. XPENG Motors' goal of establishing an intelligent operations and service ecosystem will depend on the level of sales and ownership. Don't get me wrong – NIO's vehicles are good, but their sales are much smaller than ours.

Every start-up ultimately has to face its financial conditions. In the financial sector, an investor must build a financial model for each bid; the model determines a company's cash flow, from which is derived the business value. What to input in that model depends on the assessment of experts: will you be able to sell 200,000, 300,000 or 500,000 vehicles next year? Those numbers become the input.

In an unchanging industry, the long-term winner doesn't need to be the most innovative; more likely, it will be the one with the largest scale, better cost management or distribution channels. On the contrary, in the ever-changing field of smart cars, the ultimate winner is the one that can best innovate, adapt to change and that is good at operations. I personally think XPENG Motors has the best shot at this.

No fear of economic downturn

TMTPOST: You are in charge of investment and financing at XPENG Motors. What proportion of your current workload is focused on investment?

Bobby Bao: There is not much foreign investment at this stage. XPENG Motors focuses on autonomous vehicles and the R&D behind it. We aim to develop independently, rather than by purchasing solutions from outside suppliers. We can't be the best at everything, of course, so if there are outside technologies or teams important to our future development, we are open for cooperation or even acquisition.

TMTPOST: It appears XPENG Motors is still in need of significant funding. What are your thoughts on today's macro-financing environment?

Bobby Bao: Financial institutions do have money. It is a totally different situation to that in 2008 when the financial crash driven by the subprime mortgage crisis occurred. Back then, liquidity in the financial systems of the world's major economies basically evaporated into thin air. Even the banks had no money. Central banks had to issue more money to save the whole capital market, not to mention individuals. But I still firmly believe that a good company, when it has a strong team, good product and business model, can get funded. Just like a stock that is bullish in a bear market.

Back to today, even though the macro environment isn't great, the Chinese economy is slowing and there's a risk of downside, something China's central bank admitted as much, the core concern for start-ups like XPENG Motors is whether or not there is capital in the market. The answer is yes.

According to statistics still incomplete, there is more than $US 350 billion available in bidding for Asian projects. We have been in talks with several suitable investment institutions. This is an exciting time, the company is growing quickly. In December we launched our first car to market, the XPENG G3. Now our work is to help investors understand why XPENG has the best return-to-risk ratio, that's it.

However, precisely at what valuation, and at what speed to acquire funding, requires further thought. I believe that a good company that has a strong team, smart strategy and the right product has no problems seeking funds in today's market.

If the above points are not handled well, financing will be hard. Capital needs to be rewarded with returns, and it creates the highest returns under certain levels of risk. How can we compare the risks between XPENG and its peer companies? There is no standard answer to that. I need to make investors understand those points I mentioned earlier. XPENG offers the lowest risk for the highest return. This is my job.

TMTPOST: XPENG Motors has a current valuation of over RMB 25 billion. Do you think the number is overstated? Will it impact on subsequent financing?

Bobby Bao: I actually think the valuation is understated. Why? Go back to 2012 and look at the Model S and Tesla's share price. Model S was released on June 22, 2012. At that time, Tesla's share price was just US$30, its market value US$3.5 billion; this is basically in line with XPENG's valuation following the last round of funding.

One year later, at the end of 2013, Tesla's share price sat at US$190, while the company's market capitalization was US$20 billion, almost six times that of the previous year. What happened in that year? Model S entered the market. How were sales? Only 21,000 across the whole of 2013. 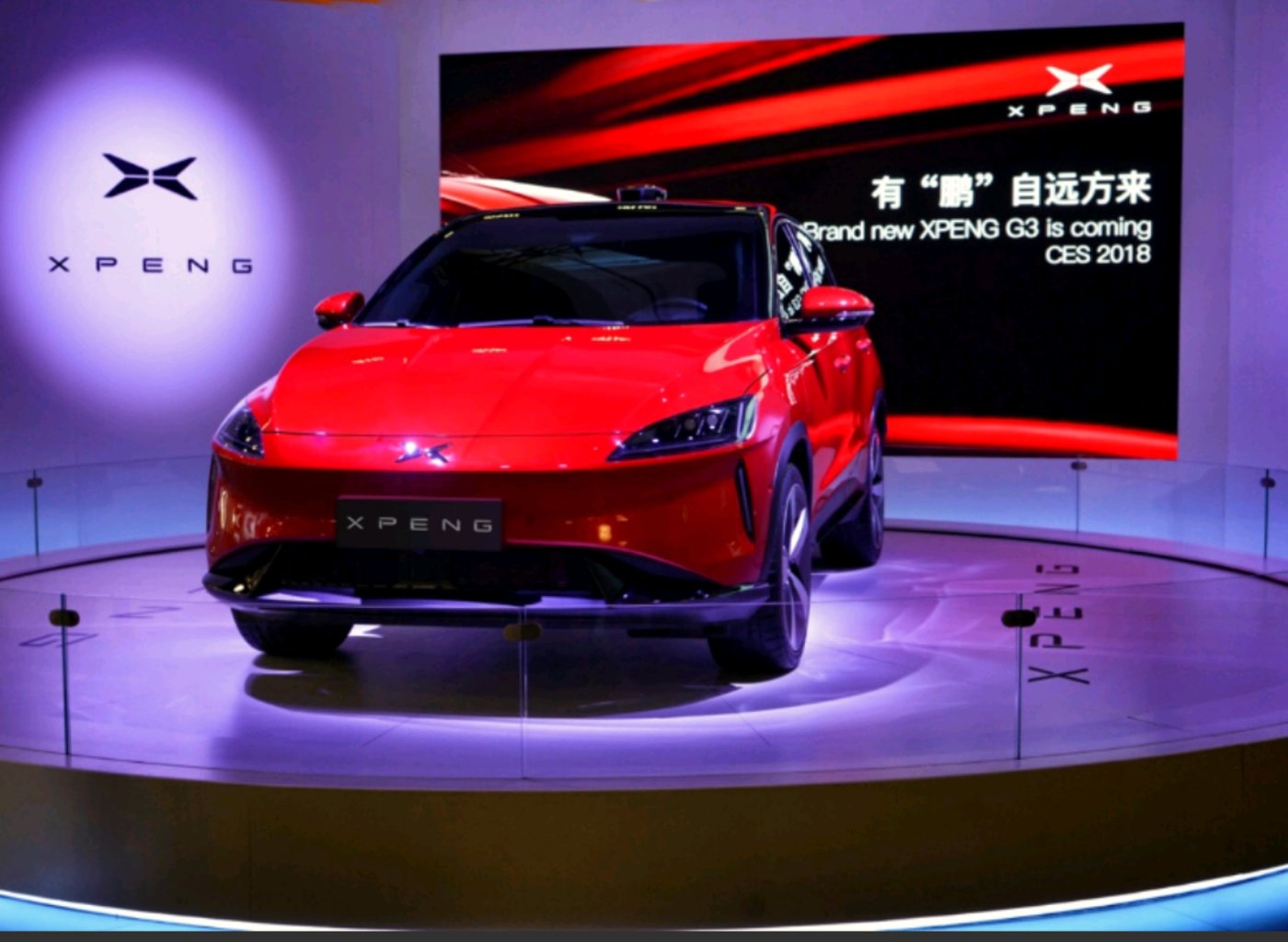 So, is there such a big difference between XPENG Motors and Tesla? The business models are basically the same. Perhaps there are some small differences, such as Model S is a car, XPENG G3 is a SUV, but they share the same vision with regards to autonomous vehicles and smart mobility. Tesla did it. Why can't we do it too? Why not?

XPENG Motors today has a more solid foundation and exists in more open market conditions than did Tesla at a similar stage, in terms of supply chain, battery technology as well as breakthroughs in AI.

Compared to Tesla and other new vehicle manufacturers, XPENG Motors has positioned itself uniquely. Ultimately, smart electric vehicles will be only one part of its business; XPENG plans to move further upstream and downstream along the industrial chain, increasing its revenue through the addition of value-added services, ultimately establishing a closed-loop operational ecosystem.

This article was edited by @Dido Pang. The original Chinese version was written by @Li Qin. 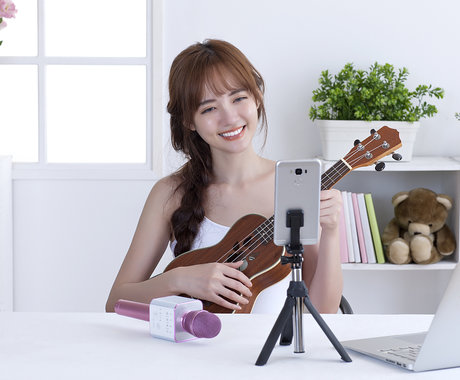 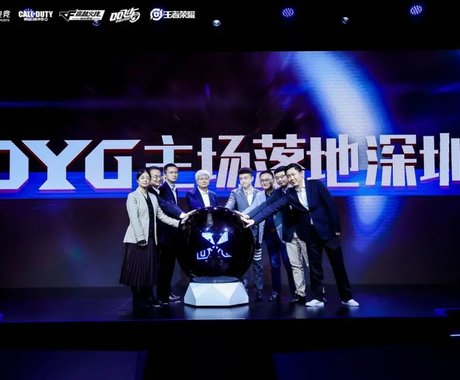 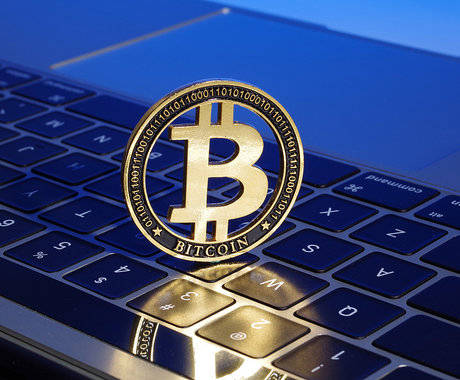 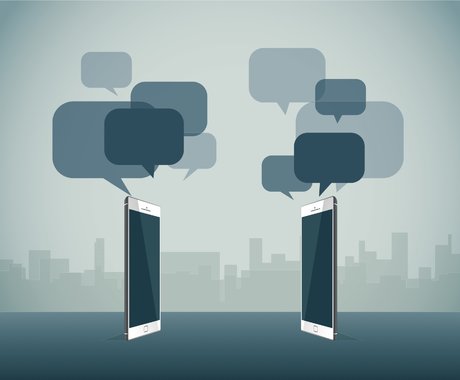