Interview with GM of Xiaomi Youpin: the Way Xiaomi Does Business of Household Items 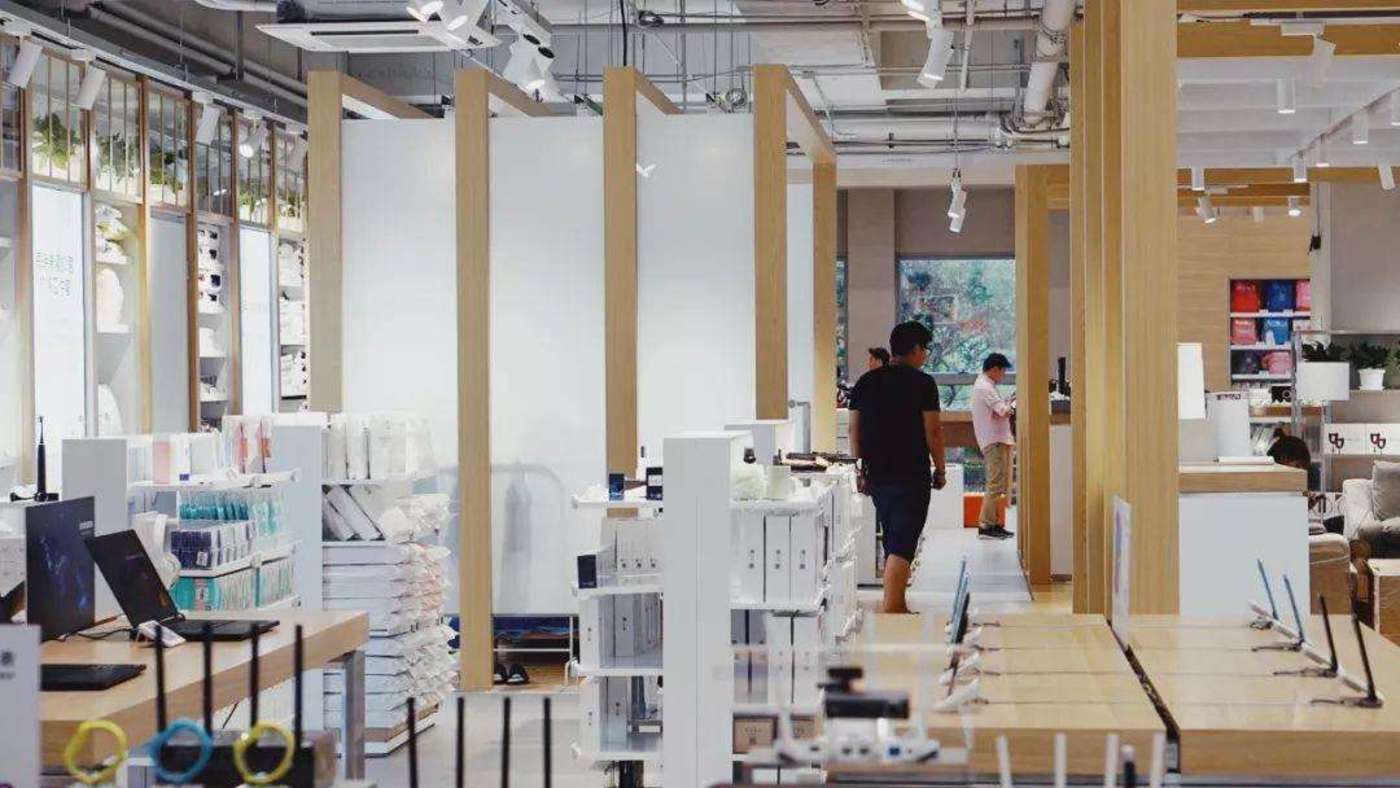 Among the numerous latecomers, Xiaomi with years of manufacturing experience is regarded as the most powerful competitor of NetEase Yanxuan. One expands from smart hardware to home products, while the other takes the opposite path, but they go towards the very same goal. Xiaomi, a mobile phone manufacturer, is now selling beddings; while NetEase, which sells slippers and socks, has involved in plug boards and speaker sales.

If NetEase's transition from home products to hardware is regarded as advancement, how come Xiaomi, which started with mobile phone hardware, is attracted to the small home products business? TMT recently interviewed Gao Ziguang, Vice President of Xiaomi ecological chain and General Manager of Xiaomi Youpin, to talk about Xiaomi's logic of entering living consumption field and how Xiaomi views the new consumption trend.

Why does Xiaomi turn to home products business?

Gao likes the self-deprecating title "coding peasant." From Tencent to Xiaomi, he has taken several positions of product owner. From Gao's perspective, all products are actually typed out with rows of codes, and the business is focused on users' demand after all, which also explains why Xiaomi is engaged in retail business.

Xiaomi Youpin launched online in April 2017, after split from Xiaomi Mijia app. Its predecessor was an e-commerce entrance on Xiaomi Mijia dock, mainly selling hardware surrounding products and consumable items. Xiaomi split this part and made it an independent app in order to "provide more complete e-commerce shopping experience and more abundant home products" as Xiaomi Youpin claimed when launched.

As a matter of fact, Xiaomi was already considering separating Xiaomi Youpin at the end of 2016. Until December 12, 2017, Lei Jun released an internal letter to announce that Xiaomi Youpin team was split from MIOT and became Youpin e-commerce division.

Before the establishment of Xiaomi Youpin, Gao was in charge of Internet of Things business in Xiaomi, during which the mass data produced made Xiaomi realize that many demands of users had not yet been satisfied. Since Xiaomi used to mainly sell hardware, the company has been thinking about how to increase the interactive frequency with users.

In addition, the users of Xiaomi are mostly males, so Xiaomi Youpin is also responsible for optimizing Xiaomi's user structure. "Since we don’t have popular products like WeChat or iQiYi, we have to take a new path and we've been thinking what else our users need. Plus our services for female users are too little, which explains why we involve in living consumption business."

Xiaomi has been exploring whether the successful Xiaomi Model that has been proved with mobile phone business can be duplicated. The Xiaomi Model is also known as "Popular Model," which Xiaomi interprets as "make touching and affordable products by means of Internet."

Having benefitted from smart hardware, Xiaomi got the idea of extending towards consumer goods. Soon after, Xiaomi Youpin appeared.

Unlike other e-commerce companies that adopt ODM model, Xiaomi Youpin takes the way of its own products + products from Xiaomi ecological chain companies + third party products.

Over the past five years, Xiaomi invested in more than 200 hardware ecological chain companies. The investment plan is the result of Xiaomi's balance between the abundance of product line and concentration. From Gao' point of view, if Xiaomi made the products all by itself, the company would see overexpansion, and can hardly ensure constant development of all business segments at the same time.

"Other businesses beyond the core business would be inevitably margined, resulting a lack of sustainable development impetus. Moreover, quality control and continuous iteration of the products is very important. If our team had to manage 10,000 product items of our own brand, Xiaomi would soon become a company with 200,000 employees," Gao said.

Based on the above consideration, Xiaomi began to enrich its product line through investing in ecological chain companies five years ago, but has retained several core hardware products such as mobile phones and TVs for itself.

Unlike many other companies' "buy, buy, buy" investment style, Xiaomi's investment strategy is being a shareholder instead of a controlling shareholder. Gao said Xiaomi's purpose of investing in ecological chain companies is to establish continuous communication with the companies via equity relationship, thus constantly delivering Xiaomi's concept and value, and maintaining the ecological companies' consistent paces with Xiaomi.

"We control the products not by simply making a set of rules. It is the practice of law to audit before deliberation and randomly inspect after the deliberation, which can hardly solve all problems. Of course we have rules, but it is more like building a constant communication process through investment to ensure so many companies to be consistent with us," Gao says.

"Value" is a word Xiaomi frequently mentions in public. Gao says the simple word is actually the key to Xiaomi's success.

"Many wonder why our high-quality products are sold at low prices. This question is about how to resist temptation. One product can be sold at either 10 RMB or 20 RMB, the price difference would make us miss out several hundred millions RMB in one year, so it is very difficult to resist the temptation."

To become a member on Xiaomi's ecological chain, the company must identify with Xiaomi Model and Xiaomi's value first. It also needs the ability of operating products, which include the whole process from manufacturing to iteration and then after sale services.

As for R&D and supply chain ability, Xiaomi thinks more of the companies' R&D capacity including design. According to Gao, for some companies who lack supply chain capacity, Xiaomi would help them contact some existing cooperation partners.

At Xiaomi Youpin's headquarters, TMT experienced an automatic hand washing device, which can automatically dispense foam when it sensors reaching hands. This product was created in Xiaomi's repeated discussion with a daily chemical company.

"This is a typical process, because the company knows the daily chemical industry well, and we are very familiar with the Internet and smart hardware. We discuss how to solve some pain points in our daily life, and then jointly define the product before the company starts R&D, modeling, manufacturing and test," Gao said.

This is why many peers carry 10,000 SKUs annually, while Xiaomi Youpin only carries over 3,000 SKUs so far. The long cycle from defining a product to the introduction of the product makes Xiaomi Youpin SKUs grow slowly.

According to Gao, bulk purchasing from factories can drive fast expansion of SKU, but the products often lack uniqueness. Moreover, quality control is very difficult for a company independently operating 10,000 SKUs.

Xiaomi Youpin's solution is to have one product category correspond with one or two cooperating companies, which focus on the R&D and version upgrades of the product category. In the meantime, since the companies' brands are retained instead of OEM production, the companies' sense of ownership gives them stronger subjective initiative, which has greatly relieved the pressure on Xiaomi, and all the latter needs to do is general processed management.

Xiaomi's prospectus shows that by March 31, 2018, the number of companies Xiaomi has invested in and incubated had reached 210, of which more than 90 are engaged in R&D of smart hardware and living consumption products.

Gao reveals that Xiaomi is expected to cover 80% to 90% of the products in living consumption scenario in one or two years through cooperating with ecological chain companies. A little SKU selection model will be adopted for each category, to solve some pain points in consumers' daily life with some original products.

"Competition among e-commerce companies or retail is already very intense, and there's no way to compete with JD.com and Tmall.com for platform. Therefore it needs to be considered whether to build a platform or make a product. Currently, our idea is to focus on being a product company," Gao says.

Why do Internet giants swarm into the manufacturing industry?

In the early stage of Internet era, the mainstream business model is to make money with traffic. The rise of Xiaomi makes many realize that it's possible to become a big company by starting from the manufacturing industry and creating a product with high price to performance ratio. As the vision of online success becomes smaller, more and more Internet companies have involved in the manufacturing industry.

As a result, Alibaba, which insisted not to do self-operated stores, has introduced Taobao Xinxuan, followed by retail giants such as JD and Suning, which have also launched their self-operated online and offline stores.

With respect to such changes, Gao believes that Internet companies' involvement in the manufacturing industry is actually a derivative of the changing retail environment. The previously separate online and offline operations are being merged, bringing some new changes in the whole retail field.

Such evolution shows two directions: one is the evolution of traffic secure forms, the other is the evaluation of product categories. Social e-commerce represented by Pinduoduo and Yunji have changed the old traffic secure methods. The changes of product categories are brought by consumption upgrade trend – instead of competing for traffic, the companies attract customers with delicate and unique products.

There have been two thinking about consumption upgrades. One believes that consumers are willing to pay higher prices to enjoy better products and services; it is also held that consumption upgrade doesn't mean higher prices, instead, it enables consumers to pay less or the same price to get higher quality products and services.

Xiaomi is obviously the latter. According to Gao, with the decrease of information asymmetry, most brands can hardly make money through brand premium except for some luxury products.

"The education degree and way to secure information of those post-90 mainstream consumers are different from before. They can find out the prices of computer CPU, memory and hardware costs, reflecting the decrease of information asymmetry in the information era.

Gao says the decrease of information asymmetry would reduce the excessively high brand premium while retaining reasonable brand premium range. Popular Model is the core that makes Xiaomi improves quality without increasing the prices, which is to cut unnecessary niche demand and satisfy most people's demand with high-quality products, thus realizing cost allocation by increasing shipments.

In order to let consumers experience the products more intuitively, Xiaomi Youpin is building online stores. Gao says Xiaomi Youpin opens offline stores in order to let users experience the combination of technology and life in a more intuitive way. "Xiaomi used to highlight the sense of technology, or known as electronics, now we want to combine consumable items with technology, to demonstrate both technology and art in the same store."

However, Xiaomi is very cautious when opens offline stores due to the high costs. It was reported last month that Xiaomi opened its first physical store in Nanjing. Gao says the store is actually for testing some new technologies such as self-service payment. Xiaomi will open another several stores to test consumers' recognition.

Gao says offline stores can be either large- or small-scale. The purpose of opening small-scale offline stores is to expose brands rather than selling products, while large-scale store operation depends on whether the gross profit of a single store can cover the costs. At present, Xiaomi Youpin can hardly make decision between the two models, but it will eventually get the answer after tests in a few stores for a certain period of time.

The article is written by @Xie Kangyu from TMTPOST team and edited by @Yi LIU .Please note source and hyperlink when reproduce. 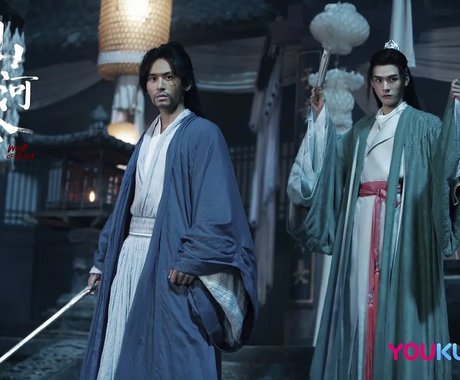 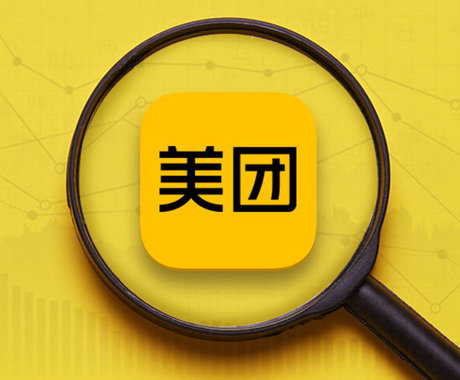 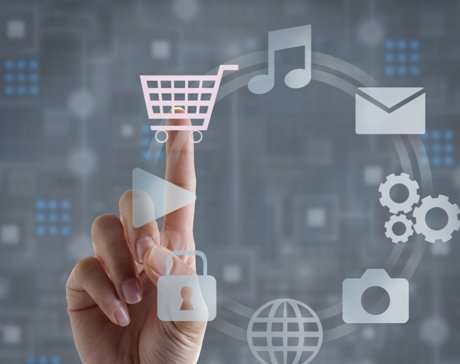 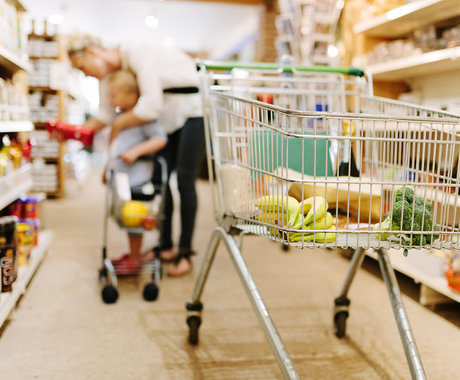 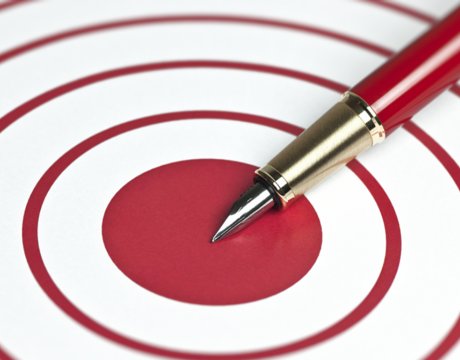