Chinese companies have invested in Indian unicorn startups, such as Paytm, Ola, Zomato and more. 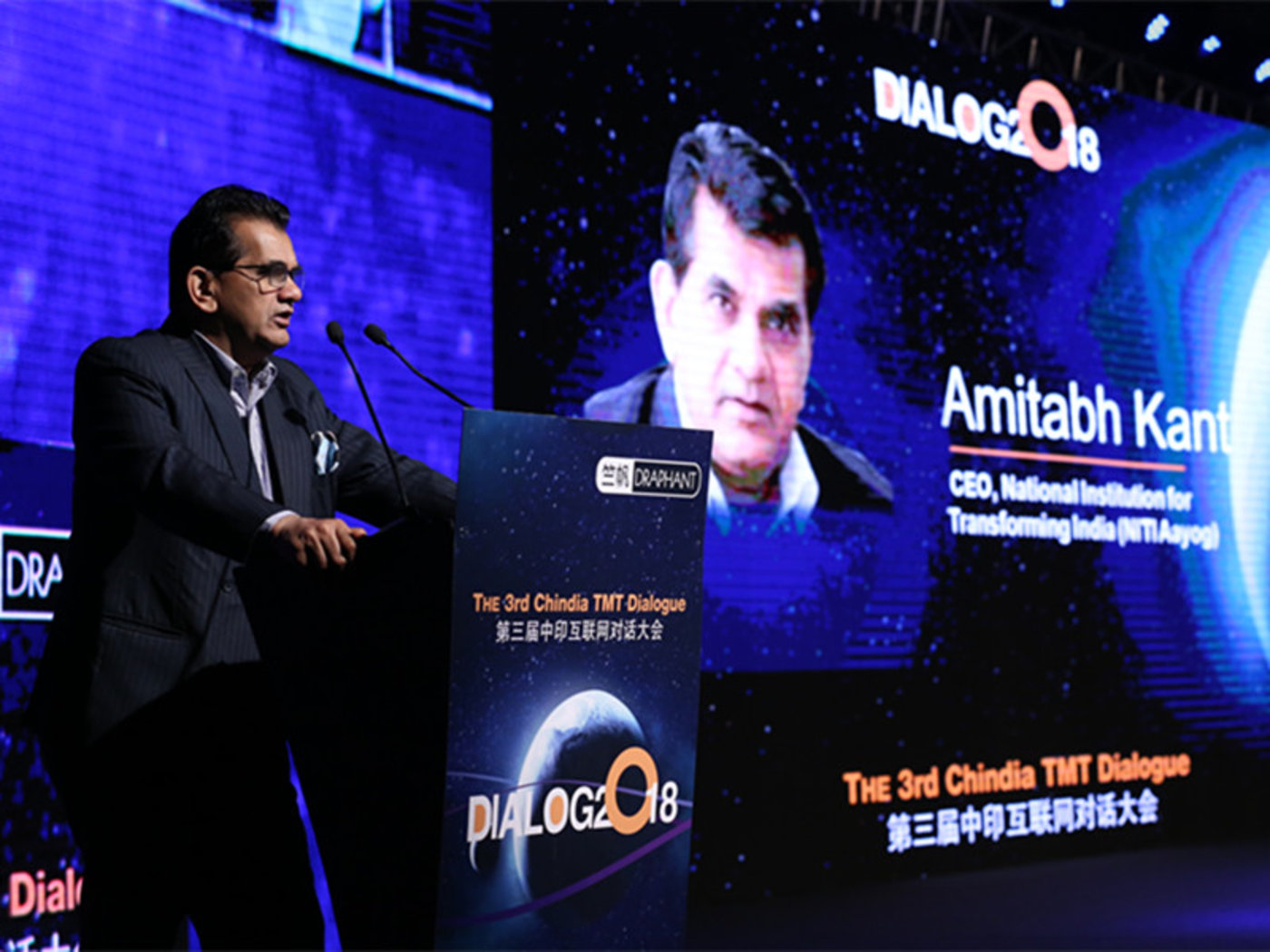 In it, he shared his views on the Indian entrepreneurial ecosystem and welcomed Chinese companies and investors to invest in India.

Following the speech, Mr. Kant spoke to TMTpost exclusively about what Indian companies and Chinese companies can learn from each other.

“Indian companies must learn from China about the large size and scale. Secondly, they must learn that it's not only about domestic markets but also exports. They must penetrate global markets," Mr. Kant said.

"Chinese companies should know that it's not only about e-commence, it's also about social sectors like health, education, nutrition, agriculture where we must find solutions to the problems of the world.”

The NITI Aayog CEO revealed that the Indian entertainment and gaming industries were two new sectors for startups. He said the content industry that penetrates into the native Indian languages market has great potential for development, while gaming was also set to become important in the Indian market.

Mr. Kant made mention of India’s huge population and domestic market, pointing out that the private consumption sector was set to increase four times by 2025.

Kant said India’s startup ecosystem is the world’s second largest with about 4,400 tech startups, a number predicted to increase to 12,000 by 2020.

“Our schemes have promoted innovation. We have tried to develop an ecosystem that is conducive to growth of startups,”Kant said.

Mr. Kant said that India welcomes more investment from China (currently China is the 17th largest foreign investor country of India). Instead of exporting to India, he wants Chinese companies to invest more in India. There are already over 100 Chinese companies in India, and he expects this number to increase. Kant added that in the last three years, China has invested USD 3.7 billion in India, and 15% of Indian startups have raised money from China.

Indian unicorn companies, such as Paytm, Ola, and Zomato, have all raised money from Chinese companies including tech giants Alibaba and Tencent.