With its weak economic foundation and huge growth potential, Southeast Asia means a huge potential market for many Chinese companies. 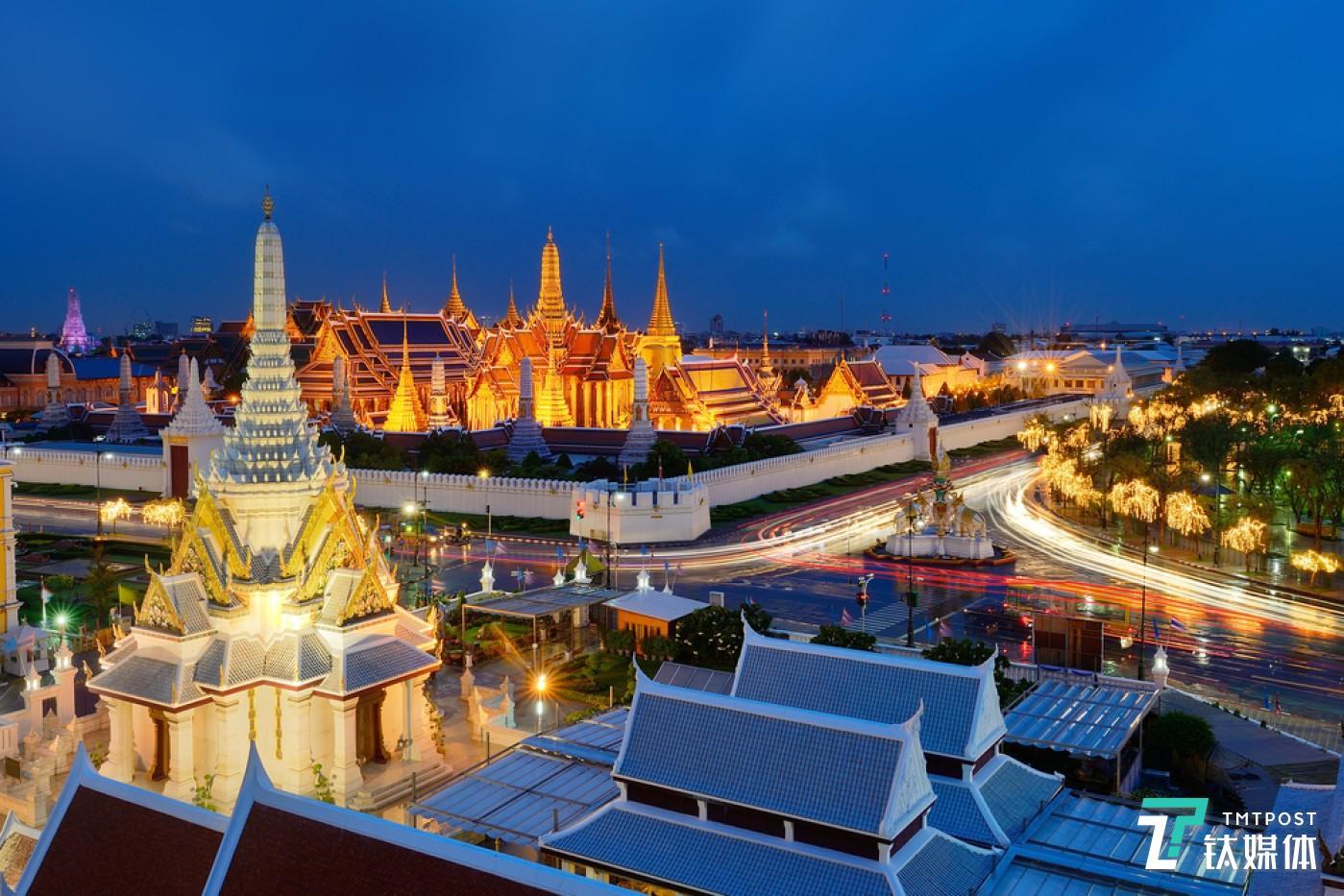 Southeast Asia is witnessing a boom in fintech industry.

In the second half of 2017, groups of Chinese fintech companies entered the Southeast Asian markets to seek new business opportunities, as the regulation is further tightened in their home country.

Markets with high economic growth are dynamic. Since 2003, the economy of Southeast Asia has been growing at a rapid speed. Take Indonesia for example. It is the largest economy entity in Southeast Asia and has the fourth largest population in the world. With its weak economic foundation and huge growth potential, Indonesia is now the first choice for Chinese companies to expand overseas.

In the earlier time, many Chinese manufacturers moved their production base to Southeast Asia for cheaper labour cost. With the popularity of smartphones being used in Southeast Asia, the internet industry sees immense development potential.

On one hand, a large population naturally generates greater growing space. Statistics shows that 420 million out of 600 million people in Southeast Asia are young people aged under 40, who enjoy experimenting new products and services. They are also the main users of mobile internet. Take Thailand as an example. Mobile internet users in Thailand account for over 66% of the total population and the number of smartphone users is over 60%. Other than that, the middle class people in Southeast Asia is growing at a rocket speed. According to the forecast of Boston Consultanting Group, there will be up to 141 million middle-class people in Indonesia by 2020 which means a greater consuming capacity.

The middle class relies heavily on internet-based services. This demand brings great business potential for fintech companies. A friend told me that young Indonesian people like to wear fashionable clothes, treat themselves with fancy meals and then show all of these by posting photos on social medias. A report published by Google and Temasek shows that internet users in Southeast Asia are far more active than users from any other regions in the world, spending 3.6 hours on average on their mobile devices every day. This incredible internet viscosity will bring enormous market opportunities to internet companies in the region.

On the other, inclusive finance is still weak in Southeast Asia due to the lack of relevant financial infrastructures. There is a lack of credit card holders, a sufficient credit system, and internet payment methods etc.

In Indonesia, the country’s commercial bank in dominent in the financial system. However, the penetration rate of credit card is less than 4%. The penetration rate of debit card is only 26%. In Indonesia, cash is still the main transaction method. When it comes to online purchases, 75% of the online orders are paid by cash via physical counters or pay-upon-arrival. 49 million small and medium enterprises in Indonesia do not use banking services.

With such large population and relatively high mobile internet penetration rate, as well as a lack of inclusive finance industry, Southeast Asia is quite similar to what it was in China in 2012. To copy the sucess from China to Southeast Asia is the motivation for many Chinese companies to come.

Chinese tourists not only bring cash to tourism destinations but also the payment method that they are familiar with.

Meeting the demands from Chinese tourists is easier. But to enter an overseas market is difficult. There are challenges such as acquiring a local business license, overcoming cultural differences, and local market competition etc. The main approach to tackle these obstacles is to find a local partner through whom they can export their fintech services. Alipay, for example, took the strategy of "technology-output-through-local-partners".

Southeast Asia has also become a hot destination for entrepreneurs in consumer finance. As more fintech firms flock into the Southeast Asian market, regulators are also moving to monitor the burgeoning market through the licensing system. At the year end of 2016, Indonesia’s Financial Services Authority stipulated that overseas companies must apply for a license (currently a P2P license) prior to implementing their business in the local market. The first step for these companies to acquire a license is to establish the official status as a joint venture with foreign capital. It’s reported that over 200 organizations are queuing for the license now. Cooperating with local organizations becomes a mainstream operation model for Chinese companies.

It’s reported that hundreds of Chinese fintech firms would visit Indonesia for market observation every month due to the tightening domestic regulation in China. The fierce competition from both domestic and abroad make challenges on supporting services such as user acquisition, credit reporting, risk control, payment etc., while generating enormous opportunities for Chinese fintech companies. 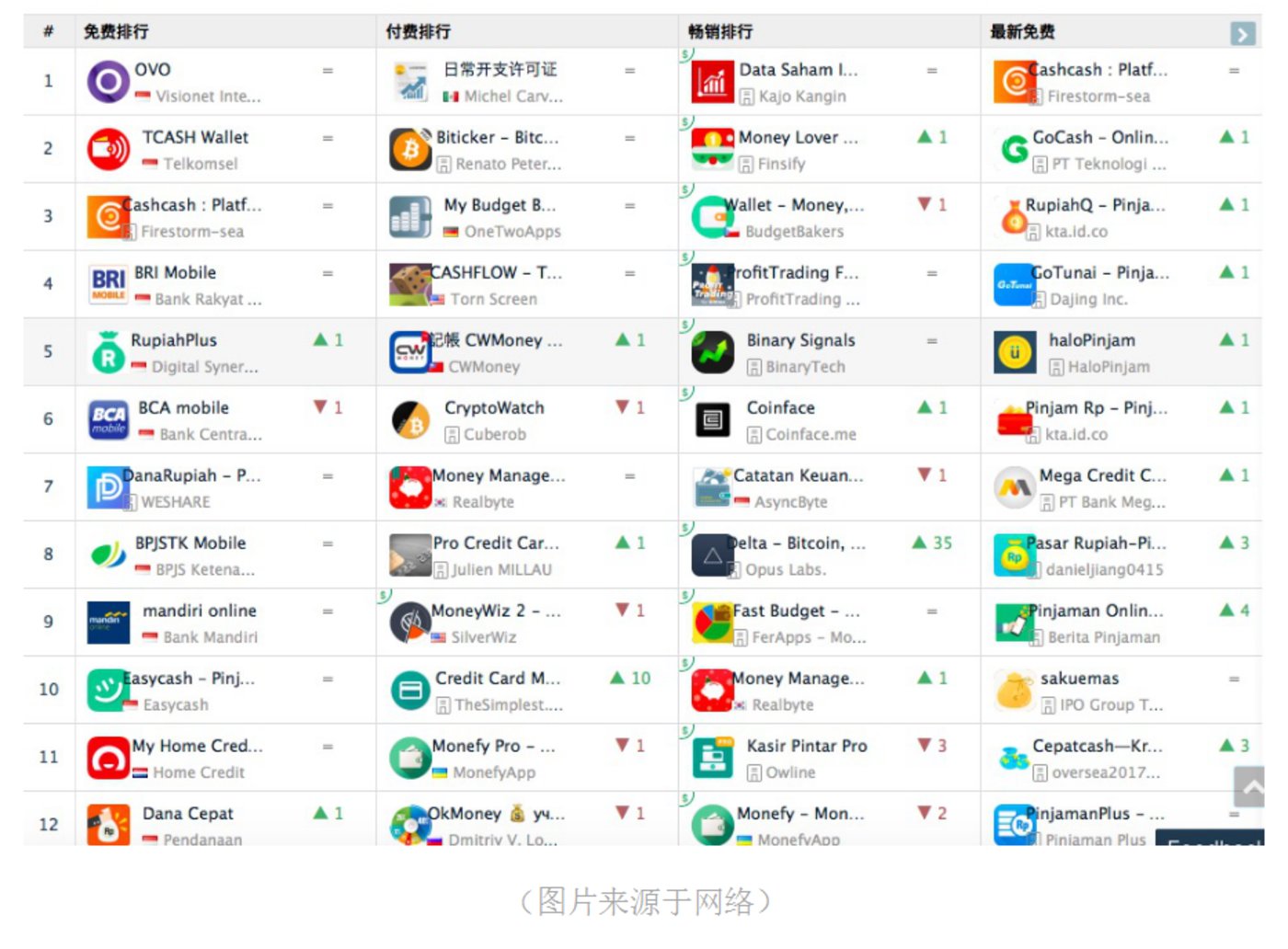 Problems to be solved

"For (Chinese) companies, the first major challenge is to deal with the local government," an entrepreneur who joined the gold rush to Southeast Asia said, commenting that government relation and regulation are important issues that companies would face. "We are entering a foreign environment where they have different cultures and laws. We also need to start over with financing channels and market analysis. If we weren’t careful, we would sink."

Without a doubt, the local ecosystem of the fintech industry would be revolutionized by the massive inflow of hundreds of Chinese fintech companies. Market competition would be intensified, creating chaos in the market. Local governments would be the Sword of Damocles that companies would increasingly worry about. For instance, Indonesia requires fintech companies that offer loaning services to maintain its interest rate within a reasonable range, stipulating that the interest rate should not exceed 700% of the repo rate of two weeks. Cambodia, on the other hand, decides that the annual maximum interest rate should be 18%. In the case of China, most loaning platforms would go out of business if similar regulations applied.

Furthermore, the licensing process is incredibly slow in Indonesia. Some people commented that it’s because that local authority has been overwhelmed by the swarming Chinese companies. However, it should be noted that it’s possible that the local authority hasn’t come up with valid solutions to deal with fintech companies yet. It’s true that regulations made with uncertainty would create even greater risks.

The issue of risk control has been predominant as well. The traditional credit system has a narrow range. Bank Indonesia, for instance, sets strict financial capacity thresholds for credit card applicants. Only people over 18 years old with a monthly income of over three million rupiahs (around USD$220) are eligible to apply for a credit card. Inevitably, the penetration rate of credit card is now still low in Indonesia. In the early phase, internet loaning platforms can rely on the small number of credit card holders to implement their products. But at the end of the day, these platforms would need to find a way to serve a greater audience who currently has no access to credit services yet. This is the growing space we are talking about here.

In China, inclusive finance platforms have successfully developed risk control systems based on big data, which are not replicable in Southeast Asian countries.

Let’s look at Indonesia for example. Known as the state of one thousand islands, each island of Indonesia has independent policies and data. Each citizen of Indonesia might have several ID cards of their own. Although Indonesia has been pushing forward for a standard ID system, the new system now covers less than 50% of the total population. It’s impossible to develop a big-data-based risk control system in Indonesia when there is no centralized and standard ID system to begin with.

On the issue of payment, it's worth noting that almost all financial businesses and commercial activities involve payment. In Indonesia, traditional payment methods include payment-through-carrier (pay via a code sent through text) and bank transfer (transfer at ATM, counter, mobile bank, and APP). At present, there are around 100 startups working on payment service in the country. But the market hasn’t seen any unicorns that cover a wide range of services so far as the market is quite scattered.

As Indonesia still has a rather low credit card penetration rate and lacks emerging payment methods for consumers, Indonesians rely heavily on offline payment method to make transactions. This proves to be problematic for business models that are based on the internet.

For instance, if you want to develop a product on loan and installment while your potential users do not even have a bank deposit card, then payment method becomes the greatest issues as you don’t have an efficient way to transfer the money to users and users can only pay you back by cash. In this case, no matter what your business model is, you still need to deal with offline channels. This is problematic for internet-based startups.

Other issues such as financing source, licensing, and debt collecting etc. are also pressing problems that companies would need to solve. From this perspective, cooperating with local partners and output technologies through them seems to be a more efficient and feasible mode for Chinese companies.

So what the future holds?

I am not writing this article to downplay the potential that Southeast Asia has in fintech, because usually, markets with problems are also the ones with immense potential. This is what developing countries mean for developed countries. The lack of relevant foundations and infrastructures also means there is room to build and grow.

At present, Chinese fintech companies are going overseas for various reasons. Some are hoping to find markets with more relaxing regulation, some are exploring emerging markets, others are trying to find new growth drives, while the rest are just simply being opportunistic in the fintech boom.

Despite all the incentives of internationalization, the most important objective remains the same for enterprises, and that is to enter new markets.

The article is published with authorization from the author @Xue Hongyan, please note source and hyperlink when reproduce.]

Translated by Garrett Li (Senior Translator at PAGE TO PAGE), working for TMTpost.