What does iQiyi’s IPO mean to the Chinese video streaming market?

What is the prisoner’s dilemma that Chinese video streaming platforms are faced with? Will iQiyi choose to fight to the end, or accept the offer to merge with Tencent Video? 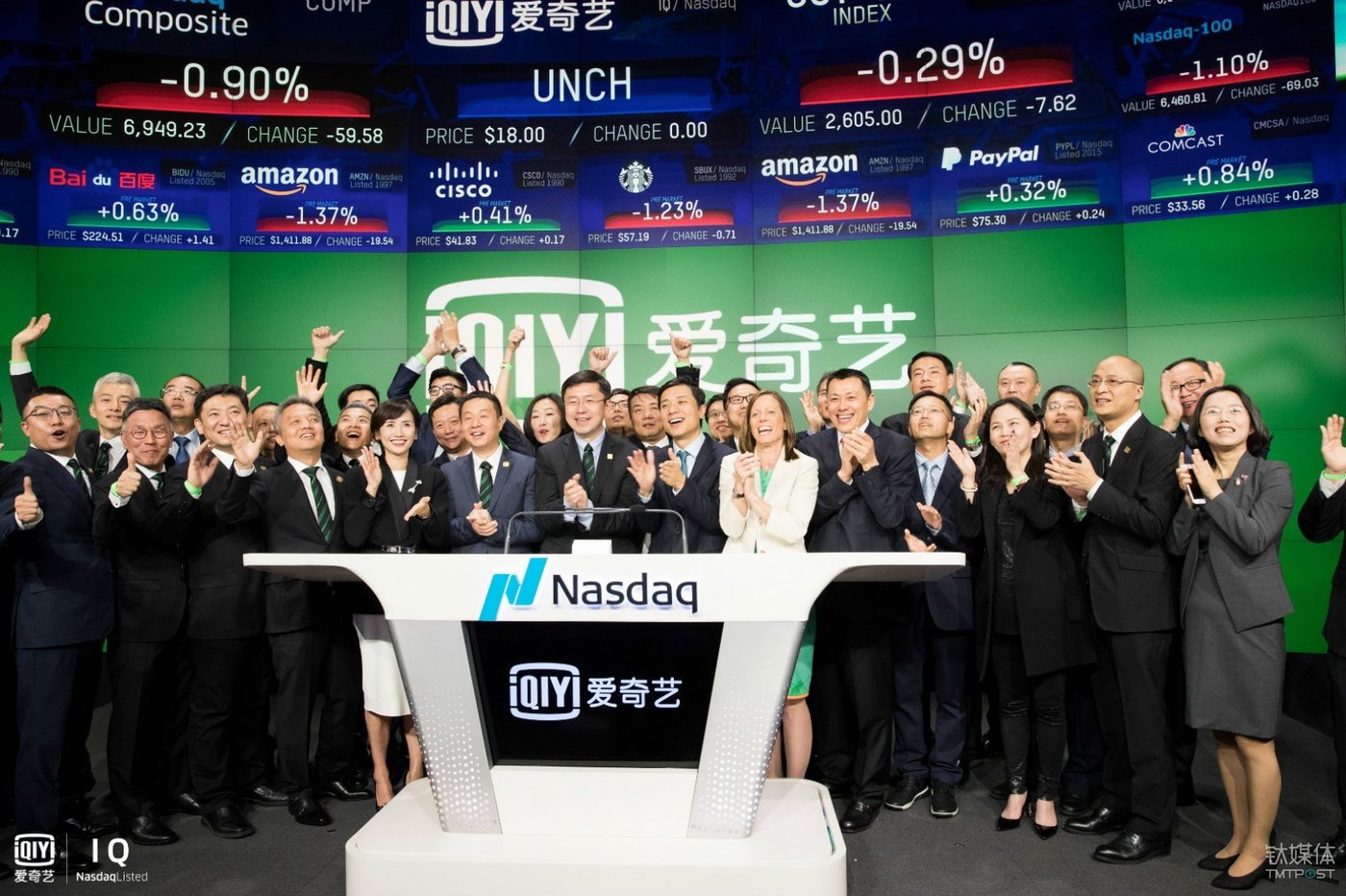 On any account, iQiyi’s IPO won't put an end to the fierce competition in the Chinese online video streaming market. On the contrary, with smooth cash flow, iQiyi is ready to engage in a new battle in the market.

However, will this lead to a prisoner's dilemma and even affect BAT (Baidu, Alibaba, Tencent)?

With a mature market, the American streaming industry is pretty stratified. On the one hand, there are Silicon Valley-based companies like Netflix and Amazon Prime, which respectively spent USD 6 billion and USD 3 billion on content production in 2017. On the other hand, Hulu, an on-demand video subscription service provider, is backed up by six major Hollywood film studios.

Although Hulu hasn't revealed its budget for content production yet, it disclosed its operational data in January 2018. With over 17 million registered users, Hulu’s revenue of ads campaign reached USD 1 billion in 2017. However, it's worth noting that Hulu didn’t have a global distribution network as Netflix and Amazon did, and the number of its paid users is much lower than that of Netflix (109 million). Therefore, it is estimated that Hulu’s content production budget in 2017 was no more than USD 1 billion.

In comparison, the Chinese long video streaming market is still at the early stage. Currently, Tencent Video and iQiyi.com are ferociously competing for the biggest market share in China, since the gap between them remains very close (regarding of the numbers of paid users, active users, and download times, etc.) .

In other words, the Chinese long video streaming market will continue to be caught in the prison’s dilemma for a long period of time in the future. Communication team of Hua Chuang Securities once pointed out that the video streaming market is highly-correlated with capital. They shared that in this sector the video content determines the users traffic, while the capital determines what content to be produced. As a result, video streaming platforms often find themselves caught in a classic prisoner’s dilemma - whether they bet on the future together, or they maintain what it is together.

It was revealed in January that iQiyi lost RMB 3 billion (USD 477 million) in 2017, most among which was spent on content production. Last year, Tencent Video and Youku Video's lost budget reached RMB 8 billion (USD 1.27 billion) .

Since none of them is willing to fall behind, it is expected that the money-burning strategy will continue for a long time. In this case, only when money is used up will the Chinese video streaming market grow mature and stratified. It is then there will be profitability in this sector.

It means that it is still too early to compare iQiyi to Netflix, since the latter already achieved profitability in 2017. Up till now, all the investment towards iQiyi hasn't turn the table. Instead, they only fueled up to increase the gap between iQiyi.com and Tencent Video. There’s no sign that iQiyi could stand out and win the battle.

Therefore, iQiyi's IPO will not break the prisoner’s dilemma. On the contrary, it will do nothing but prolong the time that the Chinese video streaming platforms being caught in the dilemma. 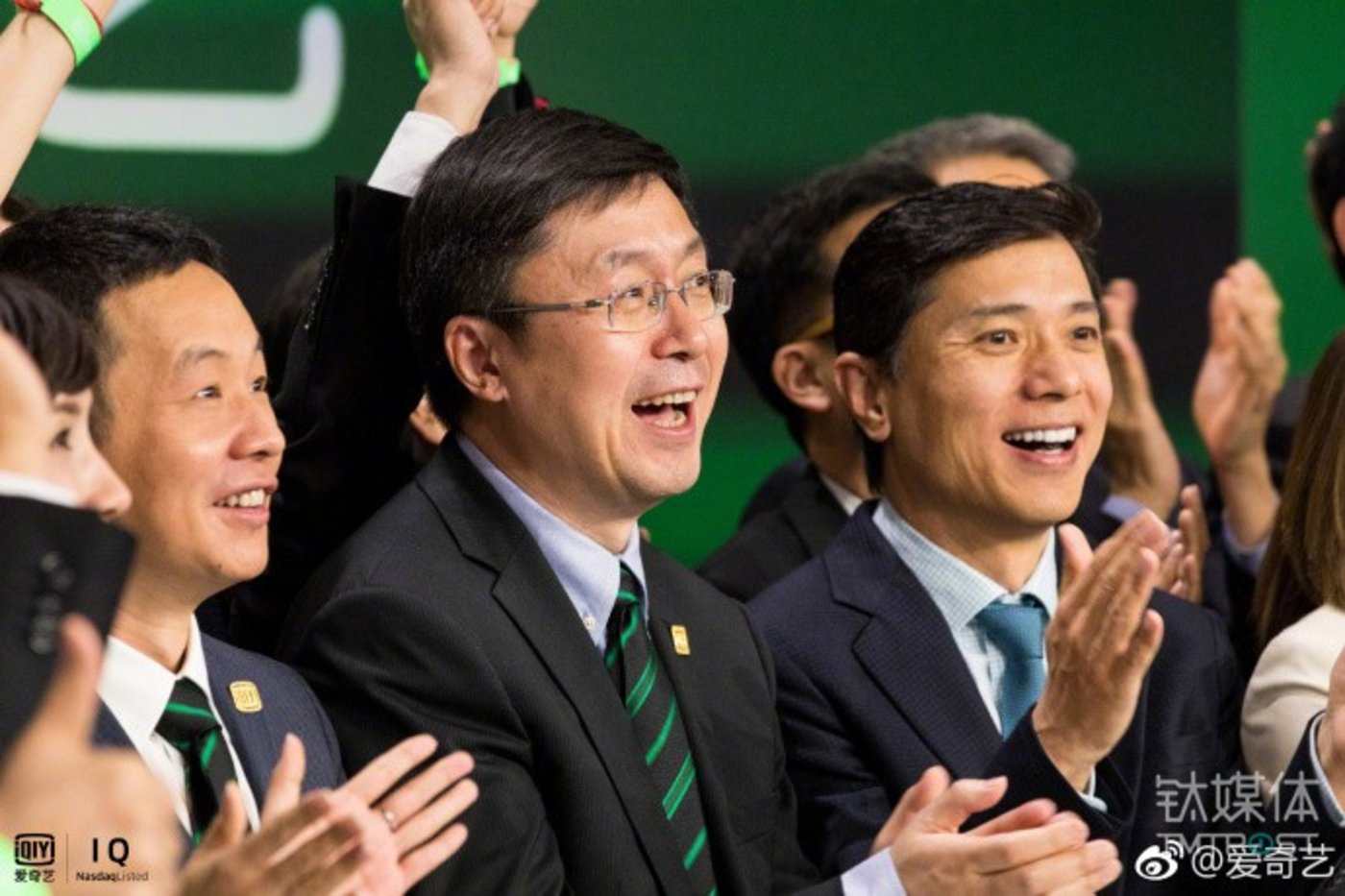 Can iQiyiqi survive the prisoner’s dilemma at last?

From the aspect of stake structure, as the biggest shareholder, China's tech giant Baidu currently holds 2.94 billion shares in iQiyi, accounting for 69.6% of the total share capital. After the IPO, it is expected that Baidu will continue to be the dominant shareholder of iQiyi. In 2011, Xiaomi invested in iQiyi with Shunwei Capital. As a result, Xiaomi has 8.4% shareholding of iQiyi. HH RSV-V Holdings Limited, a subsidiary of Hillhouse Capital, has another 5.7% shareholding in iQiyi, making it the third biggest stakeholder of iQiyi. Gong Yu, founder and CEO of iQiyi, has only 1.8% shareholding of the company.

From financial and operational aspects, iQiyi develops in a good way. Although iQiyi’s net loss continues to grow in the past few years, the growth of its annual loss is much lower than the growth of the annual revenue. In this sense, iQiyi has a certain extent to believe that it will achieve profitability in the future.

However, the decreasing of its loss ratio doesn't mean that iQiyi could turn losses into gains within a short period of time. Considering the status quo in the Chinese video streaming market, the three main players will keep immobilized on for a while. It takes time for iQiyi to start to make net profit.

Though the overseas IPO can fuel up iQiyi's development and brings it high public relations value in a short time, it remains a challenge for iQiyi to figure out the way to reassure its investors and avoid the struggle that Youku Tudou had to balance between the market and the share price before they were delisted. 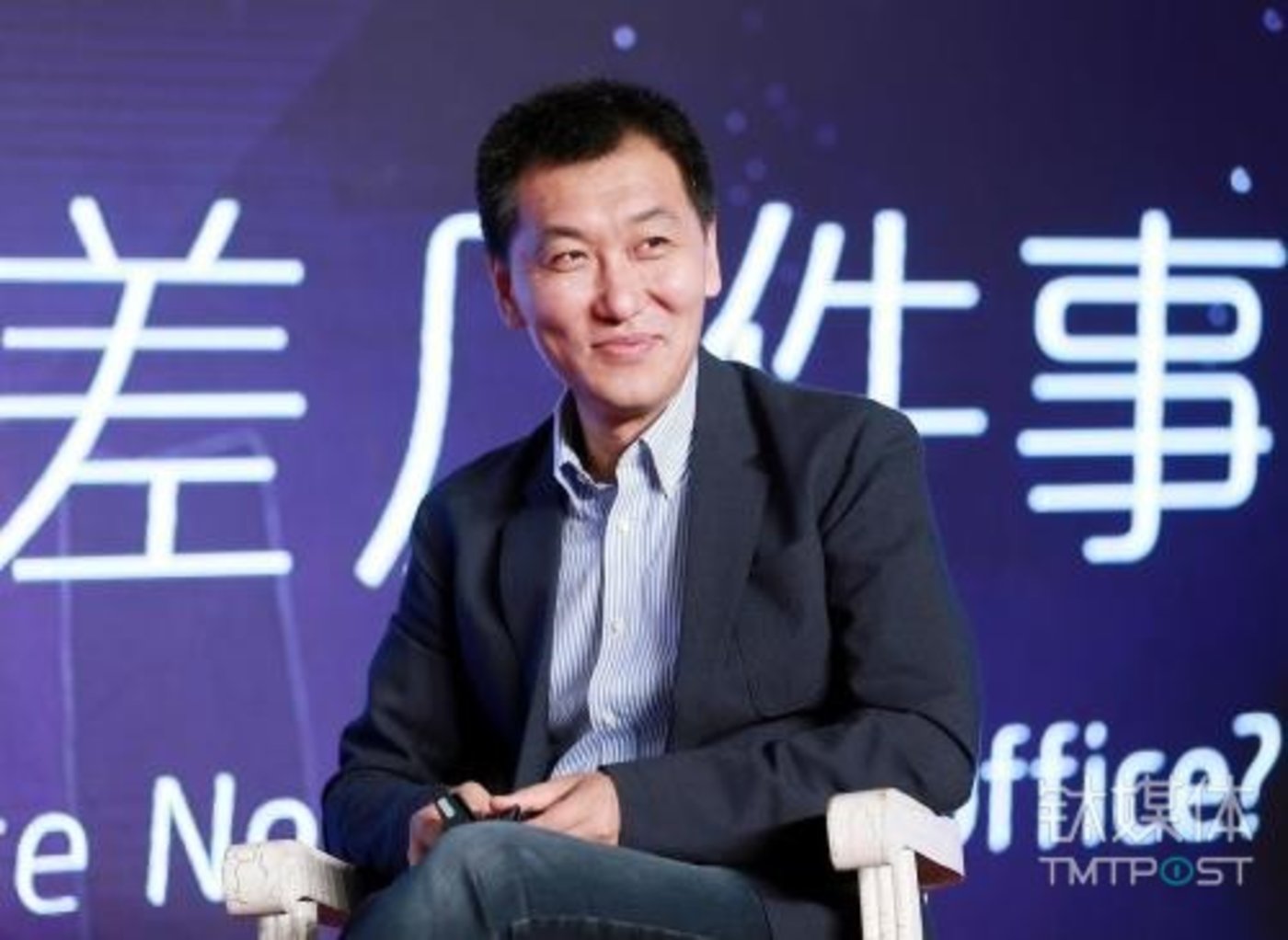 Fight to the last or accept being merged with Tencent Video?

On March 18th, Tencent Video officially announced that the number of its paid users had already reached 62.69 million, slightly higher than that of iQiyi (60.10 million). However, it’s worth noting that Tencent released the above data just one day after iQiyi adjusted and annouced its data.

For Tencent, long video streaming business is the core of its pan-entertainment strategy. Therefore, failure is not an option, while any public relations maneuver is necessary.

"Video streaming constitutes an important part of Tencent’s two content strategies. This is a big and long-term strategy, so we are confident enough to invest in this sector for a long period of time," Sun Zhonghuai, vice president of Tencent Group & CEO of QQ TV, told media in an interview.

As to the IPO of Tencent's rival, Sun didn’t think it was a big deal.

"We don’t have any IPO plan for Tencent Video. I really don’t think that IPO is the solution to anything, since you only get nothing but a sum of money through IPO," he said.

It’s meaningless to pursue a short-term financial goal. After all, it is the long-term operation that really matters.

Although Sun put it in a delicate way, the message is very simple that it’s impossible for iQiyi to defeat Tencent Video within a short period of time, so iQiyi needs to get ready for the coming money-burning competition.

Indeed, this is going to be a competition of patience and flighting at the bottom line. Even if iQiyi could bear an annual loss of RMB 3 billion (USD 477 million) and achieve the same performace that Tencent and Youku did with an annual loss of RMB 8 billion in 2018, how about 2019? After all, the market is constantly changing with a dynamic balance. In fact, it was reported several times that Tencent wanted to merge with iQiyi.

As we can see from the merger of Didi with Uber China, and the merger of Meituan with Dianping, in China's internet environment, we can make a conclusion that only the actual monopoly can bring about excess profit and quickly make up for the early-stage loss of the investors through either to increase revenue, or to rise the company valuation.

For sure, the overseas IPO will expand the financing channel and win a better market position for iQiyi. However, since Tencent Video is backed by the China's tech giant Tencent, and Youku has the support of Alibaba, iQiyi's recent IPO won’t change the game.

On the contrary, as Youku’s development has slowed down, if iQiyi agreed to merge with Tencent Video, they might be able to monopolize the Chinese video streaming market and gain more paid users even than Netflix. Coupled with proper management and operation, the market could quickly evolve into the "6:3:1" structure (the first player dominates the market and grabs 60% market share, the second player takes up another 30%, while the other players account for the rest 10%), as it is like in the American market.

Let's wait and see whether iQiyi chooses to fight till the end, or accept the offer to merge with Tencent Video at a favorable price. After all, it’s known that Baidu, iQiyi's biggest stakeholder, lacks the ability to integrate resources in the pan-entertainment sector.

The article is edited by @Yi LIU (Email: yiliu@tmtpost.com;  Mobile/WeChat: +86 13911703028). The Chinese version article is published with authorization from the author @Anime Economics, please note source and hyperlink when reproduce. 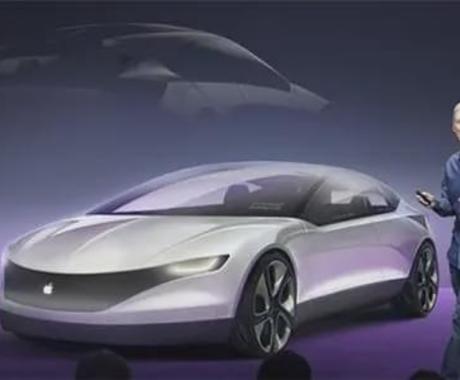 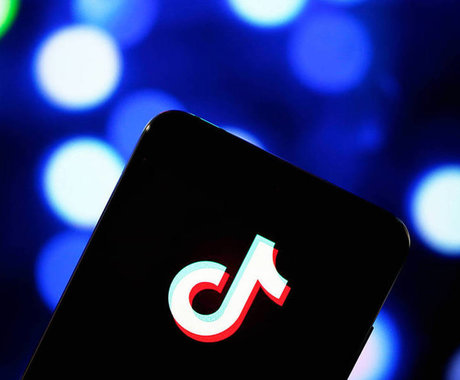 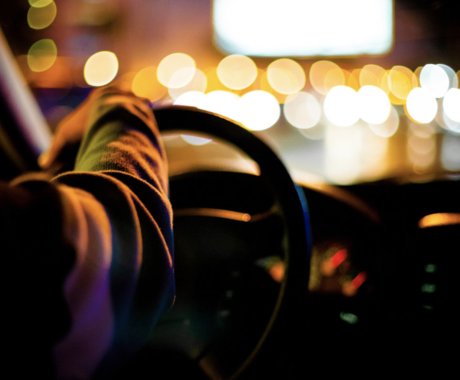 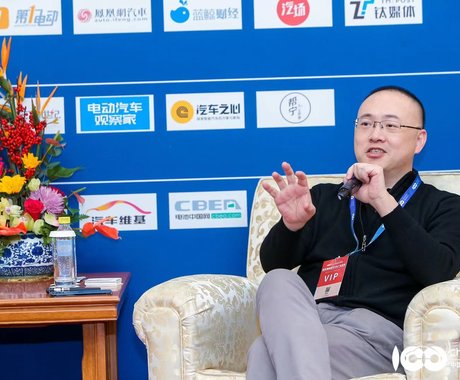 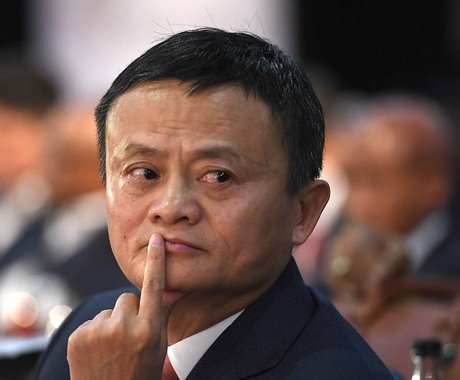 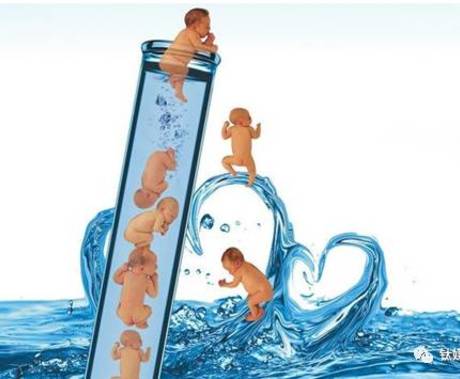