Is it a feasible alternative to deliver goods with unmanned drones or vehicles? Which application stage has unmanned delivery technology reached in China.

The annual Double Eleven Shopping Festival is coming soon. While consumers will be competing with each other to purchase goods at a large discount, major e-commerce platforms are competing with each other to provide the best purchase and logistics service. As a matter of fact, the battle has already begun in logistics area. After every year’s shopping extravaganza, e-commerce platforms often face huge pressure to deliver goods to consumers. Sometimes, such busy logistics could even lead to traffic jam. As an alternative, many e-commerce platforms were testing unmanned drones or vehicles to deliver goods. Is it a feasible alternative to deliver goods with unmanned drones or vehicles? Which application stage has unmanned delivery technology reached in China.

To find out answers to these questions, we paid a visit to a mysterious JD’s business division, focused primarily on developing unmanned storage, vehicle and drone technology, and presented you here a special report about the unsung heroes behind the great battle of logistics in TMTpost Photo Gallery 042. 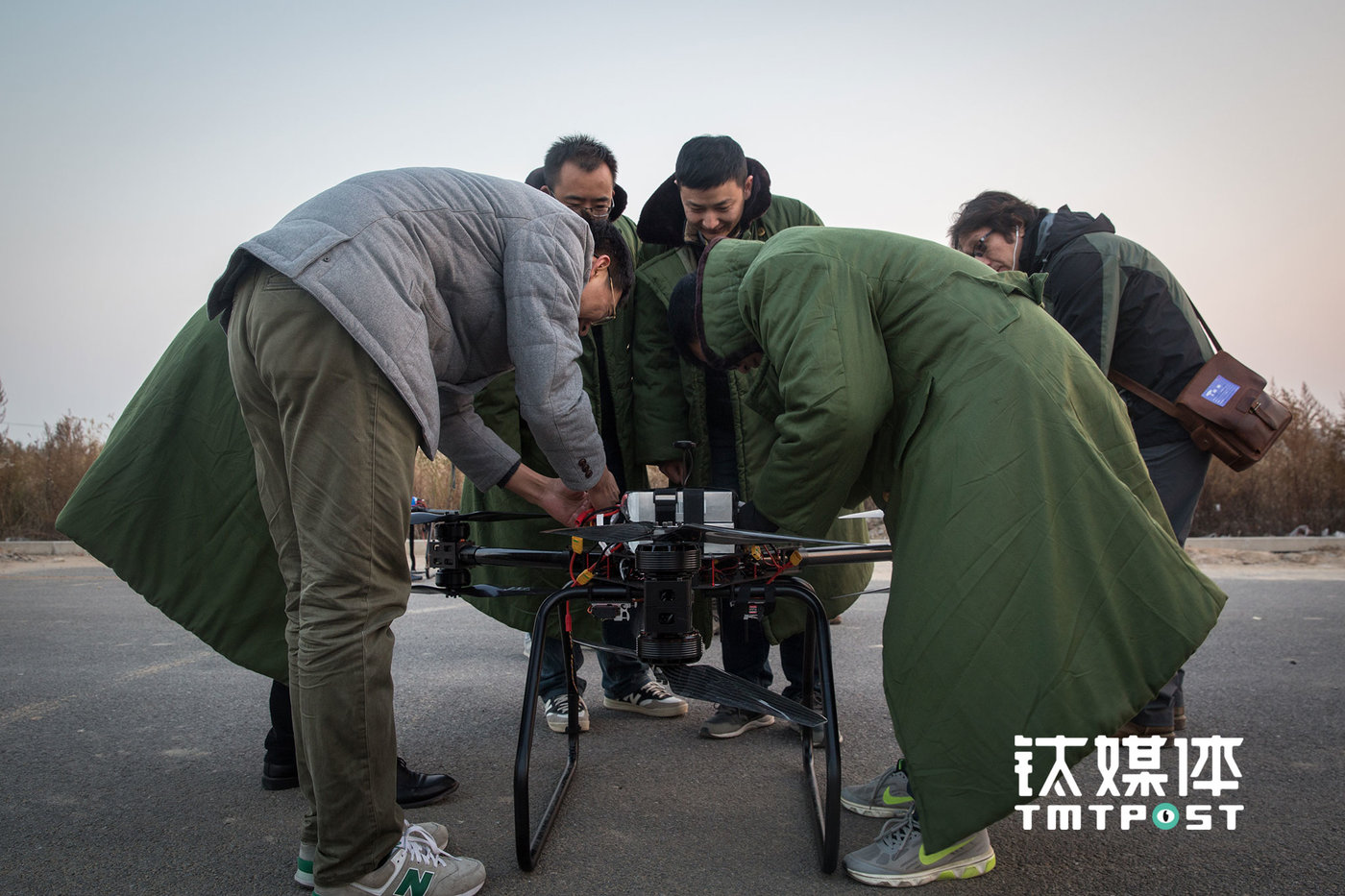 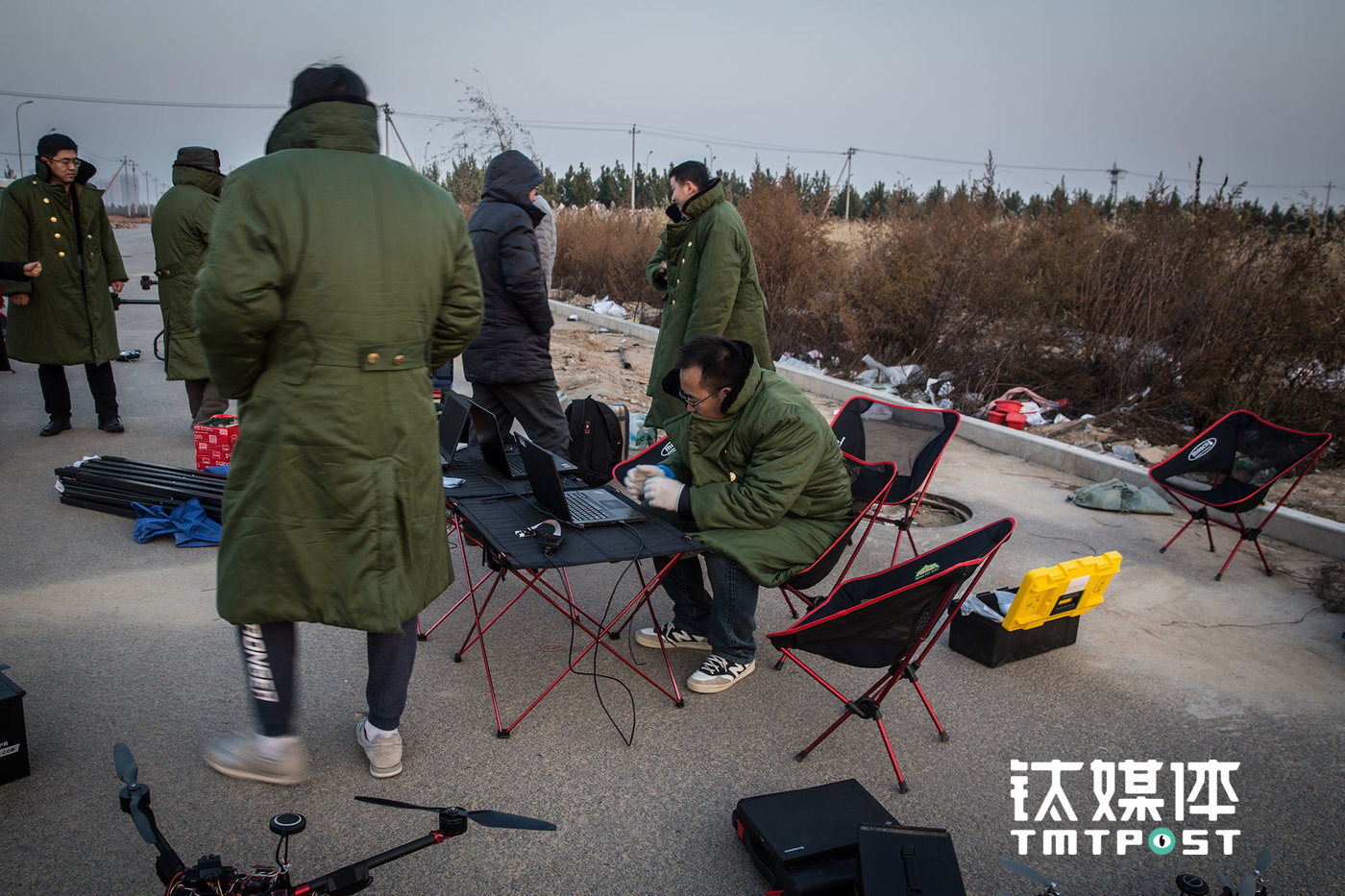 Unmanned drone projects are undoubtedly highly technology-intensive. In fact, sixty per cent members of JD’s team are PhD students, another twenty per cent are graduate students, and they all came from major aviation universities and China’s aircraft projects. Technology has already been quite mature for the unmanned drone model filed-tested this time. The unmanned drone could carry 10 to 15 Kg goods and fly automatically for 10 to 15 kilometers. “Such combination of load capacity and flying time is very appropriate, since it can cover 80 per cent of rural routes,” an engineer explained, “With unmanned drones, we can deliver goods in time to remote areas, places with bad traffic situation and even disaster-stricken areas and provide rural residents with the same shopping experience as that of urban residents.” 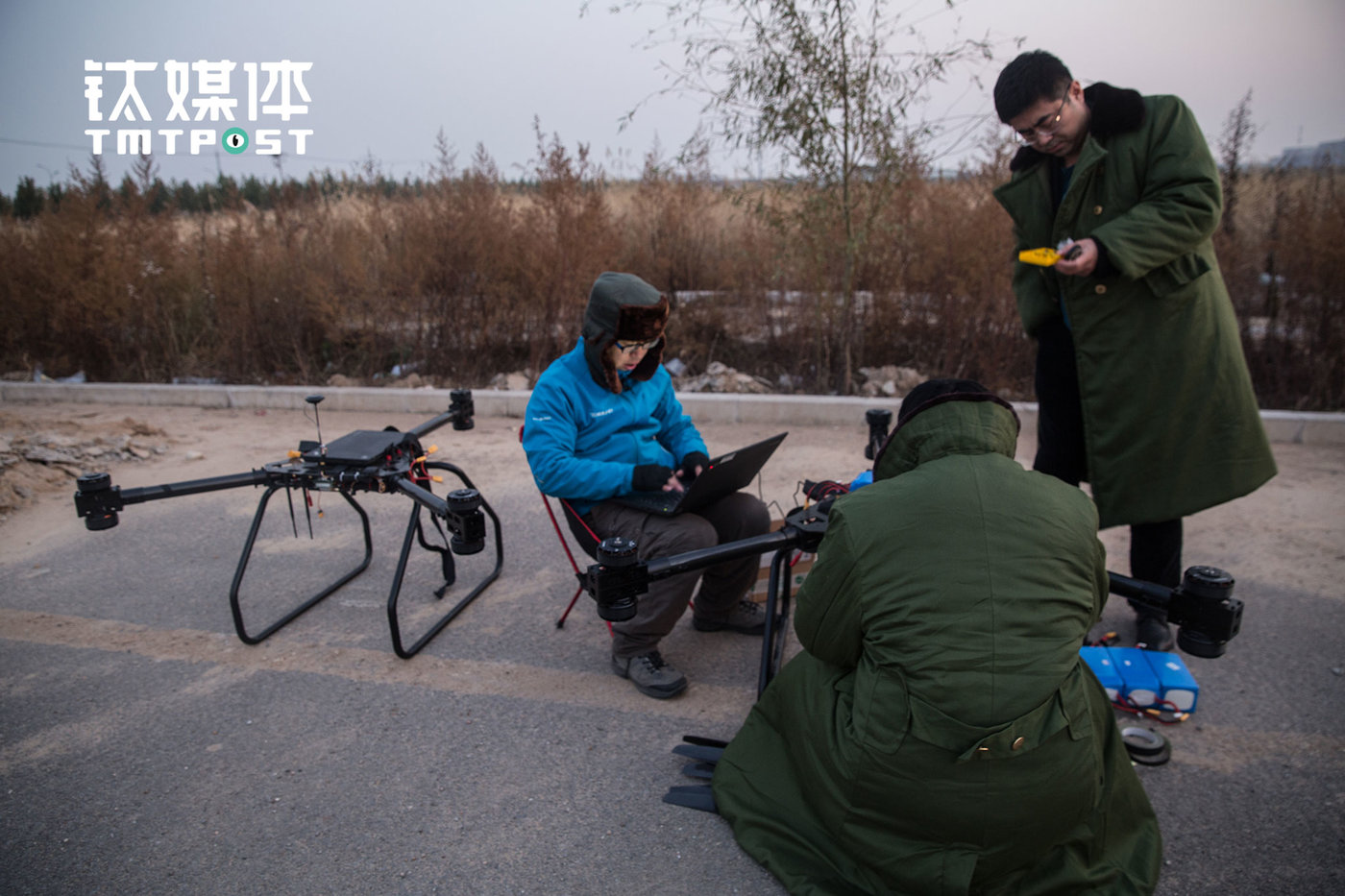 “Today’s field test result is rather satisfactory, so we also tested our automatic unload system,” an engineer concluded, “however, we find that the unmanned drone would shake a little bit in force four wind. So we will need to optimize the system so that the drone could function well during this upcoming Double Eleven Shopping Festival.” 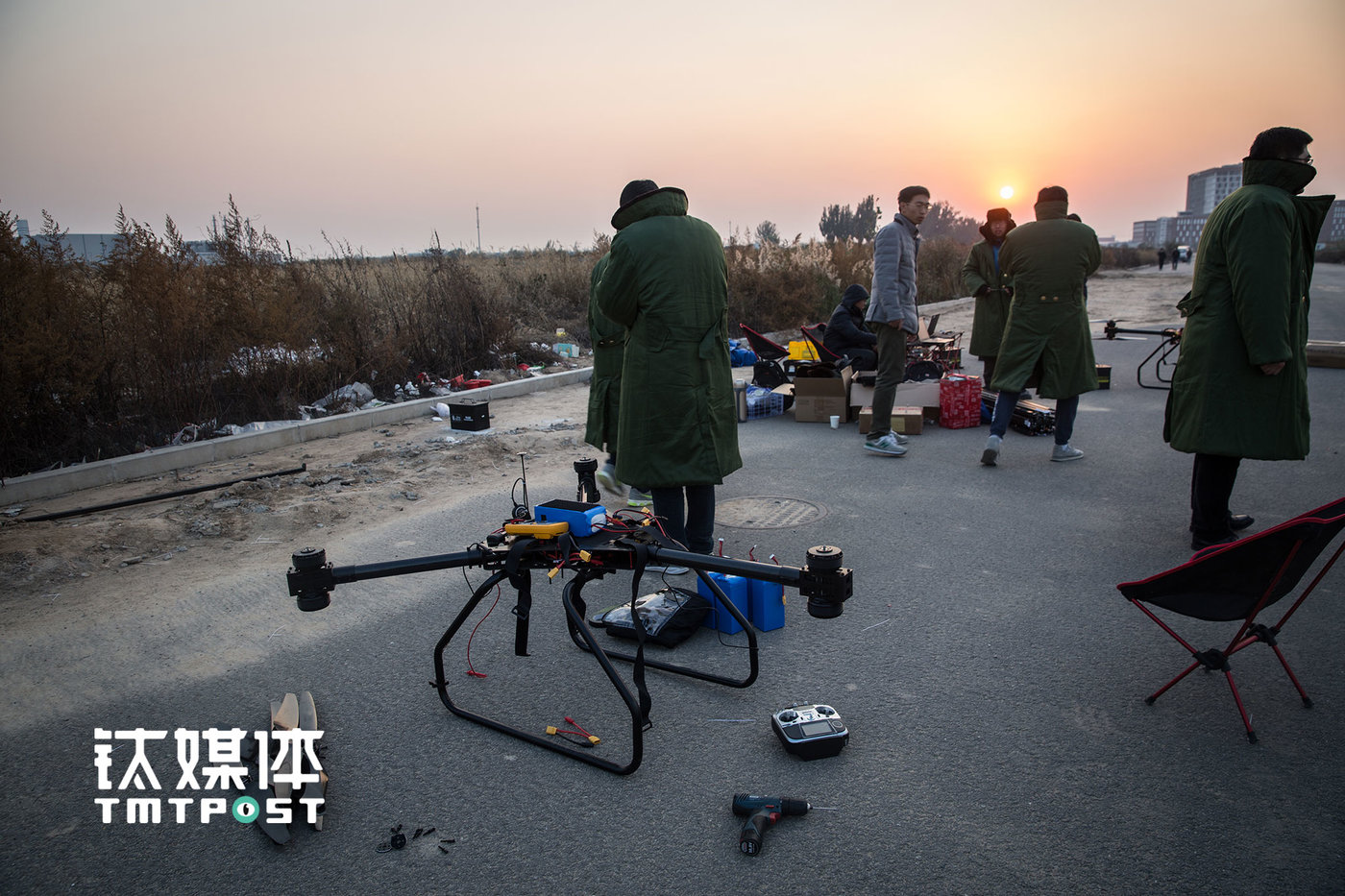 We learned that the route and pickup person are both settled. JD’s unmanned drones would carry goods from its Rural Distribution Site to Promotion Specialists’ Place, so they won’t directly deliver goods to recipients. “Therefore, it’s impossible goods will be picked up by the wrong person, or our unmanned drones will be sabotaged,” an engineer added. 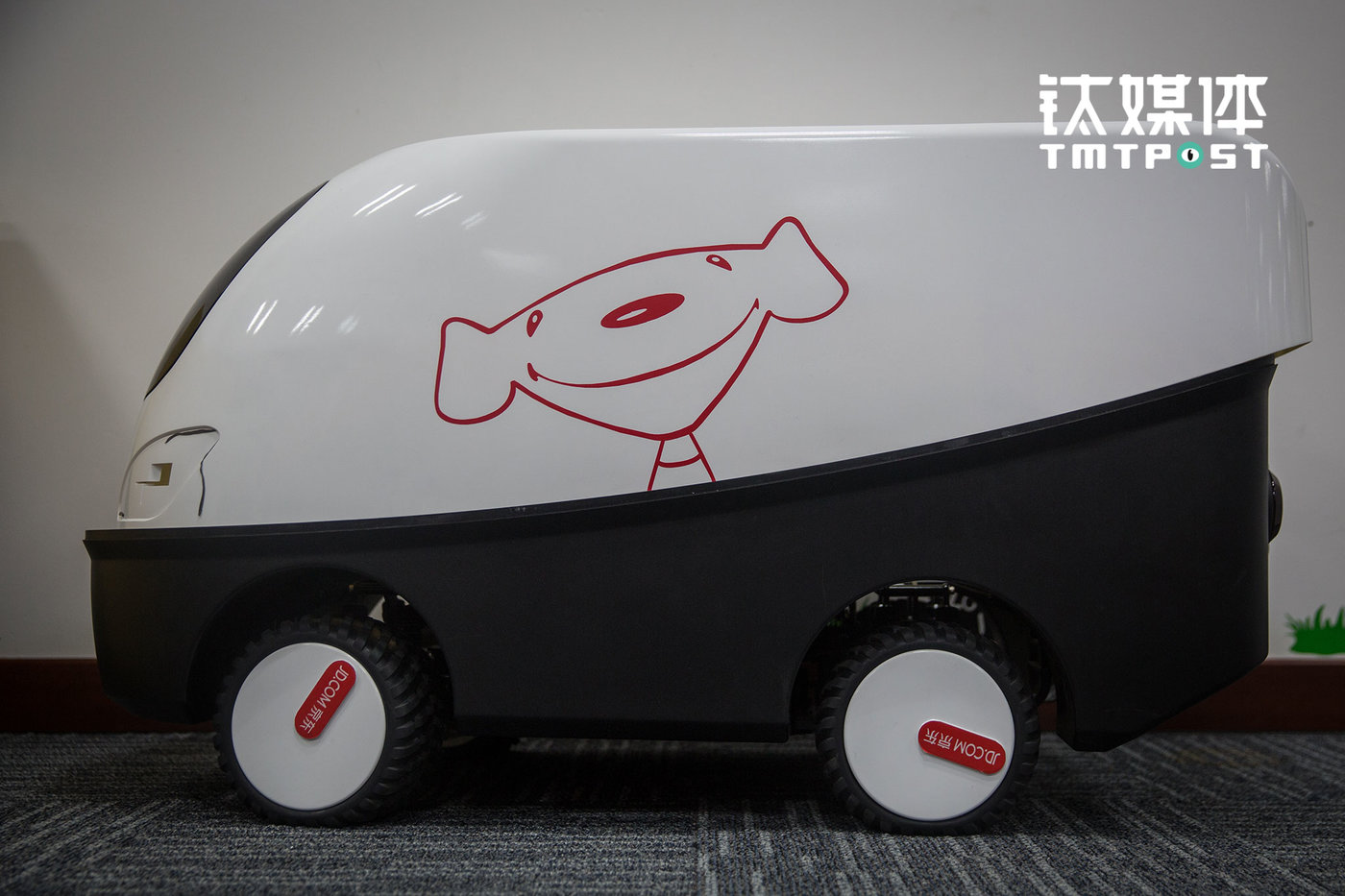 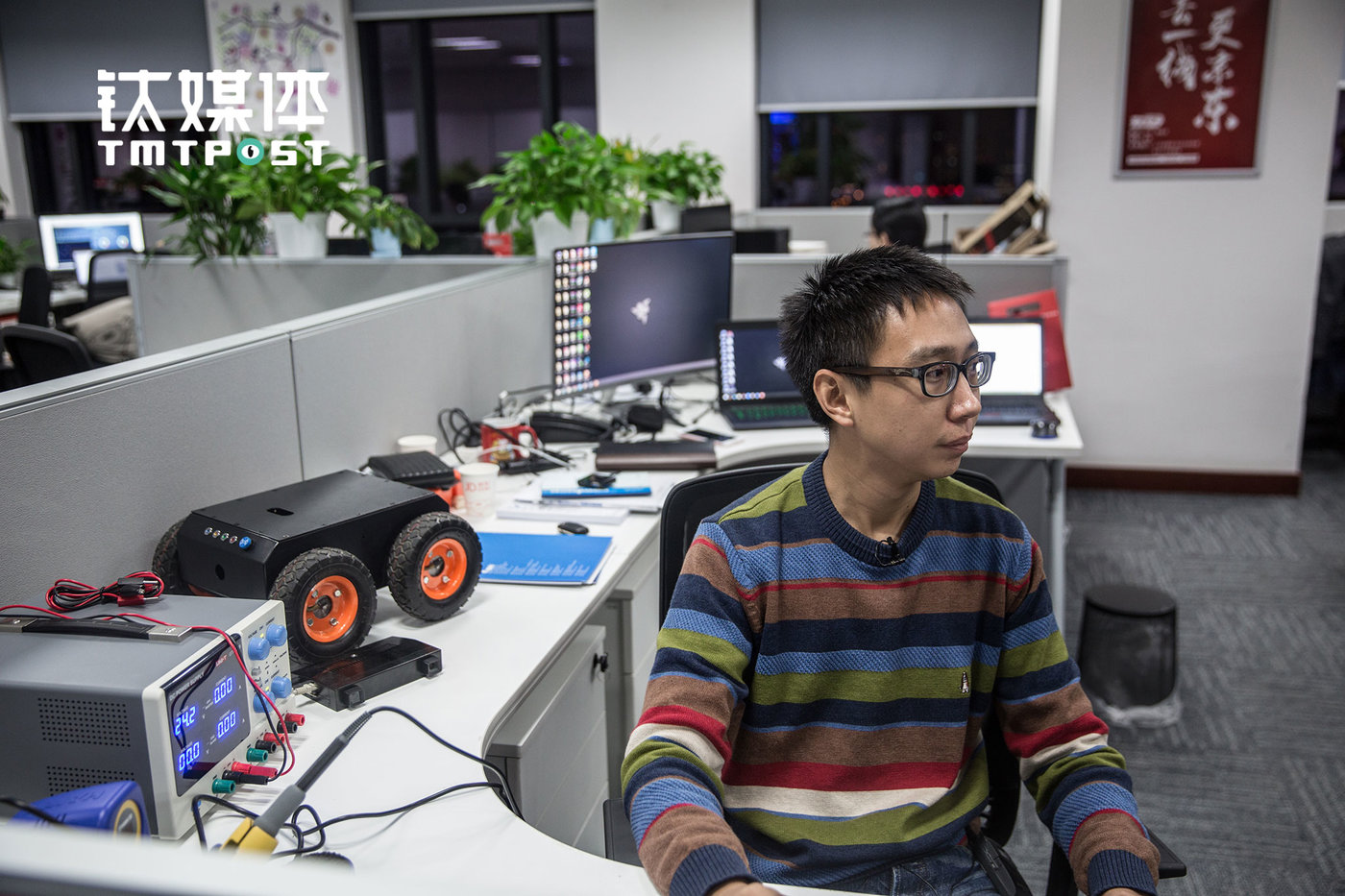 Zhang Chao is a hardware engineer at JD’s Unmanned Vehicle R&D Center. He joined JD after receiving his Ph.D degree. Previously, he was deeply involved in R&D as well as first testing of JD’s unmanned delivery drones. “Recipients could open the container and pick up the package on the unmanned delivery vehicle by scanning QR code or entering the password. In the future, we will even allow recipients to use fingerprint or face to do that,” he explained. His team’s ultimate goal is to make a fully automated delivery vehicle. 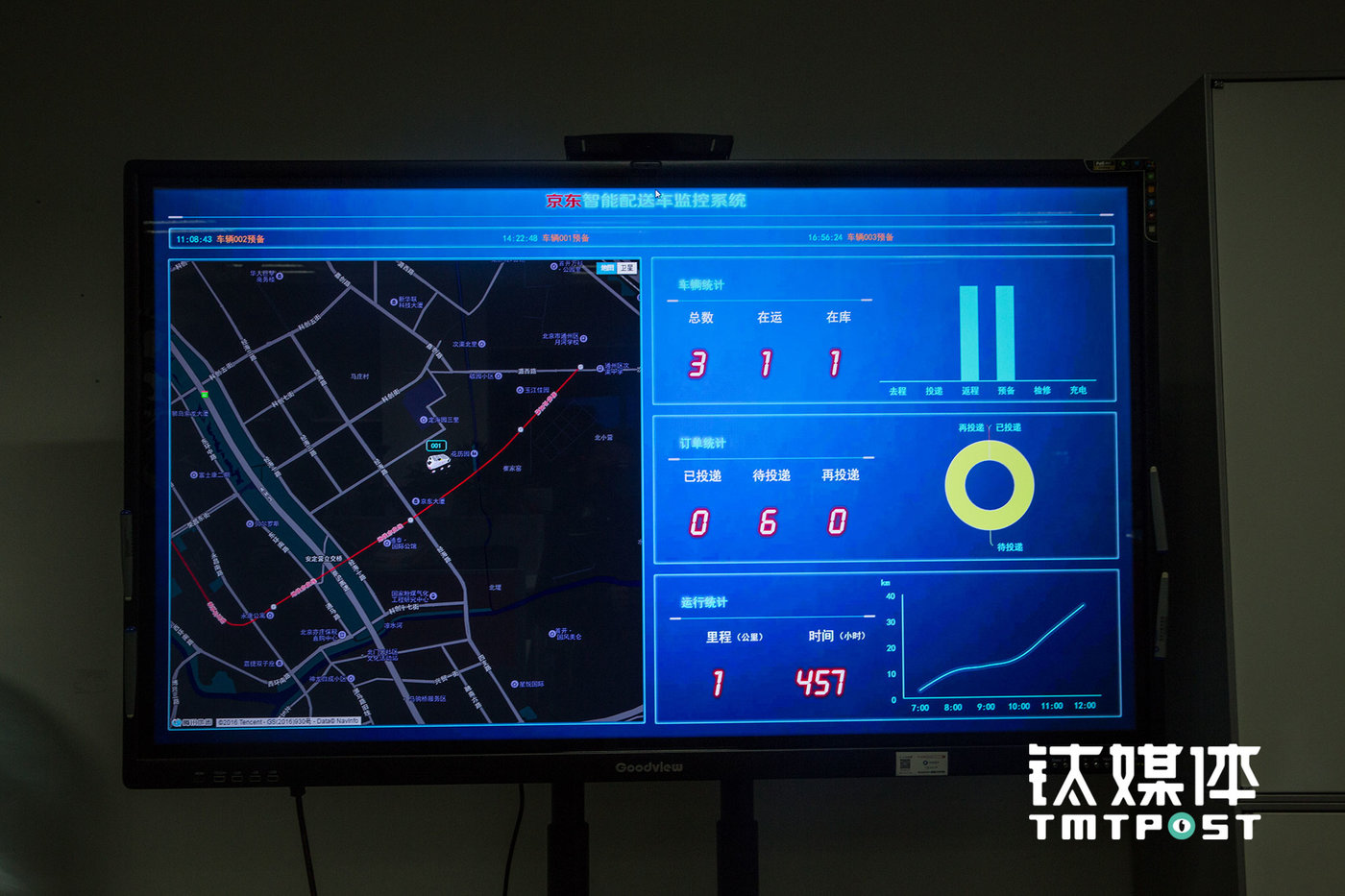 At present, the team was still busy testing and adjusting the unmanned delivery vehicle. During the trial testing in the upcoming Double Eleven Shopping Festival, they can track the position, battery, delivery and sensor status of the vehicle real-time as well as watch the surroundings of each vehicle live with the help of the embedded camera on each vehicle. 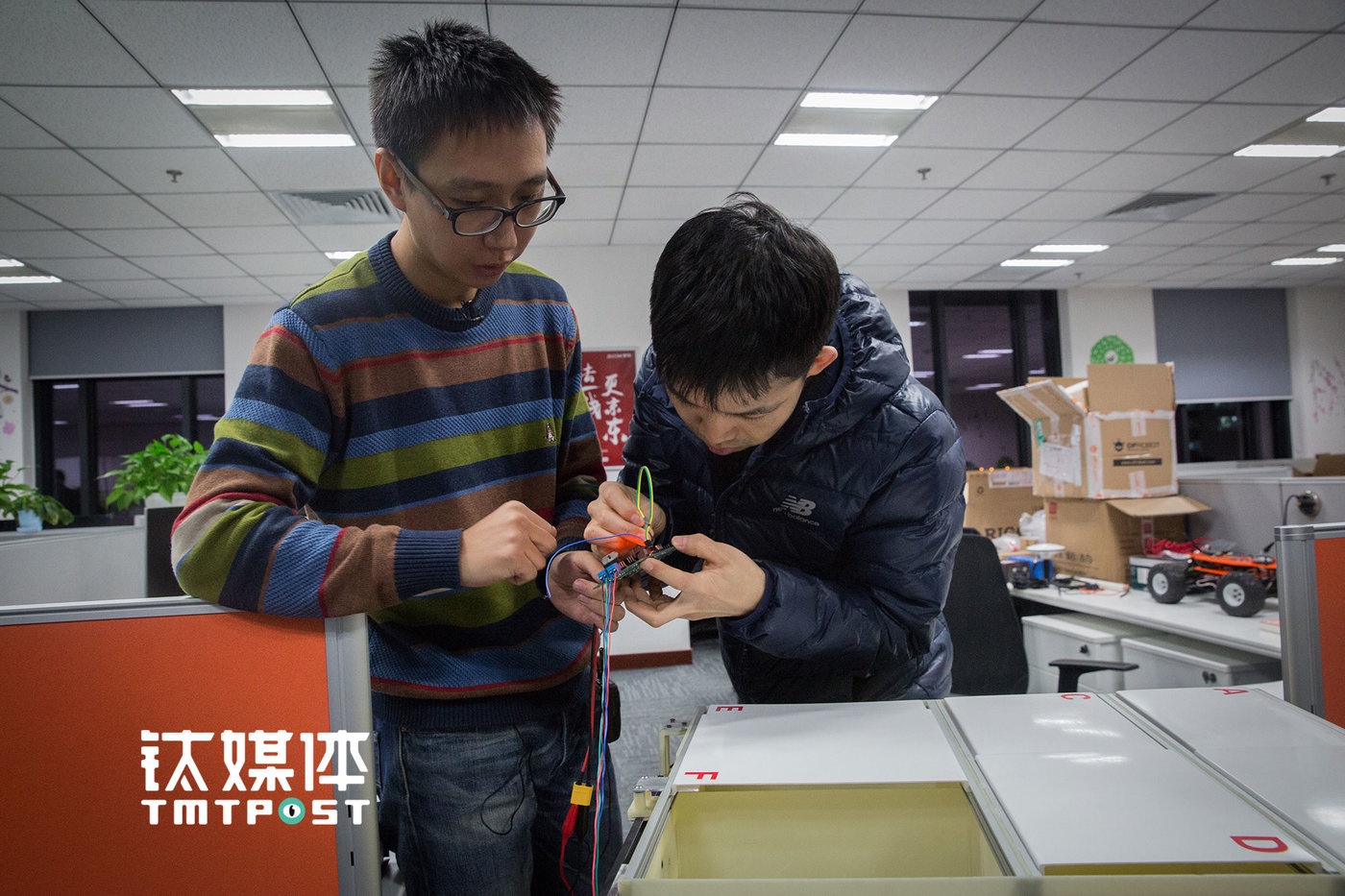 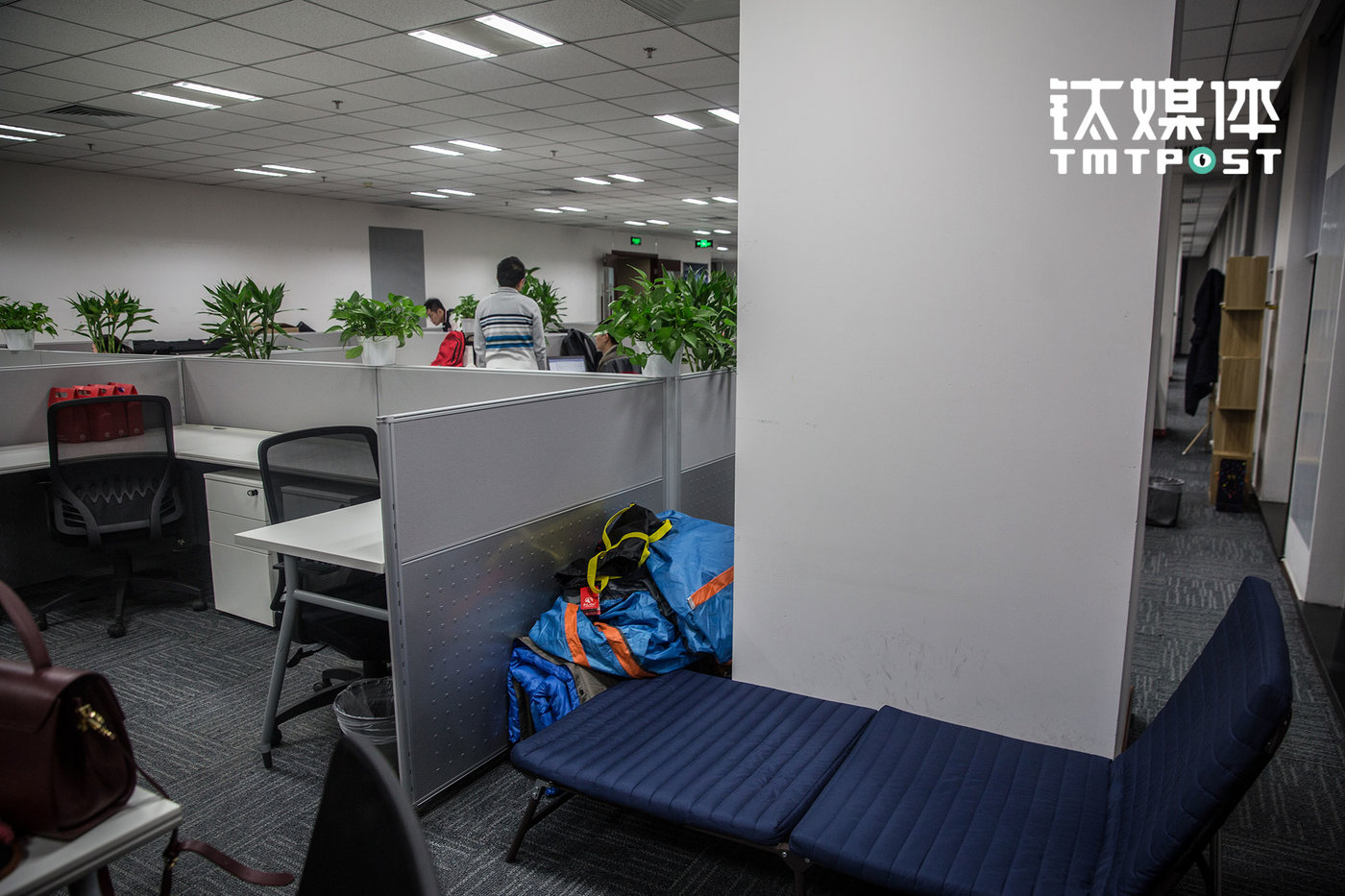 The unmanned delivery drone team and unmanned deliver vehicle team are all under JD’s mysterious business division. To get better prepared for the upcoming Double Eleven Shopping Festival, JD even prepared tents and sleeping bags for staff who might work overtime and need to have a nap. “We still need time to test our ideas and see if our technology is mature or not and our project feasible enough,” Zhang said at last, “if you might see JD’s unmanned delivery vehicle one day on the street, I really want all you guys to be a little more patient and tolerant.”

Special column of TMTpost
Aiming to record individuals and entrepreneurs in the Internet industry
Photos don’t lie, but they don’ tell the whole truth
Photos are free, but also full of traps
This is an Internet age, and we want you to discover stories with us online

[The article is published and edited with authorization from the author @flybutchery, please note source and hyperlink when reproduce.]