Covid-19 control and prevention measures have deviated from the path of law and science in Henan province and become electronic shackles in restricting rights of a citizen, a lawyer argued. 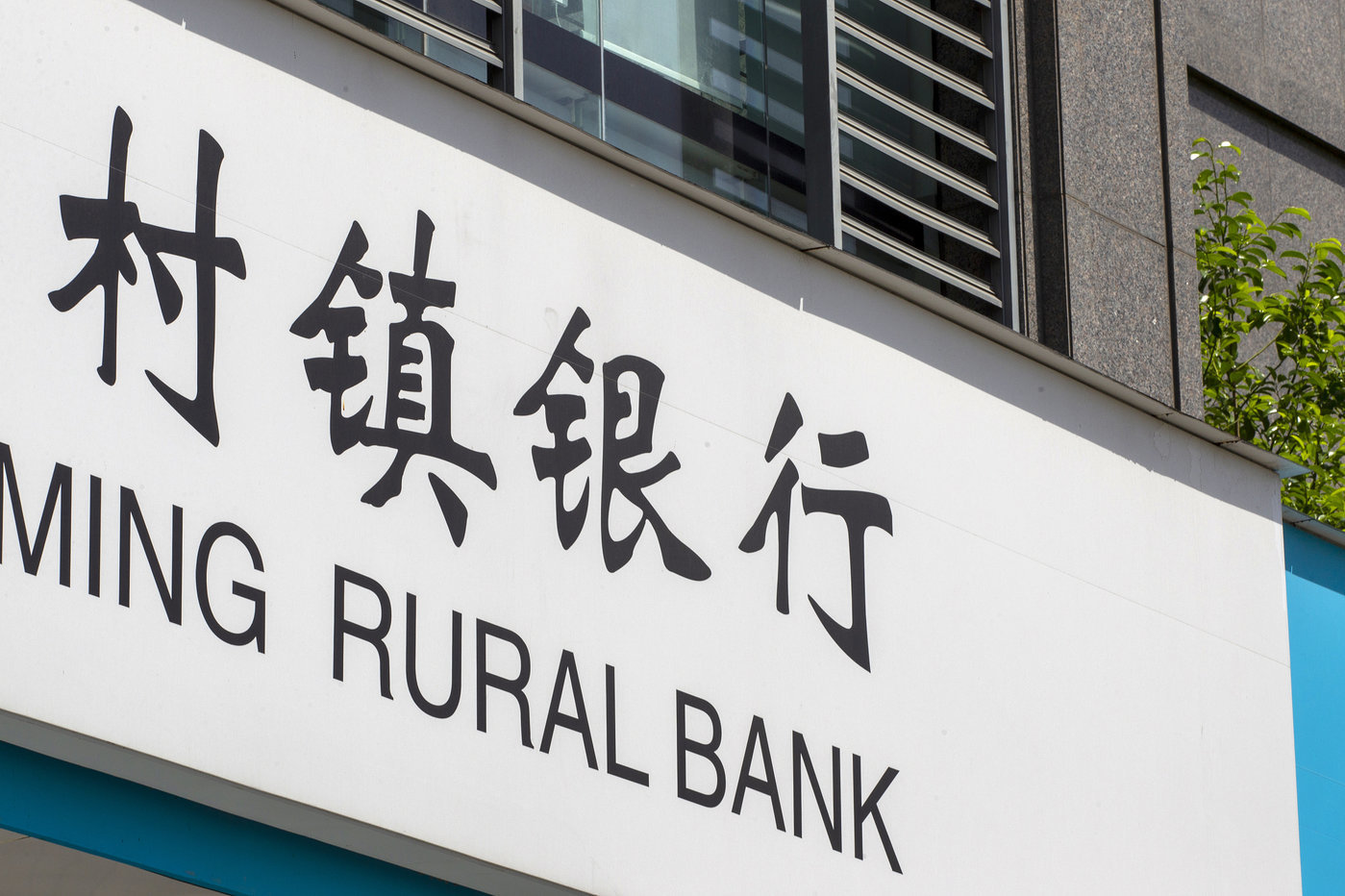 The clients of a few village and township banks were given a red barcode, which means they must go to a quaratine facility despite their negative PCR test results.

BEIJING, July 20 (TMTPOST) -- Ma Wei, a client of a Henan-based village and township bank, found his brief visit to Zhengzhou, the capital of central China’s Henan Province, bizarre. On June 13, he heard the cabin announcement that Ma Wei should get off the plane early upon his landing in Zhengzhou Airport. At the airport, he checked his Covid-related travel status and was astonished to see a red Quick Response (QR) code, which meant he could not go anywhere but to a government-designated quarantine center immediately.

He was puzzled because he had had a green QR code or a travel restrictions-free code before he boarded the plane. “What happened to this flight? Was there any Covid-19 patient on the plane?” he wondered. But it turned out that no one on the plane was infected with the coronavirus.

Ma was not alone. Wang Yi had a similar journey. At around 2 pm on June 12, he arrived in Zhengzhou railway station from Zhangjiakou, Hebei province. He had planned to visit a branch of a local small rural bank to discuss the withdrawal of his deposits. The bank’s online banking system has been down since April this year. He took out his cellphone and scanned a QR code at the exit of the railway station. His Covid-19 barcode was still green. Since the onset of the Covid-19 pandemic in China in January 2020, there have been codes in many public places in China to track the movement of a traveller.

In order to ensure a hassle-free trip, Wang went to a PCR test center in Zhengzhou to get a test. However, within 30 minutes after his sample was taken, he found his cellphone QR code turning red after he scanned a code in front of a restaurant. That was even before he got his Covid-19 test results.

Immediately local authorities contacted him. He had two options: either return to Hebei province or start a mandatory quarantine in a government-designated facility, which he had to pay a hefty fee for.

He felt he was blackmailed and called the police right away. Next, he was taken to a police station.

Wang was hungry and exhausted. However, he neither wanted to return to Hebei nor go through a 14-day quarantine. He just wanted to get his money back from that embattled bank. He spent the entire night in the police station.

The next morning, he realized it was impossible to visit that bank given her red QR code, which prevented him from boarding any bus, taxi or any other public transportation vehicle. His family also phoned him, asking him to return as soon as possible as there was an emergency at home.

Wang was not sure what to do. However, the policeman notified him that his Covid-19 barcode would turn green if he embarked on a return trip. The policeman confirmed that he got the notice from higher authorities.

On the afternoon of June 13, he decided to go back after one day and one night in that police station. According to the local Covid-19 travel regulations, a passenger must show his or her green barcode in order to get on a train. Wang’s barcode was red, which was against the rule.

When Wang raised concerns about his violation of the local rule, local authorities told him that they could take him through a special channel to avoid a normal entry into the train station. Eventually he boarded the train with his red barcode.

On the evening of June 13, when he arrived in Beijing, he found his barcode still red. However, when he got to Zhangjiakou, he checked the barcode again. “It turned green,” he told TMTPost. From June 12 to June 13, his barcode turned from green to red and to green despite his negative PCR results.

On the same day, many clients of Hanan-based distressed banks experienced the same drama. A resident in Beijing did not even leave the megacity but her barcode nonetheless turned red. A seven-year-old boy was also given a red barcode just because he was a co-holder of an account with a troubled bank in Henan province.

TMTPost called Zhengzhou’s administrative hotline – 12345 and was told that many had reported similar issues with their barcode. They started to receive complaints on June 13 and already submitted a report to Zhengzhou Covid-19 Control and Prevention Command Center in order to resolve the issue.

A staff member of the hotline advised reporting the problem to the local community commission. “Please wait for our further notice,” he said in response to whether a mandatory quarantine was required.

The staff member said he was unsure whether the issues were limited to only some bank clients. But he confirmed there was some problem with big data or the database.

He clarified that the red barcode was issued by provincial authorities in Henan province. He doubted that the local community commission was able to solve the problem.

However, a few bank clients told TMTPost that their barcode turned green on June 14 afternoon after doing nothing but waiting.

Many depositors of four Henan-based village and township banks found their online banking system dysfunctional and money withdrawal requests denied on April 18. The banks announced that online banking and cellphone banking were closed due to system maintenance and upgrading.

Most of the depositors do not live in Henan, but in other provinces like Shandong, Guizhou, Hebei and Guangdong, because they bought the deposit products through third-party online platforms such as Rudu Xiaoman and Binhai Guojinsuo.

The online deposit products, issued by commercial banks through third-party platforms, were declared illegal by the banking regulators in January 2021.

On May 18, the Banking Regulatory Commission said that it had instructed the Henan Banking Regulatory Bureau and the People’s Bank of China’s Zhengzhou Office to take their responsibility and cooperate with local governments to resolve the issue.

On May 20, the banking regulator said the issue concerned not only depositors and the village and township banks, but also other counterparties. Henan New Fortune Group, the majority shareholder of the banks that used third-party platforms or brokers to take deposits, was suspected of breaking the law. The company, founded in 2011 and terminated on February 10, 2022, has been under investigation since then. Yu Zefeng, the legal person of the company, has also invested in a number of machinery equipment companies and trade companies.

The spokesman of the banking regulator said all legal transactions were protected by law and consumers should buy financial products through regular channels.

Wang Deyi, a lawyer with Beijing Xunzhen Law Firm, told TMTPost that this incident in Zhengzhou set a precedent for the health barcode to be used for other purpose. “If this is not corrected, it would become a new normal,” Wang said. “Some Covid-19 control and prevention measures in some places have deviated from the path of law and science and become electronic shackles in restricting rights of a citizen,” he added.

On the night of June 14, a commentary titled “Stop Such ‘Clever Move’ as Imposing Red Barcode on Bank Clients Who Defended Their Rights” was posted on the People’s Daily overseas version’s social media account.

The commentary noted that the bank clients were precisely targeted in terms of the issuing of red barcodes. Such willful acts made people wonder whether the Covid-19 control and prevention method was misused, which would just delay the resolution of the existing problems.

The commentary emphasized the Covid-19 barcode, a method to control and prevent the spread of the coronavirus, should not be used for “social management” or “stability maintenance.” “Those behind the willful acts must be held accountable,” the commentary said.

On June 19, Xie Jing, a resident of Zhengzhou, posted on her Weibo account that she had sued Henan Health Commission for giving her a red barcode without a legitimate reason. 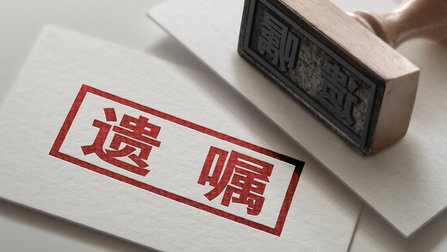 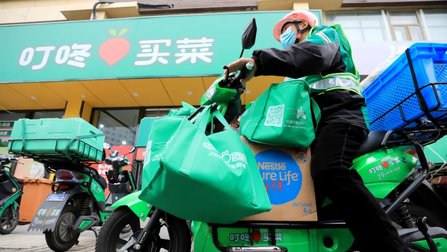 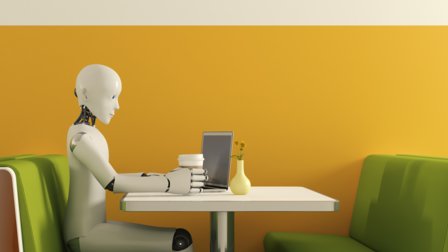 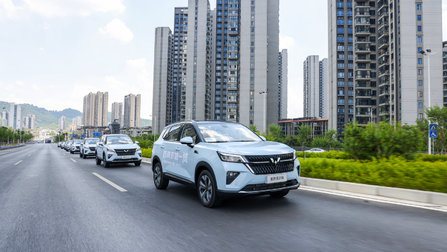 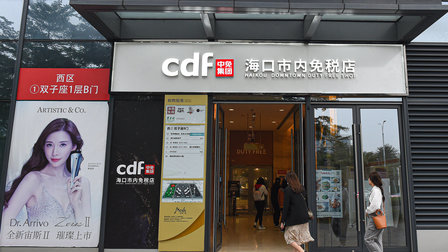 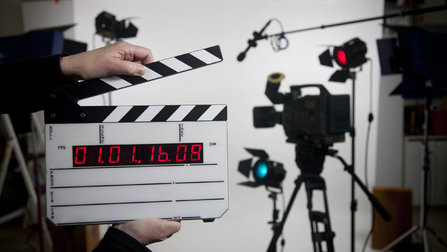