Whither Will U.S.-listed Chinese companies Go?

U.S.-listed Chinese companies have three alternatives. First, list their shares on a non-U.S. exchange, such as in Hong Kong or London and eventually change their primary listing venue to a non-U.S. exchange; second, take their company private; third, comply with SEC’s audit requirements to stay on a U.S. exchange. 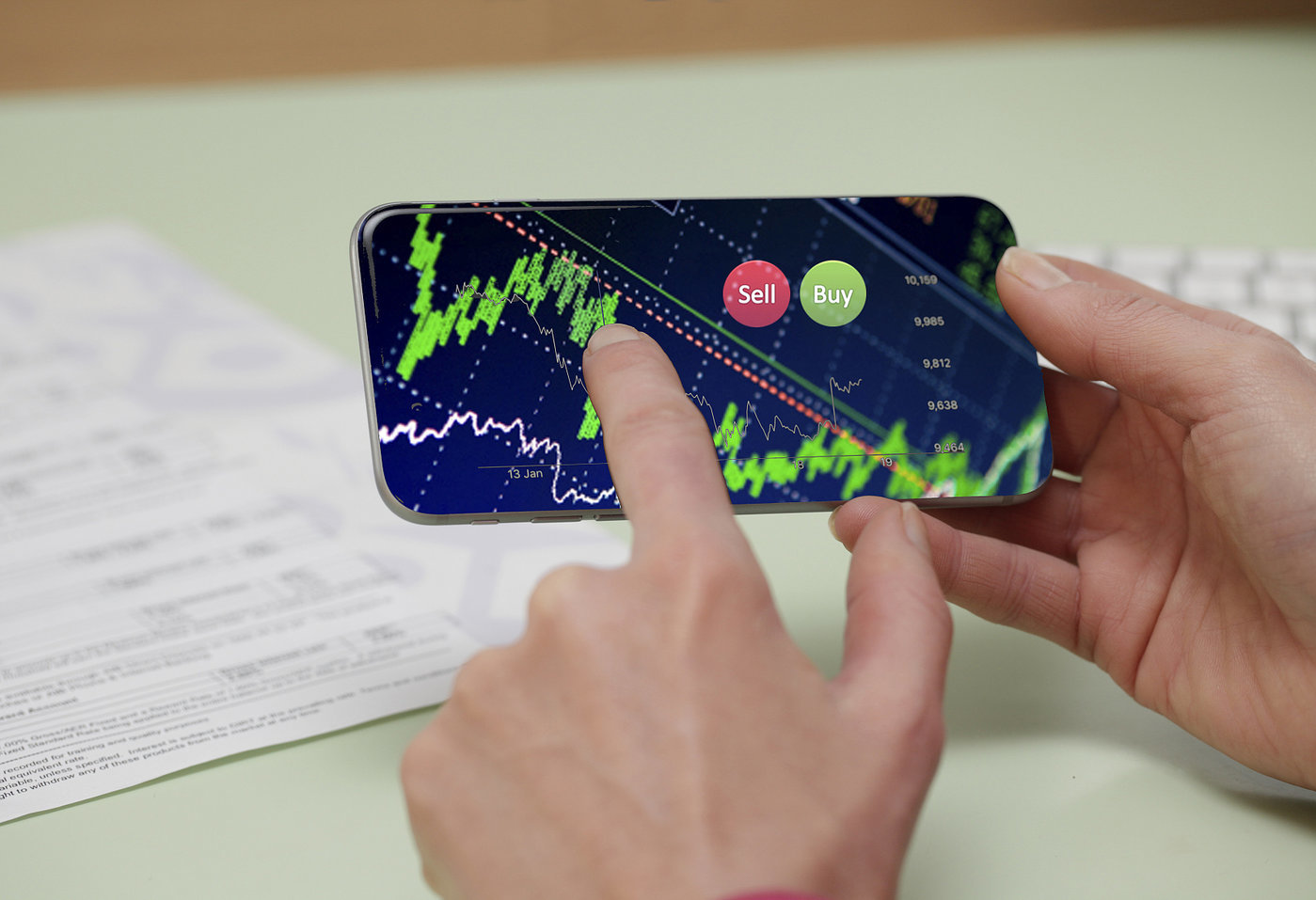 BEIJING, April 29 (TMTPOST) -- Eight obscure merchants struck a bell at the New York Stock Exchange (NYSE) during e-commerce giant Alibaba Group’s IPO on September 19, 2014, witnessing the largest IPO on a U.S. exchange floated by a Chinese company. Alibaba’s shares closed up 38% from its IPO price on the first day of trading, implying the company's valuation of over US$230 billion and emerging as the fourth largest tech company by market value, only after Apple, Google and Microsoft.

Michael Moritz, partner of Sequoia Capital, said after a few days that the IPO “is a major landmark event in the evolution of global online activity” and showed that interest in Chinese companies was surging. “The whole global online chessboard is being rearranged,” he added. Alibaba proved to be a good bet for investors like Moritz: its stock price soared to US$317 in 2020, about 4.6 times as much as the issue price.

However, Alibaba’s strong performance did not last too long. In March 2022, its shares fell to US$76 amid the recent market crash for Chinese firms on U.S. stock exchanges. The fall of Alibaba from its pedestal was an epitome of U.S.-listed Chinese firms. Chinese firms, once the darling to investors, have become a pariah in stock markets.

On April 25, 17 more Chinese companies were added to the SEC's list of firms facing possible delisting, including Li Auto, BEST, CBAK Energy Technology, Luckin Coffee, and Zhihu. If the companies on the list refuse to let U.S. regulators see their financial audits for three consecutive years, they will be kicked off U.S. stock exchanges. About two weeks earlier, 12 firms, including Sohu.com, Mocrovast, China Automotive Systems and Daqo New Energy, has been placed on the same list.

As the U.S. regulators are moving closer to delist Chinese firms, communications between regulators on both sides of the Pacific Ocean have picked up. Chinese and U.S. teams met every other week online in an effort to narrow their gap and reach the common ground, according to China’s securities watchdog China Securities Regulatory Commission （CSRC).

In late March, CSRC said both parties were willing to resolve their disputes but the final results were dependent on their wisdom and determination. On April 2, China announced new daft rules on offshore listings, which revised confidentiality requirements in an apparent attempt to remove a legal obstacle to China-U.S. cooperation on audit oversight.

The Rise of Chinese stocks

A total of over 500 Chinese companies were listed in U.S. stock markets in the past three decades and now 281 of them remain listed, with 190 traded on Nasdaq, 84 on the NYSE and 7 on American Stock Exchange (AMEX).

Of the 281 firms, leading internet company Netease’s shares soared by 136-fold from its IPO price as of late March, making it the best stock of all. Search giant Baidu came second, with a 54-fold surge, followed by Trip, Huazhu Hotels, BeiGene and JOBS with a 6-fold rise.

However, many did poorly. As of late March, OneSmart International Education, online retailer Mogu and FangDD Network plunged 99.42%, 97.53% and 97.23%, respectively, from their IPO price. Thunder and iQIYI dropped by over 80%.

Despite its ups and downs, offshore listings of Chinese companies are of great significance to China’s frantic economic growth since 1978 when China embarked on its economic reform and opening up to the outside world. A market observer told TMTPost that China was transitioning from a planned economy to a market economy in early 1990s. “By raising capital in overseas markets, the Chinese companies made breakthroughs through adopting the VIE structure and bypassing China’s regulatory framework. Most of successful internet companies were created during that era,” he added.

In some fields where China is competing with the United States, overseas financing has fueled Chinese companies during their catch-up phase. Take new energy vehicles as an example. Proceeds from overseas listings helped emerging automakers strengthen their capability in research and development and accelerate whole-car production. As of late 2021, of the top 20 automotive companies in the world in terms of market value, six were China-based.

Beijing-based Economic Daily recently commented that Chinese companies’ offshore listings have benefited themselves, emerging industries and international investors. It is a win-win situation and in the interests of both China and the United States, said the national economic newspaper.

Wen Guoliang, a partner of Addleshaw Goddard, told TMTPost that some Chinese firms chose the United States as their listing destination because of lower earnings requirements and thresholds in the United States compared with those in China.

Chinese securities regulators require an IPO issuer to be profitable for three consecutive years, which were too difficult since many internet startups burned money to acquire customers in their early stage. Until 2018, the Hong Kong Stock Exchange stipulated that each common share shall bear the same voting right, which prompted Alibaba to turn to the NYSE that allowed its founder Jack Ma to control Alibaba despite his minority shareholding. Furthermore, U.S. stock exchanges use the registration system and often give higher valuations, which made them a magnet for Chinese tech companies.

US tightens regulation of Chinese firms

The Holding Foreign Companies Accountable Act (HFCAA), which was passed in May 2020, requires companies publicly listed on stock exchanges in the United States to declare that they are not owned or controlled by a foreign government. In December 2021, the SEC finalized the law, which permits the regulator to ban companies from trading and delist them from exchanges if the Public Company Accounting Oversight Board (PCAOB) is not able to audit requested reports for three consecutive years. PCAOC is a non-profit corporation established by U.S. Congress to oversee the audits in order to protect investors.

Many U.S.-listed Chinese companies have come under scrutiny since then. On March 10, the SEC identified five Chinese companies, namely Yum China, BeiGene, Zai Lab, ACM Research and HUTCHMED, as the first batch that face the prospects of being delisted. Their stocks plunged on the news. As of late April, a total of five batches were added to the growing list.

However, there is an inherent conflict between U.S. law and Chinese law. Existing Chinese data security law and securities law prohibit foreign regulators from obtaining domestic data without approval. In the face of the impasse, China has begun the process to revise relevant laws.

On April 2, CSRC revised confidentiality rules, deleting “on-the-spot inspection shall be conducted mainly by Chinese regulators or on-the-spot inspection results shall be based on Chinese regulators’ work.” The revised draft rules also emphasize that the label of “confidential, sensitive information” shall not be overly used and that free flows of commercial information shall be supported.

Prior to the law revision, Alibaba had upsized its buyback plan from US$15 billion to US$25 billion to shore up its battered shares, making it the largest repurchase since its IPO in 2014 and also the largest for a U.S.-listed Chinese company ever. Xiaomi, NetEase and Weibo also announced similar plans.

However, U.S.-listed Chinese companies may not see a big rebound in their share price before the audit problem is solved, an investment banker told TMTPost.

China Securities International, a leading securities brokerage in China, proposed three possible paths for U.S.-listed Chinese companies. First, list their shares on a non-U.S. exchange, such as in Hong Kong or London, and eventually change their primary listing venue to a non-U.S. exchange; second, take their company private; third, comply with SEC’s audit requirements to stay on a U.S. exchange.

Unless the audit dispute is resolved, delisted Chinese companies, like Luckin Coffee, may have to resort to the pink sheets market. However, trading volumes are pretty low in the highly speculative over-the-counter market, which is apparently not a desirable choice for Chinese companies.

A few Chinese companies, such as Tims China and BeiGene, have started to adapt to regulatory changes by pondering hiring a U.S. accounting firm as their primary auditor. It might be a realistic choice for some. 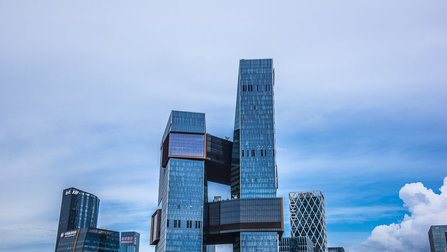 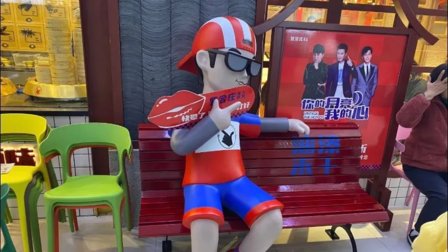 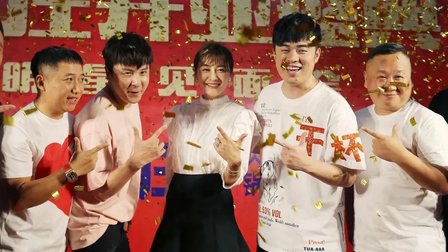 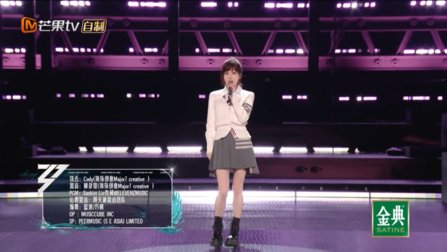 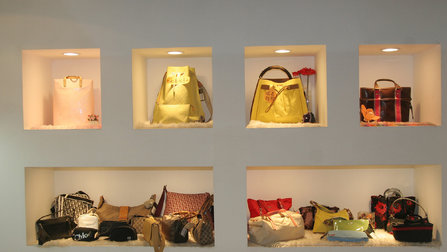 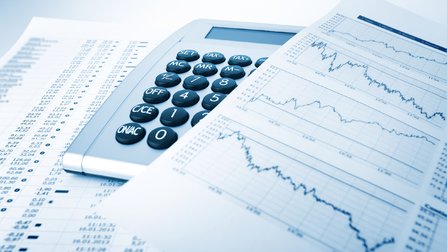