Honor marginally surpassed Xiaomi by market share in Q3, but Xiaomi's position is expected to be challenged the most by Honor as both OEMs have a relatively higher sales contribution from online channels.

BEIJING, November 4 (TMTPOST)— Chinese tech giant Xiaomi failed to retain its freshly-obtained position in the worldwide smartphone market, dropping out of the top three even in home market a quarter after first being the runner-up in the global market in the industry’s ranking.

In the third quarter, Xiaomi was ranked the fourth with 14% share of China’s smartphone market with a quarter-over- quarter (QoQ) sales decrease of 15% and a year-over-year (YoY) increase of 15%, lagging behind vivo, OPPO and Honor, according to the technology market research firm Counterpoint Research’s recent monthly report. The country’s overall sales in the quarter declined 9% YoY but increased 3% QoQ to reach 76.5 million units, featuring the comeback of Honor, the fastest growing brand that period with a robust QoQ growth of 96% and down 7% YoY. Sales of two leaders vivo and OPPO rose 21% YoY and 26% YoY while the first advanced 2% QoQ and the second fell 1% QoQ. Honor just marginally surpassed Xiaomi by market share that quarter, but Xiaomi’s position is expected to be challenged the most by Honor as both OEMs have a higher sales contribution from online channels when compared to other major Chinese OEMs, Counterpoint senior research analyst Ethan Qi commented. The firm noted that both 5G-capable mid-to-high end Honor 50 series and 4G-enabled Honor 20 quickly became top sellers as the brand successfully restored sales across both offline and online channels since Huawei’s split last November. 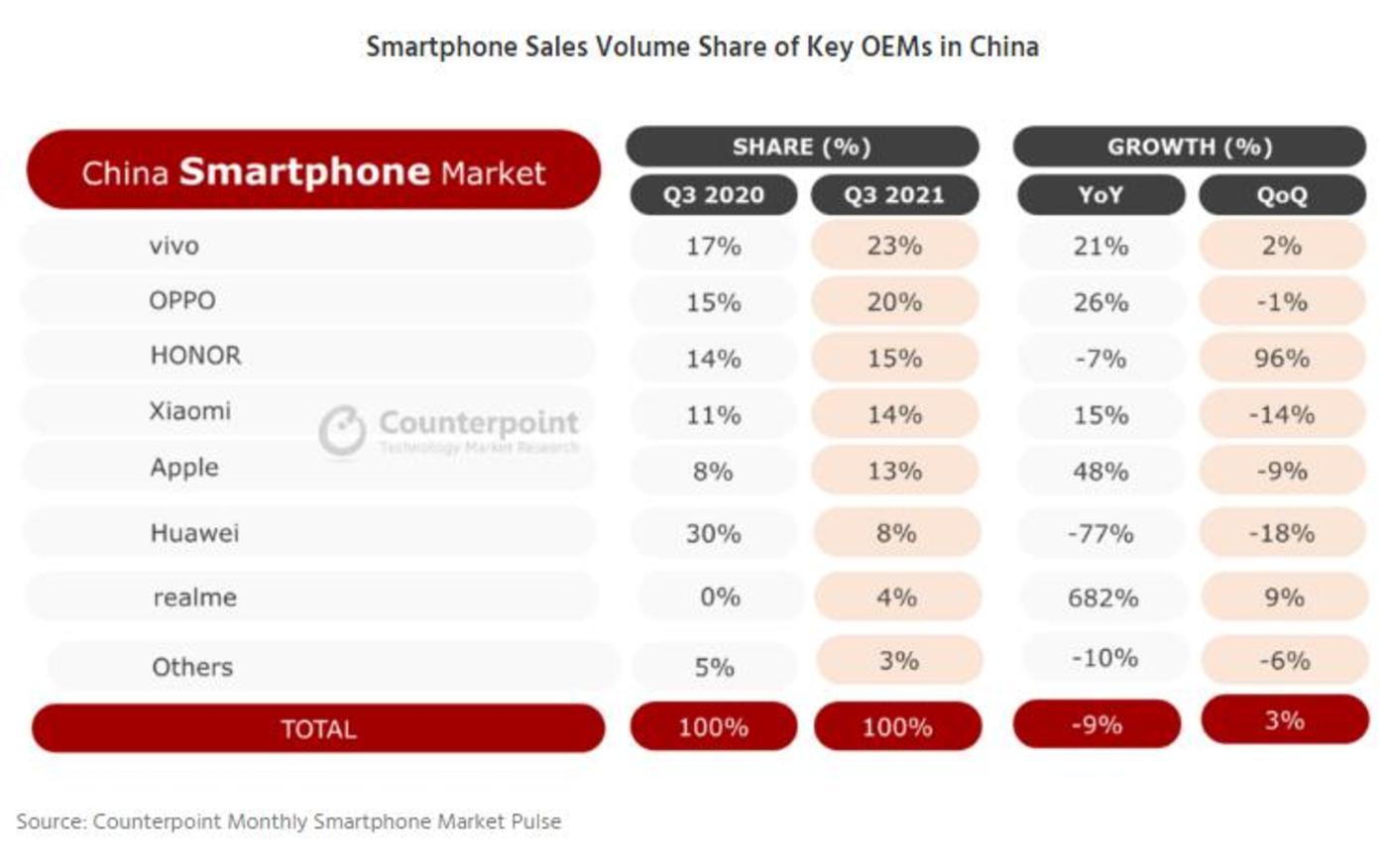 Another market research firm Strategy Analytics showed broader view of vendors’ performance in China. In its ranking list, vivo and OPPO also took the top two with quarterly shipment of 18 million and 170 million and market share of 23% and 21% respectively. With the shipment of 14 million units and 109% QoQ rise, Honor surged to the third as well, trailing Xiaomi and Apple which slipped to the fourth and fifth with 11 million and 10 million units respectively. Xiaomi’s shipments dropped 2% from a year ago and the market share gap between Honor and Xiaomi was five percentage points, wider than any gaps either between the top two or the second and the third. According to the firm, Honor is snatching shares from other vendors owing to improved chip supply and strengthened product portfolio, and Xiaomi is facing intensified competition in domestic market. 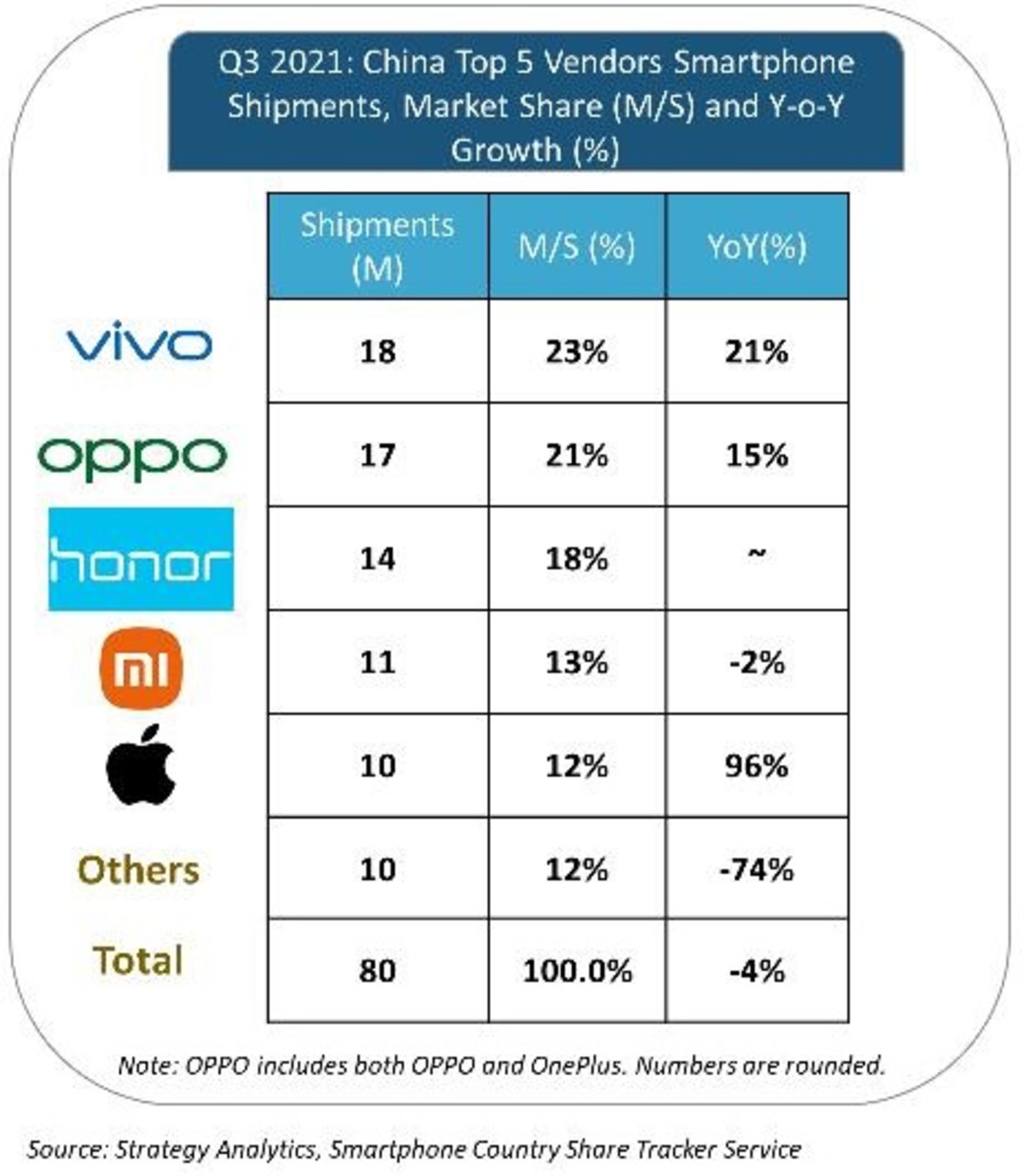 About three months ago, Counterpoint said Xiaomi’s global smartphone shipments ranked the second for the first time in the second quarter with a market share of 16.7%, while it also first ranked No.1 in Europe with a share of 28.5% that quarter. In June alone, Xiaomi was the fastest-growing brand with a month-over-month (MoM) sales increase of 26%, benefiting from recovery of its homeland market China where the overall sales grew 16% MoM driven by the 618 festival. The same month saw Samsung’s production disrupted due to business closure in Vietnam amid new wave of COVID-19 infections. 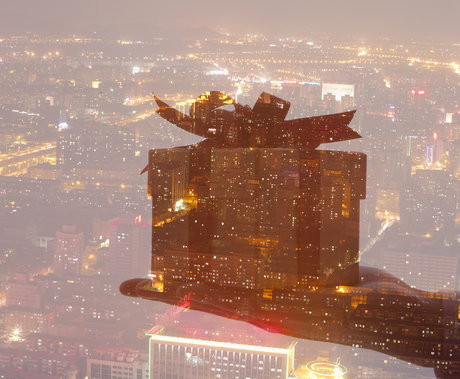 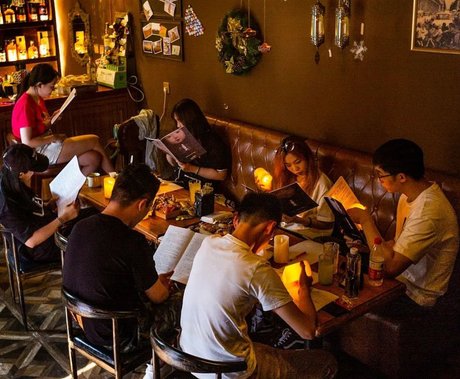 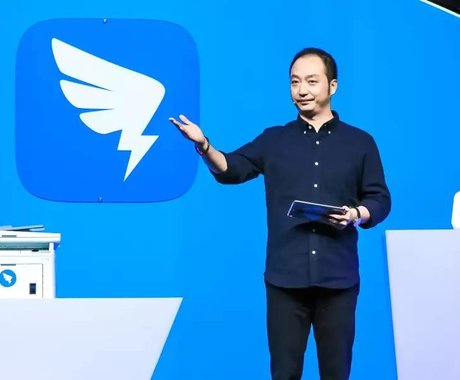