In the wake of a bloody border clash with China in early June, the Indian government on Monday banned dozens of popular Chinese apps to pander to the rising nationalist sentiment. The Chinese government has urged New Delhi to protect international investors, including Chinese firms. 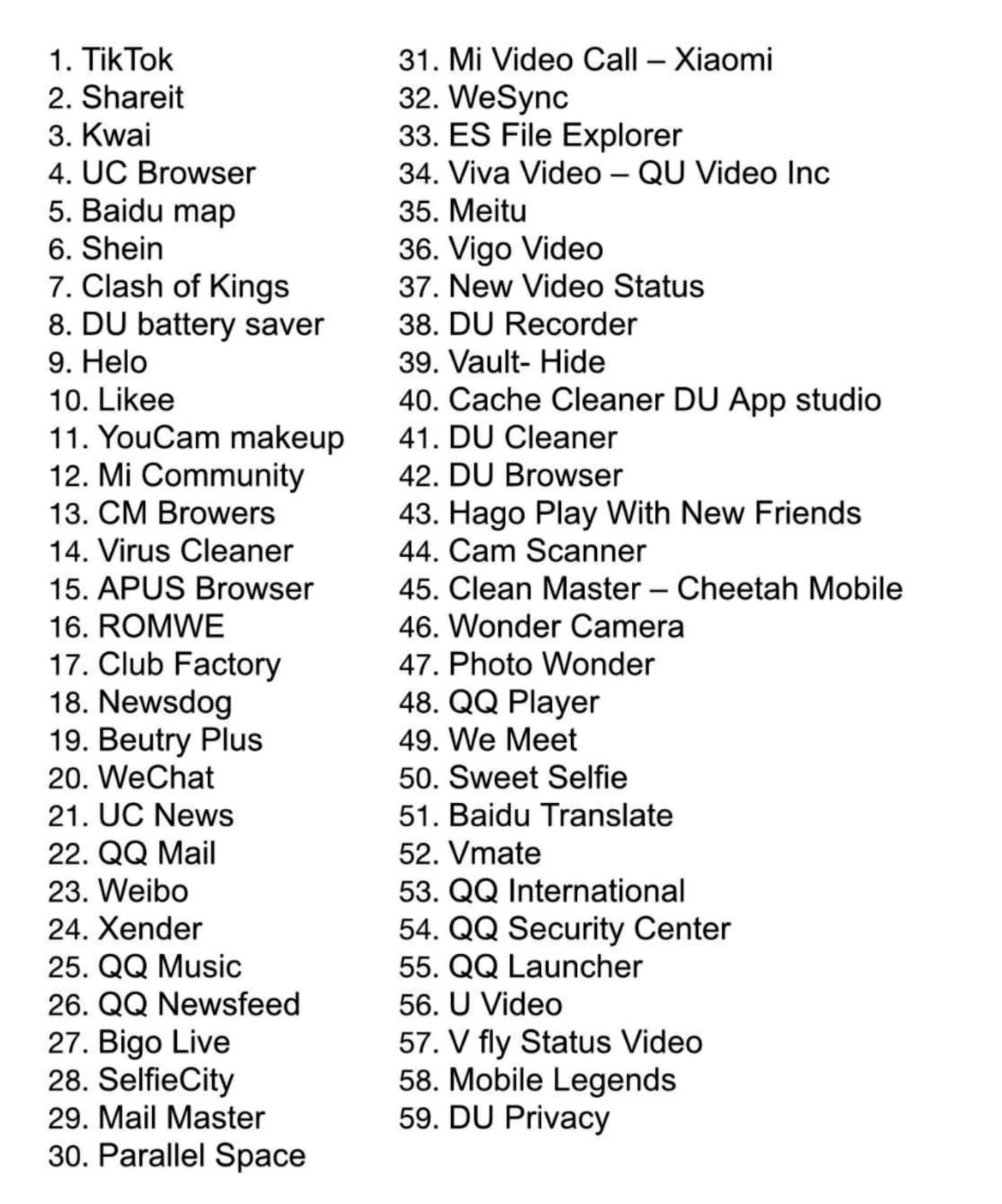 BEIJING, July 1 (TMTPOST) – ByteDance, the owner of TikTok, a popular short video-sharing app in India, may suffer US$6 billion in econoic loss due to the Indian government’s ban on Chinese apps, according to a source close to ByteDance.

ByteDance has three apps, namely TikTok, Helo and App Vigo Vido, on the list of apps banned by India on Monday evening. TikTok targets overseas users while Helo is an app catering to young Indians.

In the past few years, ByteDance has invested over US$1 billion in developing products and marketing in India. The ban is likely to cause a loss of US$6 billion, according to the source.

He estimated that ByteDance was hit the most, with its loss surpassing the aggregate loss of all other Chinese companies affected by the ban.

Due to inexpensive data plans and a young population in India, TikTok had acquired about 200 million users in the past three years in India. The popular app features shareable fun video clips.

TikTok had 112 million downloads in May, 20% of which were from India, according to mobile app analytics company Sensor Tower. The U.S. markets came second, with only about half of downloads in India markets.

By July 1, TikTok and Helo had been removed from app stores in India. TikTok issued a statement, highlighting its compliance with the Indian government’s ban and pledging to continue to protect data security and the privacy of users in accordance with local laws and regulations.

In April 2019, ByteDance announced it would invest US$1 billion in India over the next three years. In July 2019, ByteDance decided to build a data center in India to store the data of local users.

ByteDance has stored the data of Indian users in third-party data centers in the United States and Singapore. ByteDance has over 2,000 local employees in India.

In another development, the content of Indian Prime Minister Narendra Modi’s Weibo account has been deleted completely. Weibo is also on the list of the banned Chinese apps. In his last message posted on January 25, Modi extended Chinese New Year greetings to his 244,000 followers.

On Tuesday, China's foreign ministry stressed that the Indian government has the responsibility to protect the legal rights of international investors, including Chinese companies, in response to India's ban on Chinese applications.

The Chinese government has always required Chinese companies to comply with local laws and regulations during their overseas operations, said Zhao Lijian, the foreign ministry spokesperson.

China and India's business cooperation is mutually beneficial and it is actually not in India's interest to jeopardize the cooperation, he added.

The Chinese government is paying close attention to the recent development and is currently verifying the situation, said the spokesperson.

The Ministry of Electronics and Information Technology of India announced on Monday evening a ban on 59 Chinese apps, citing concerns over data security, sovereignty and national security.

The move came after a recent border clash between the world’s two most populated countries. Chinese and Indian soldiers had a bloody conflict in China-controlled Galwan Valley in early June.

The ministry alleged that it had received “many complaints from various sources, including several reports about misuse of some mobile apps available on Android and iOS platforms for stealing and surreptitiously transmitting users’ data in an unauthorized manner to servers which have locations outside India.”

The ban will impact about one in three smartphone users in India. The dozens of Chinese apps had more than 500 million monthly active users in May. 27 of these banned were among the most popular 1,000 apps in India last month.