摘要： Technical hardware and code might be stone-cold, yet the role they play and the assistance they provide are real and compassionate.

Recent weeks have witnessed around-the-clock reports on the novel coronavirus pneumonia that emerged in Wuhan. People from all walks of life have been generously extending help to the city and its people, donating food and other basic necessities, not to mention medical supplies such as masks and protective suits. Most commonly, assistance comes in the form of monetary donations.

However, technology enterprises have the potential to offer far greater assistance to Wuhan in the overall battle against the new coronavirus by focusing on their respective areas of expertise.

To combat the epidemic, it is not enough to just ensure there are sufficient medical supplies to treat patients and protect the wider population. In times of crisis such as this, the flow of information becomes of vital importance.

Thus, as construction rapidly commenced on Leishenshan Hospital and Huoshenshan Hospital in Wuhan, the country's three major telecommunication operators (China Telecom, China Mobile and China Unicom) as well as communication equipment providers, such as Huawei and ZTE, embarked on analysing the communication resources of the region and formulated 5G expansion plans.

As of this moment, Leishenshan Hospital has already achieved gigabit network coverage, stable reception of 5G signals and a wireless network capable of supporting the concurrent communication needs of 25,000 people, accommodating the needs of remote command, remote consultation, remote surgery and data transmission. Meanwhile, Huoshenshan Hospital successfully completed the launch of its first 5G base station on January 25. 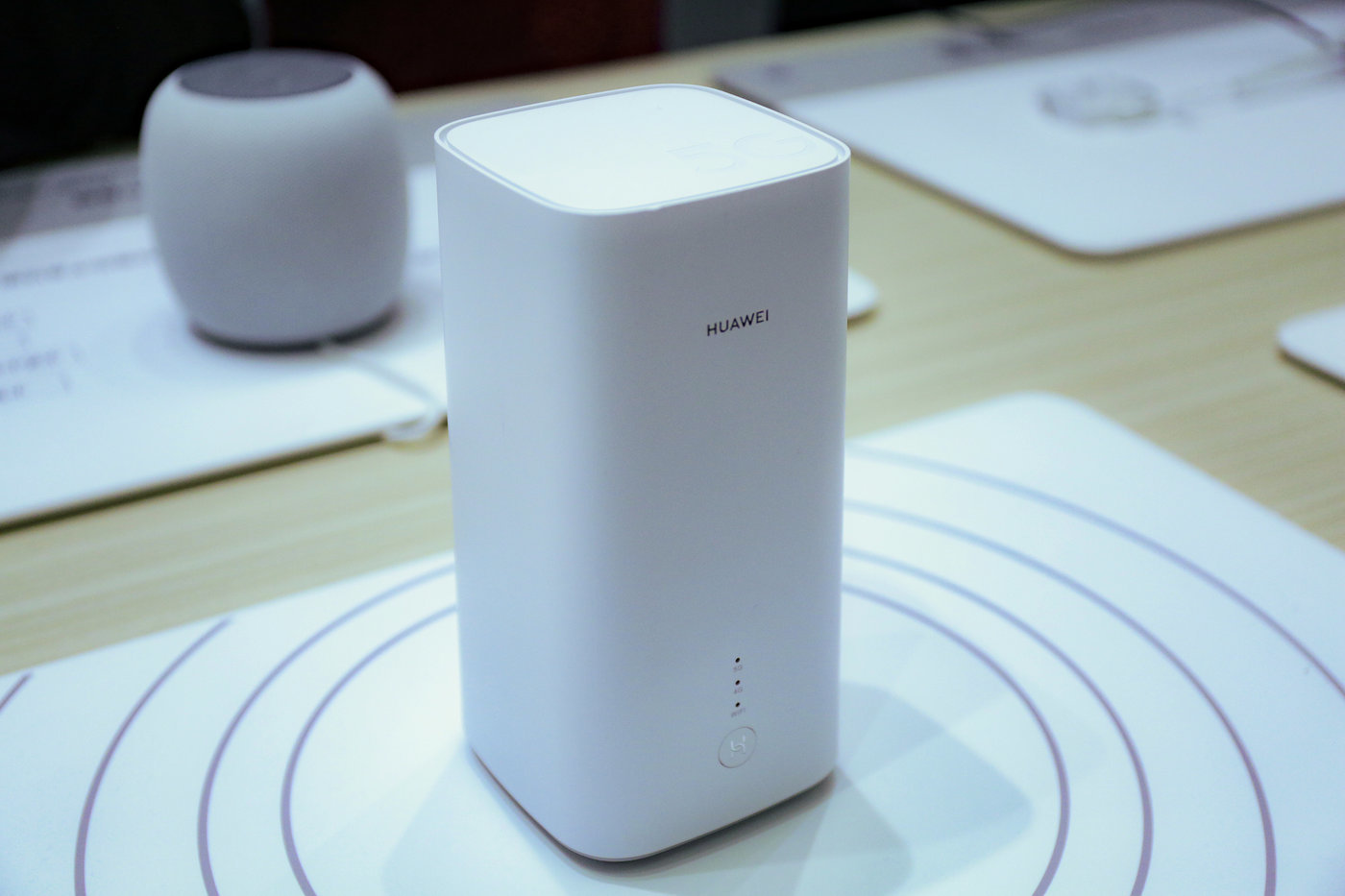 At present, most people still hold 4G communication devices, so 5G signals are being converted into WiFi signals via CPE (Customer Premise Equipment). Compared to the fiber router mode, CPE is less stable and suffers from network lag, however is more flexible in configuration and provides greater bandwidth capacity. For temporary hospitals such as Leishenshan and Huoshenshan, avoiding the requirement to lay cables can greatly improve construction efficiency.

Additionally, with 5G communication now guaranteed, all diagnostic and treatment data as well as patient medical records can now be transmitted, collected and archived digitally in the cloud, eliminating risk of viral and bacterial transmission caused by paper delivery. Digital management also facilitates remote access by researchers who are not on site, not only across China, but the entire world. Furthermore, for patients fitted with vital signs monitors, real-time body data can be fed back via 5G relieving the burden for medical staff of collecting records on site.

Robots on the Frontline

Besides ensuring cutting-edge communication systems for hospitals as they fight the epidemic, technology enterprises can also lessen the workload of medical staff. At this stage in development, medical robots have largely realized functions such as unmanned guidance, auto response to fever inquiry, patient guidance as well as preliminary diagnosis and treatment. In addition, distribution robots, walking predetermined routes, make deliveries of lab test reports and drugs. 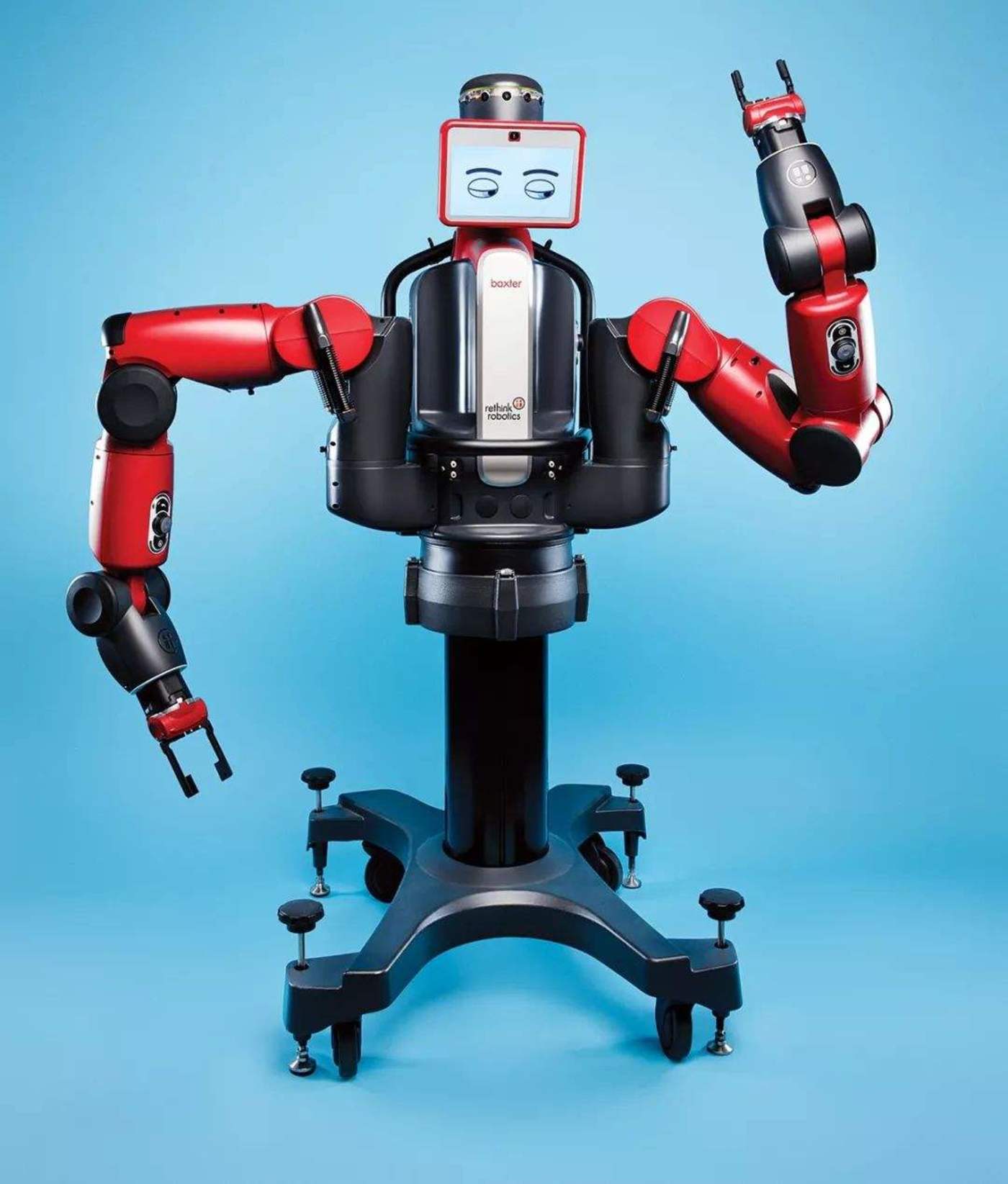 Robots with refined operations, when modified and set, can even replace medical staff in the removal of protective suits of medical colleagues, thus reducing the risk of infection by direct contact. A robot model called Baxter, manufactured by Rethink Robotics, achieves this very function; not only that, it is also able to assist medical personnel to detect if a protective suit is damaged or if it is worn correctly, so as to better protect lives. 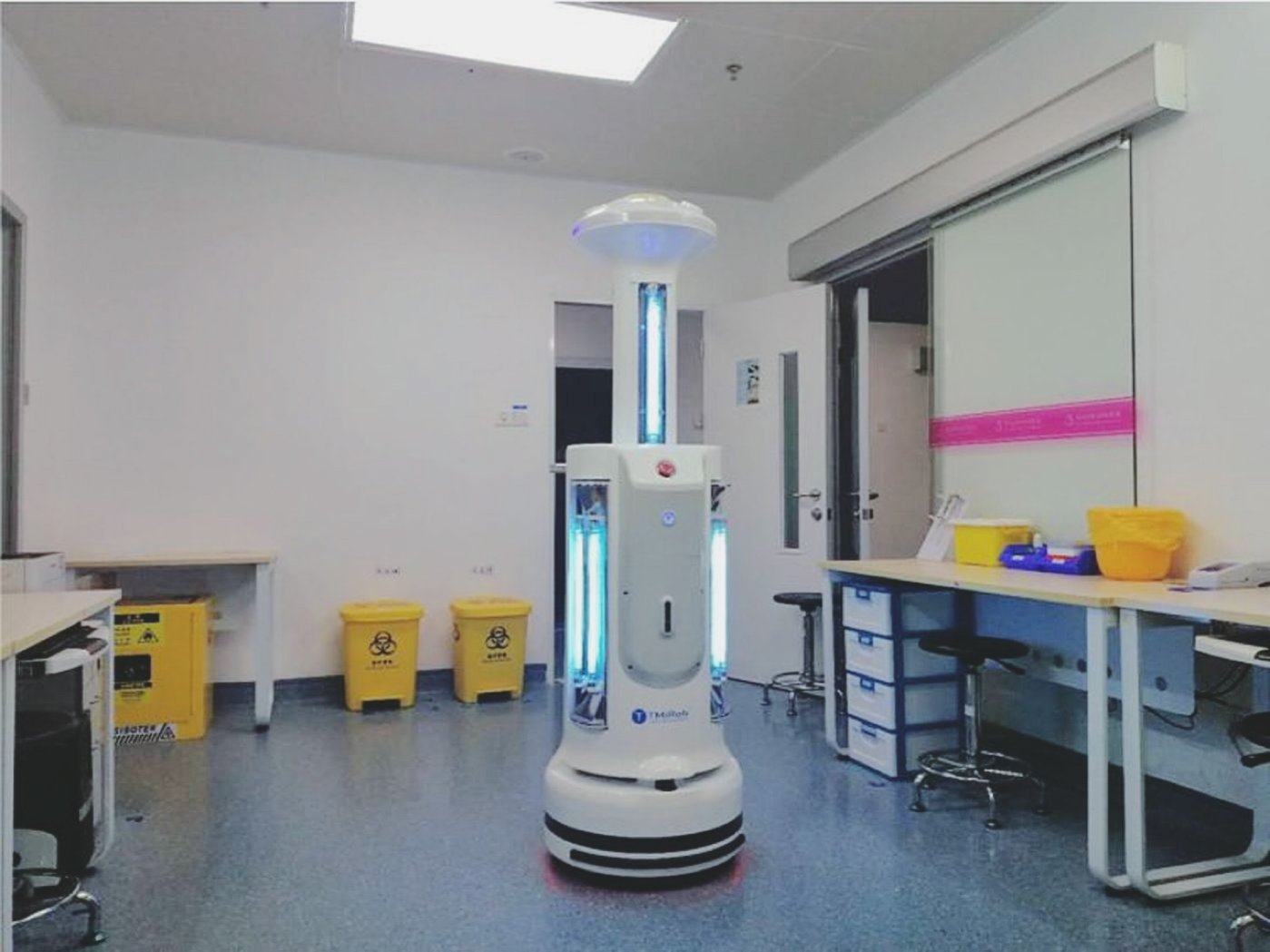 The robot integrates disinfection methods including ultra-dry atomized hydrogen peroxide, ultraviolet disinfection and plasma air filtration to achieve a 6-log reduction in microbes found on the surfaces of surrounding objects and in the air. In this way, not only do they lessen the burden on medical staff, they reduce patient exposure thus stemming the possibility of cross infection. More importantly, these robots are information collectors for the doctors.

Technology enterprises can play a big role outside of the hospital wards too, one crucial example being the measuring of human body temperature. In densely populated areas, control of the epidemic is greatly facilitated if body temperatures can be accurately measured in the first instance and people with potential risks initially identified. Thermal imaging cameras are the best solution due to the fact they can measure body temperature without the need for close contact.

Zhejiang Dahua Technology, along with other companies, has successfully developed a thermal imaging temperature measurement system capable of long-distance and large-area detection. From 30℃ to 45℃, the margin of error can be as little as ± 0.3 ℃. Following the outbreak, the company first implemented the thermal imaging temperature measurement system in Shanghai Railway Station, then later at both Shanghai Hongqiao Airport and Shanghai Pudong International Airport.

Why Not Unmanned Delivery?

Those most affected by the epidemic are in fact ordinary people who are staying at home, particularly those more dependent on take-out food and courier supplies. Under the epidemic, many residential communities have begun to strictly control the entrance and exit of personnel; some are shutting their gates entirely. Objectively speaking, it creates an ideal distribution environment for unmanned delivery bots.

Some delivery bots have the ability to deliver goods in a semi-enclosed environment. Employing algorithms and equipped with cameras, they can (except in extreme conditions such as rain, snow or darkness) efficiently make deliveries to a building inside a community that is on relatively flat ground with few people moving about, without the need to set up base stations or QR codes for positioning. In the case of small-size goods or takeout, drones can also be used.

Outside of residential communities, the distribution environment may be more complex, yet there are already technology companies equipped with solutions.

Wuhan is not only the hot zone of the epidemic; it is, in fact, the first city to hand out commercial licenses for trial operations of self-driving cars. The risk of carrying goods is less than that of carrying people, even less on a closed expressway. It is feasible to have goods transported into Wuhan via expressway, then delivered by local freight drivers to the city's distribution centers.

Regrettably, the companies who were granted the licenses in September of last year, including Baidu, Haylion Technologies and DeepBlue Technology, did not seize the opportunity to apply this new technology on the ground in the current situation.

Technical hardware and code might be stone-cold, yet the role they play and the assistance they provide are real and compassionate. The tremendous impacts of science and technology do carry weight in responses to critical public health events.

This article was edited by Dido Pang. The original Chinese version was written by Tang Zhixiao.