摘要： The international open-source community is undergoing a process of gradual differentiation. 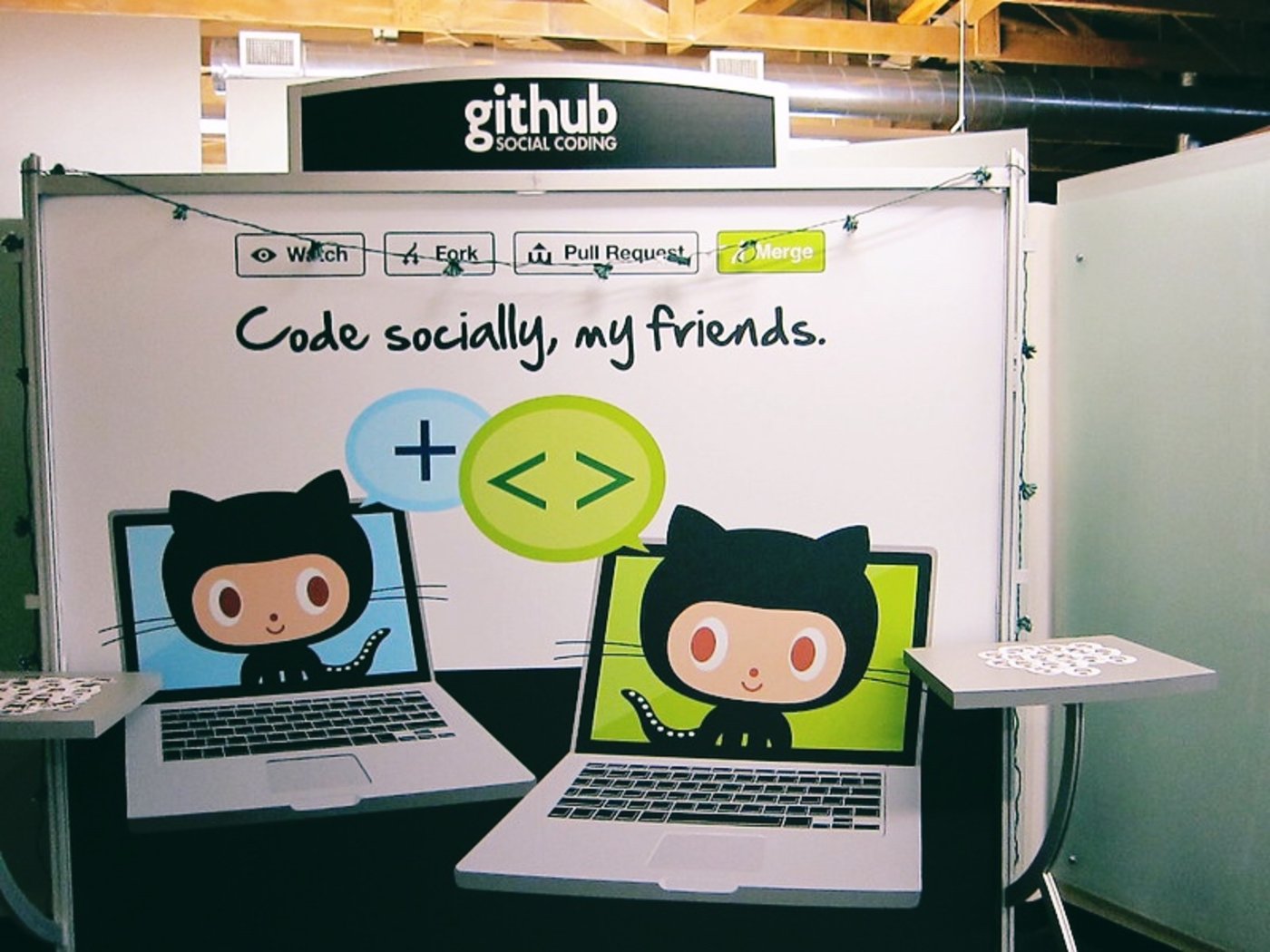 The international open-source community is undergoing a process of gradual differentiation.

The digital kingdom in which the open-source culture emerged maintained a state of homogeneity. This homogeneity was ideological. For example, there existed in the borderless digital world many countries, businesses and nameless individuals who made significant contributions. The homogeneity was administrative, too, as a homogeneous community of so-called computer geeks participated in its joint development and governance according to the extent of their contribution to the community.

It is common knowledge that the heavy tariffs slapped on Chinese goods by the Trump Administration are building fences between nations, with engineers and businesses from Russia, China and Iran also being banished from many of the world's business, research and tech communities.

At the same time, in order to counteract changes that are turning more and more complex, some open-source communities have taken a different path, for instance, the recently widely circulated news that famous open-source platform GitHub was planning to set up a subsidiary in China.

This month, Erica Brescia, COO of GitHub, in an interview with the British Financial Times, stated that GitHub is adopting a staged plan. First, it will consider establishing a fully owned foreign subsidiary in China. Later, the company may explore the possibility of commencing a joint venture in China that will host GitHub content. Besides, Erica said signs that China's government would be highly supportive of the company's expansion plans in the country were "very encouraging".

Many suspect GitHub's move into the Chinese market is intended to circumvent the U.S. government's ban. What goals might be achieved by GitHub's decision to enter China, and what challenges will it be facing? Ultimately, we must return to the core question: what problems is the Chinese open-source community facing and how to resolve them?

Question No. 1: What is driving GitHub's move to enter the Chinese market?

This question might also be rephrased to inquire as to whether these days it is China that needs GitHub or GitHub that needs China.

Only when this question is answered will we be able to get to the bottom of the impact of the US-China trade war on the international open-source community, namely, whether its impact is to be a short-lived one or a long-term one.

One thing is for sure. Chinese developers and the Chinese market are an indispensable force for both GitHub and its open-source community.

First of all, in terms of contributions, GitHub's 2019 Octoverse report shows that GitHub currently has more than 40 million developer users globally, 80% among whom come from regions other than the U.S.

The speed of forking and cloning open-source projects by Chinese developers on GitHub increased by 48% from October 2018 to October 2019, making China the second most important market after the U.S. At the same time, more and more Chinese businesses are taking on important roles in international open-source projects. For example, Alibaba, Tencent and Baidu all made it onto the list of GitHub's top contributors.

Second, GitHub, as a commercial organization, needs revenue. In 2018, Microsoft acquired the company for the price of US$7.5 billion and has been trying to turn around its operations, which have been at a loss for some time.

One important source of income for GitHub is GitHub Enterprise, a fee-based service catering to businesses.

Recently, GitHub Enterprise adopted the Chinese IT standard known as GB18030, that defines the required language and character support necessary for software in China and is also a prerequisite for offering services in the country, a clear sign of its readiness to operate. How to avoid the policy risks posed by the U.S. government's stance on trade with China is an issue of no less urgency for GitHub than it is for other businesses impacted by current U.S.-China tensions.

Even with the turbulent backdrop from the U.S.-China trade war, GitHub has still not applied restrictions on accounts from China. However, current restrictions placed on users from Iran and Crimea without any warning clearly aroused developers' distrust of the U.S.-registered GitHub.

Question No. 2: What challenges will GitHub likely face in China?

Neither GitHub's investor Microsoft, nor GitHub itself, is able to ignore the Chinese market. In an effort to encourage the relationship, Erica Brescia personally hosted GitHub's first event in China in September, then in December, held meetings with developers in Shenzhen and Beijing.

However, will GitHub's expansion attempt into China really be successful?

If the company were to place its server in a location nearer to Chinese developers, such as Hong Kong or Singapore, it would provide users much better server access and therefore user experience, however political risks would still not be completely avoided and the service may still be cut off at any time.

If, using its Japanese model as a reference, GitHub directly establishes a company under the Chinese legal and regulatory system on mainland China, it will have to answer the following three questions.

1. How to administer the computer code database that is in both the Chinese and U.S. jurisdictions

Will a portion of project codes be made inaccessible in particular regions? Will geolocation permissions be restricted by relevant U.S. or Chinese government policies if or as the trade war escalates?

Evidently, solutions will not be found overnight. Take Facebook as an example. Even though for years it prepared its plan to enter the Chinese market, even building up the PR image of a so-called "son-in-law of China" (given that CEO Zukerberg's wife is Chinese and he learns Mandarin), it still had to overcome all of its obstacles one by one. What is clear now is that GitHub does not have a successful case from which to learn.

2. How to balance the local regulatory system and the legitimacy of open-source projects

As we know, open-source communities advocate the principle of freedom. GitHub's vision in particular is that no matter the languages you speak, or the platforms you come from, you can always come home to GitHub.

GitHub's operations in China will no doubt be undermined by regulations.

3. How to stand out amidst the rising popularity of local open-source software

Furthermore, GitHub has a responsibility to give back to the community from which they make profit. For example, the open-source GPL, a widely used free license that guarantees end users the freedom to run, study, share, and modify software, provides that any commercial application using open-source software interfaces is obligated to make its codes open-source too.

This means domestic businesses will face the conundrum of muddled intellectual rights ownership as soon as they make any independent innovation based on open-source projects.

In recent years, domestic open-source platforms have been gaining momentum with the support of the government. Platforms such as Alibaba Cloud Code, Tencent Cloud Developer Platform, Baidu Efficiency Cloud, Huawei's open-source code hosting platform, as well as code clouds and code markets are gaining popularity. Thanks to the rapid evolution of China's technological ecosystem, these domestic open-source platforms carry many heavyweight projects; they also offer a range of services that include incubation camps as well as software and hardware support, making them more attractive options for domestic consumers.

Once GitHub enters the Chinese market, it will face a big challenge in trying to ensure that its cohort of ideologues become community contributors.

Question No. 3: Where will the Chinese open-source community go from here?

The conflicts of interest between the spirit of open-source and geopolitical realities is a new problem faced by software developers around the globe, so much so that open-source community organizations and communities need to themselves search out answers amidst the confusion.

It is notable that GitHub, the largest open-source development hosting platform, has recognized the problem and is working on it. In the future, it plans to organize more meetups as well as cooperate with higher institutions to use GitHub in their courses.

However, all of these efforts will not change the fact that the IT industry is undergoing a gradual replacement of foreign hardware and software with domestic substitutes. Involved are not only open-source projects that are hosted on GitHub, but also platforms such as GitHub themselves.

The Open-Source Projects Risk Analysis and Countermeasure Recommendations published at the end of May by China RISC-V Consortium suggests that it is in China's long-term interest to embrace a more open attitude and establish open-source hosting platforms that will attract open-source users everywhere in the world.

There is a joke in the industry that, if GitHub one day collapses, China's AI development will regress five years since many of its AI computing frameworks have been developed based on international open-source codes. However, we have also witnessed that the open-source ecosystems of a number of leading players, such as Huawei, Baidu and Alibaba, also provide many popular projects in the field of AI.

Furthermore, in certain systems and databases that serve as the components of open-source's fundamental infrastructure, comprehensive project planning has taken shape.

Besides developing domestic open-source platforms, influential leading technology firms that have made noticeable contributions in the global community should also participate more actively in the work of various foundational open-source systems (e.g. Linux, Eclipse, Mozilla) in order to have the voices of China's businesses heard by international open-source organizations in order to avoid any unfair treatment.

Only if one day in the future most common new applications will be supported both by the Chinese market and Chinese developers will it then be possible for China to exert a greater influence on global open-source culture.

Open-source should take a global course. It should not be unilaterally restricted by any one country, while the entire worldwide open-source community should be working hard to avoid it. How to create an open-source community that is at once both independent and controllable is a big challenge that must be solved by the joint efforts of Chinese developers and businesses.