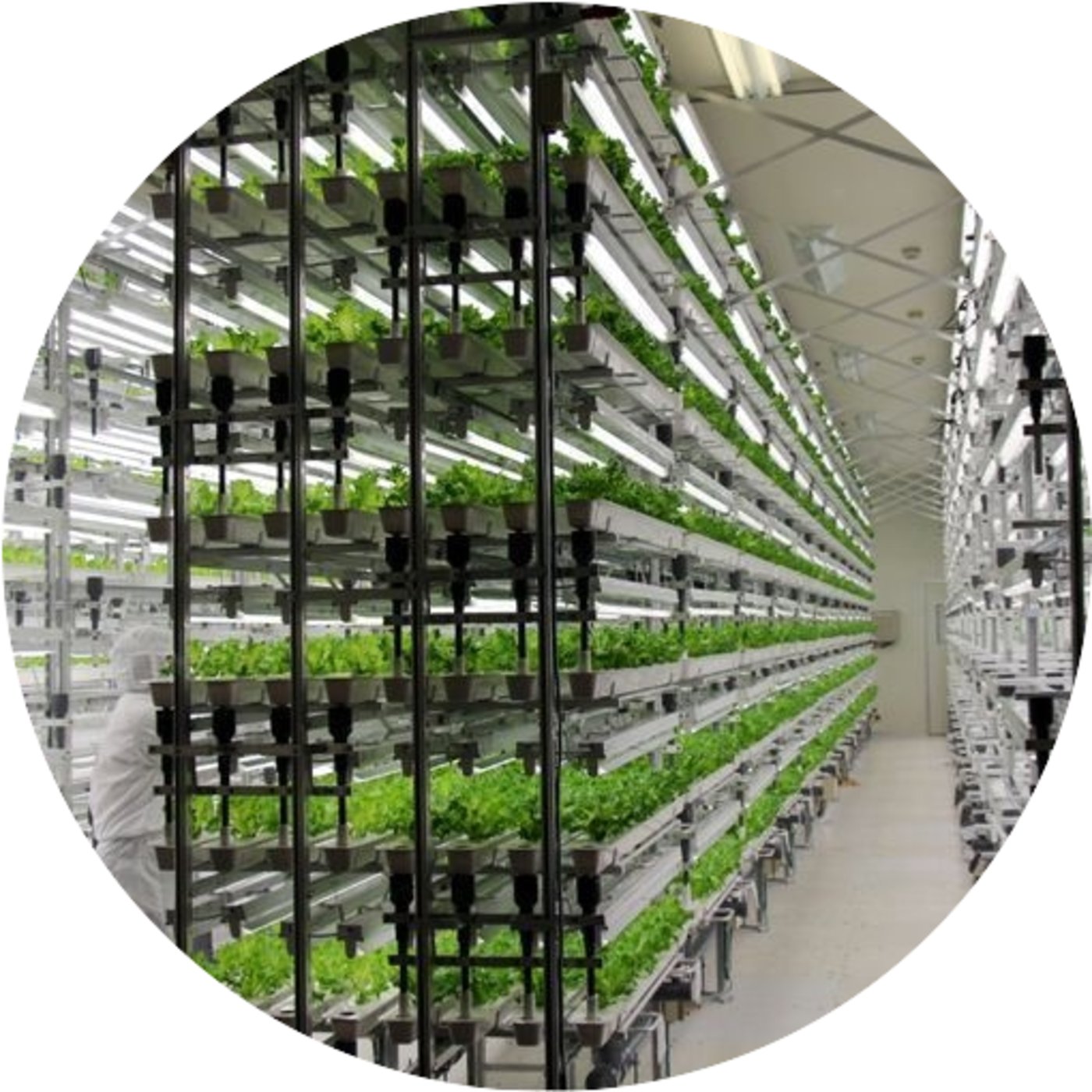 Earlier this year, UK retailer M&S announced its new partnership with Berlin-based vertical farming startup Infarm, to provide fresh microgreens and herbs grown onsite to the customers, which added another proof to the trend of increasing adoption of vertical farming.

In the 2017 report of Global Market Insights, "vertical farming industry (both indoor and outdoor applications) is expected to grow from revenue of US$2.5 billion in 2017 to US$13.9 billion in 2024."

When the concept of vertical farming has been first brought up by Columbia professor Dickson D. Despommier, it is a direct reaction to the ever-growing population. In order to meet the needs of the food supply to an expected 9 billion population by 2050, the food production is facing a tremendous challenge to be much more productive than ever before.

This challenge makes vertical farming a potentially-right solution due to its less demand of farmland, independency of weather conditions, that leads to higher productivity.

Supported by hydroponic, aquaponic or aeroponic technologies, the typical vertical farming is designed with several vertically stacked layers, remarkably optimising the space utilisation, which naturally increase the productivity per square meter compared with traditional field farming. And without the demand of a large area, the vertical farm could be easily placed more closer to the urban area or even in the urban area , to reduce the spoilage during transporting.

Moreover, because vertical farm is normally installed indoor, taking the advantage of controlled-environment agriculture technology, it enables the food production to be fully independent from the weather impacts to grow all year round, especially to avoid the natural disaster like infestation, drought or flood. On the contrast, with the control of the environment, the light, temperature, humidity could be easily set up to the optimal and stable mix to ensure better germination rate and growing process. According to Maximilian Lössl, the founder of Munich-baed vertical farming startup Agrilution, the germination rate of the seed from their seedmats could be as high as 98%, compared to 30%-50% of the seeds we normally buy from supermarket.

However on the other hand, the opposite argument lies in the feasibility of mass adoption from a business perspective, due to its high costs in both setting-up and operation stages. The vertical farming business aiming for large-scale production normally requires a huge initial investment in building up the facilitates and R&D, followed by the constant high cost in electricity consumption in controlling system, depreciation and labor cost as the vertical farming is not yet fully-automated.

What's more, the business viability also limits the varieties of the plants that the vertical farming could provides, as when specific plants need longer time to grow fully, there is a calculation of business margin that needs to take into consideration right away. Looking closer to the current business models in vertical farming, they are either large scale production with low margin commodity products like basil and mint, or small scale with high margin products like saffron and medical cannabis.

A recent study quoted by EIT Food has made a comparison on open-field agriculture, greenhouse and vertical farming. What could be easily interpreted is its sustainability strengths through land and water usage.

For every square meter, the study calculates 3.9kg and 41kg lettuce produced from open field farmland and greenhouse respectively, while the production could get up to 120 kg per square meter from vertical farm. Despite the multiplied productivity resulted from the multilayers design, this also tackles a great challenge of future conventional agriculture, the scarcity of land. Especially with the technologies like hydroponics and aeroponics, growing crops could be fully dependent from soil.

As to the water consumption for the same area mentioned in the above calculation, the former two methods need 250L and 20L respectively, while vertical farm can have this number as low as 1L only. With a recycling mechanism of the system, vertical farming is reported to save 75% to 95% of the water used on conventional farming.

Another sustainability strength is well addressed from aquaponics application, with an integration of aquaculture and hydroponics. The system utilise the nutrition-rich fish waste in the water to replace the additional chemicals like fertilisers and manures that needed for plant cultivation, which makes the circulation itself a sustainable natural ecology. 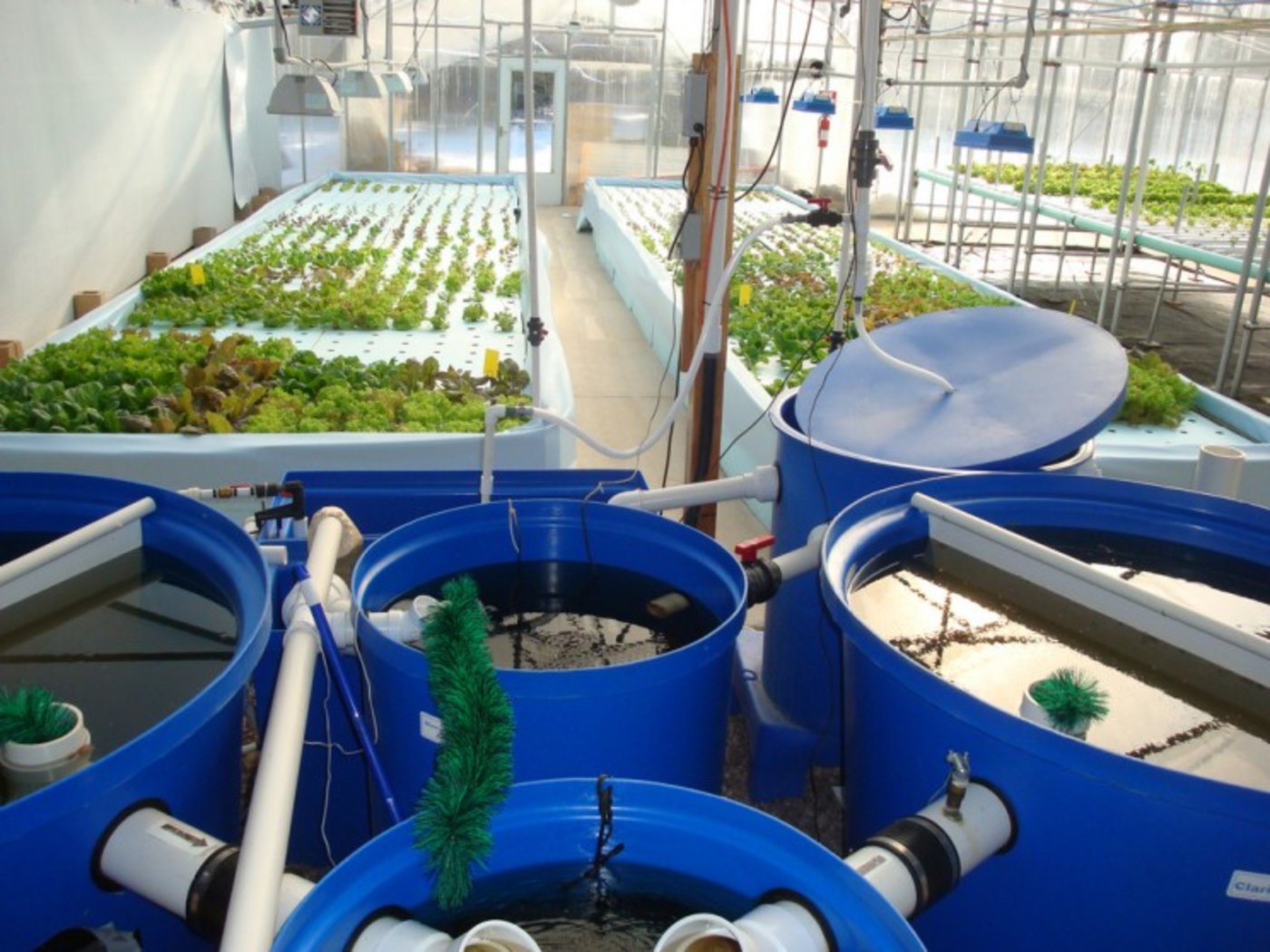 On the contrary, vertical farming is still questionable for the eco-friendly concept due to the high consumption of electricity in lightening, temperature adjustment and humidity control, etc. The current vertical farming technologies have high involvement of LED lighting, which generates possibly more carbon emission most commonly from coal or gas. Besides, the high dependency of technology also leads to potential waste in case of occasional power-off.

Last but not least, another unique selling point of vertical farming that has been widely communicated, is the healthier food it generates.

First of all, with hydroponic or aeroponic, vertical farming removes the risk from variety of disease-causing organisms harboured in soil. In addition, in the indoor environment, there is almost no need for herbicides and pesticides, and the use of fertiliser is greatly reduced as well. Plus the urban location, especially for many home-use product like US-based Cloudponics and Germany-based Agrilution, with minimised food miles, the food that is consumed could be much fresher than ever before.

In the modern society, the concept health is also related to personalisation. Backed by big-data and machine learning technologies, what vertical farming could implement, is the personalised setting of the nutritions that plants contain to better meet the personal needs, be it the vitamin B or iron for the individual body. To that point, what vertical farming brings, is a much scientifically healthier lifestyle.

With the problem that it is solving and it is facing, the development of vertical farming has never stopped evolvement to be the optimal solution for modern agriculture.

Swedish company Plantagon has adopted a patented vertical spiralling transport system to maximise daylight exposure, so that electrical lighting is largely reduced in crop growing. Singapore company Sky Greens has developed a low-carbon hydraulic driven vertical farm, to provide sunlight through rotation of the entire system. Together with other technologies that augmenting natural sunlight with artificial lighting or metal refactors, all this kinds of efforts have certainly provide a direction to create more energy efficiency to power the future vertical farming. And there could be a lot more game-changing implementations. For example, with the constant evolution of automation technology, there could be a chance to fully replace the labor work; with continuous optimisation of the algorithm, the plant growing process could be developed to the highest efficiency; and with the ever-happening irritation of the materials, the cost could be lower to a balanced level to sustain the normal business operation.

We might have to generally agree that the current technologies might not be able to solve the fundamental problem of food supply in the coming future yet, but there is always expectation on the evolvement of the technologies to reach the ultimate goal.

This article was written by @Helen Han and edited by @Dido Pang.