Plant-based meat is riding on the waves of big investment.

For a good part of his boyhood, one question troubled a young Ethan Brown: why do we have to kill animals just to eat meat? Later, he discovered the optimum solution to this dilemma: plant-based meat. It became the initial reason behind his founding of Beyond Meat. 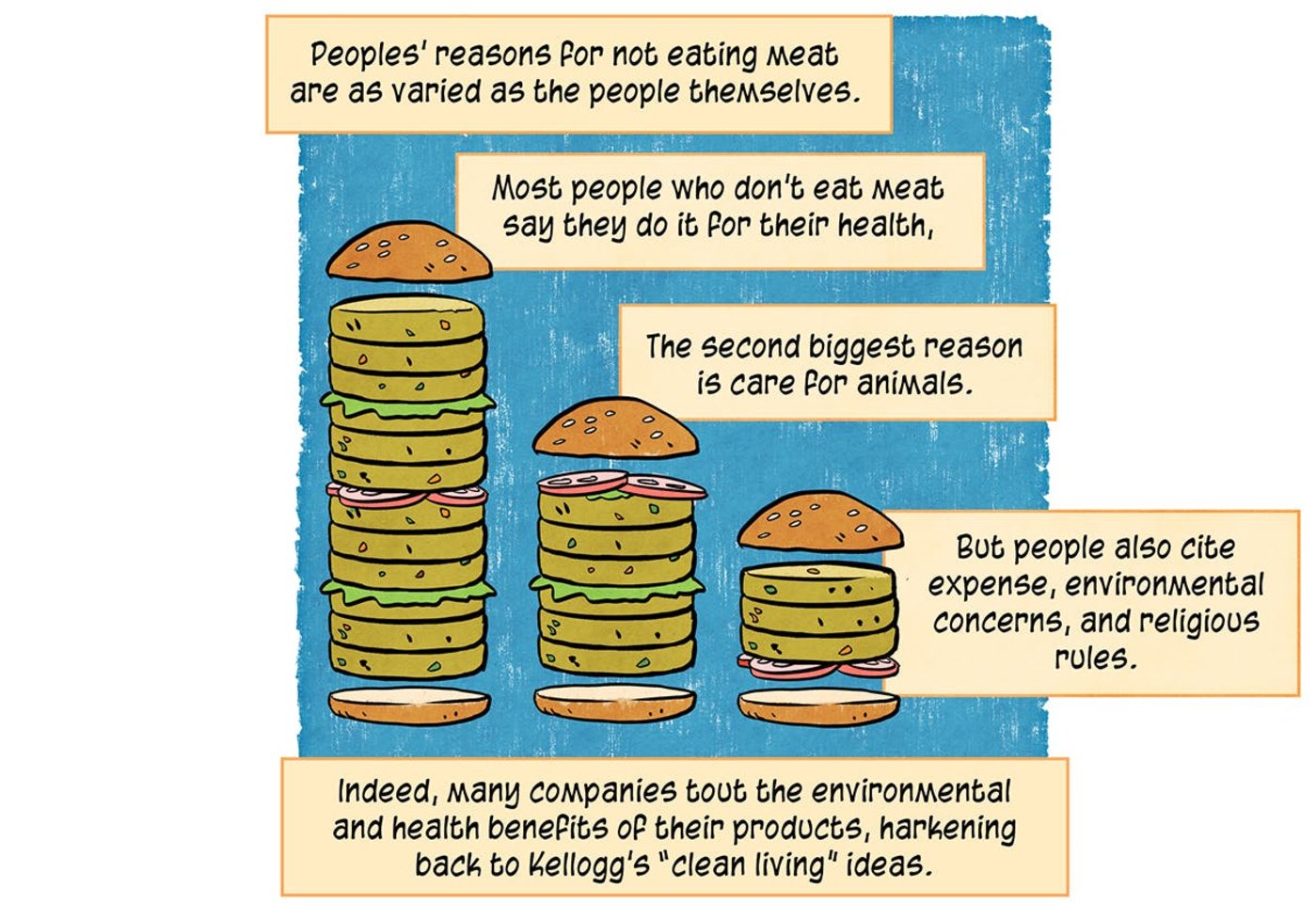 In May 2019, a new term and concept, plant-based meat, began to catch the eyes of the public.

On 2 May, Beyond Meat not only became the first plant-based stock by listing on the NASDAQ; it also became the best performing IPO on its first day of listing since the 2008 financial crisis in the U.S. by surging an incredible 163%.

Plant-based meat is riding on the waves of big investment. At present, the world's two largest plant-based meat companies - Beyond Meat and Impossible foods- have both been on the receiving end of large injections of capital.

Market research firm Markets and Markets predicts that the global meat-substitute market is set to grow from about US$4.6 billion in 2018 to US$6.4 billion in 2033. Plant-based startups are setting their sights on an ocean of opportunity.

Doubts have been raised over claims that plant-based meat represents a groundbreaking innovation set to overturn the traditional meat industry.

In addition, there is significant expenditure anticipated for Beyond Meat. In order to boost both its technological and production capacity, the company plans to increase its employee count, purchase manufacturing facilities, and expand its sales and distribution channels. There will also be further expenses associated with increasing its customer base, as well as supplier and partner networks.

Red-hot stock prices have not blocked a dark tide from emerging.

According to data from financial analyst firm S3Partners, as many as 44% of Beyond Meat's early investors shorted the stock within only a few days of it going public. All signs indicate that the reason behind this was the same single factor that motivates most institutions to short: an outrageously overvalued bubble.

Harrington Alpha Fund, the first institution to publicly admit to short-selling the stock, called Beyond Meat's current valuation "outrageously high", suggesting a more reasonable price would be around US$40.

Citron Research also conceded that it had gone short on Beyond Meat, as it had previously done with Tesla and Valeant Pharmaceuticals, claiming that it was "beyond stupid" that this plant-based meat company should be hyped to its current price. It expects the price to retreat to US$65.

How long can such a high valuation void of value be maintained? And when the bubble finally bursts, to what extent will plant-based meat really be able to challenge the traditional meat market.

The Nasdaq bell signaled a change of tide.

Once the bell rang to signal the start of trading on 2 May on the NASDAQ, all those powerhouse investors who had thrown money at the stock, including Cleveland Avenue, GeneralMills, Kleiner Perkins and Bill Gates, liquidated their shares.

Beyond Meat has thus now become yet another celebrity IPO to be, only temporarily, escorted by an all-star portfolio of investors.

To be fair, the investors' decision is understandable. Cashing in on the stock in a timely manner may well be the best strategy when facing a market in which the invested company remains so far from maturity and faces an uncertain future. For any retail investor not wishing to be scammed, it is preferable to conduct proper research in order to understand the strengths, prospects and specific project implementation of any company before joining into the ranks of its shareholders. 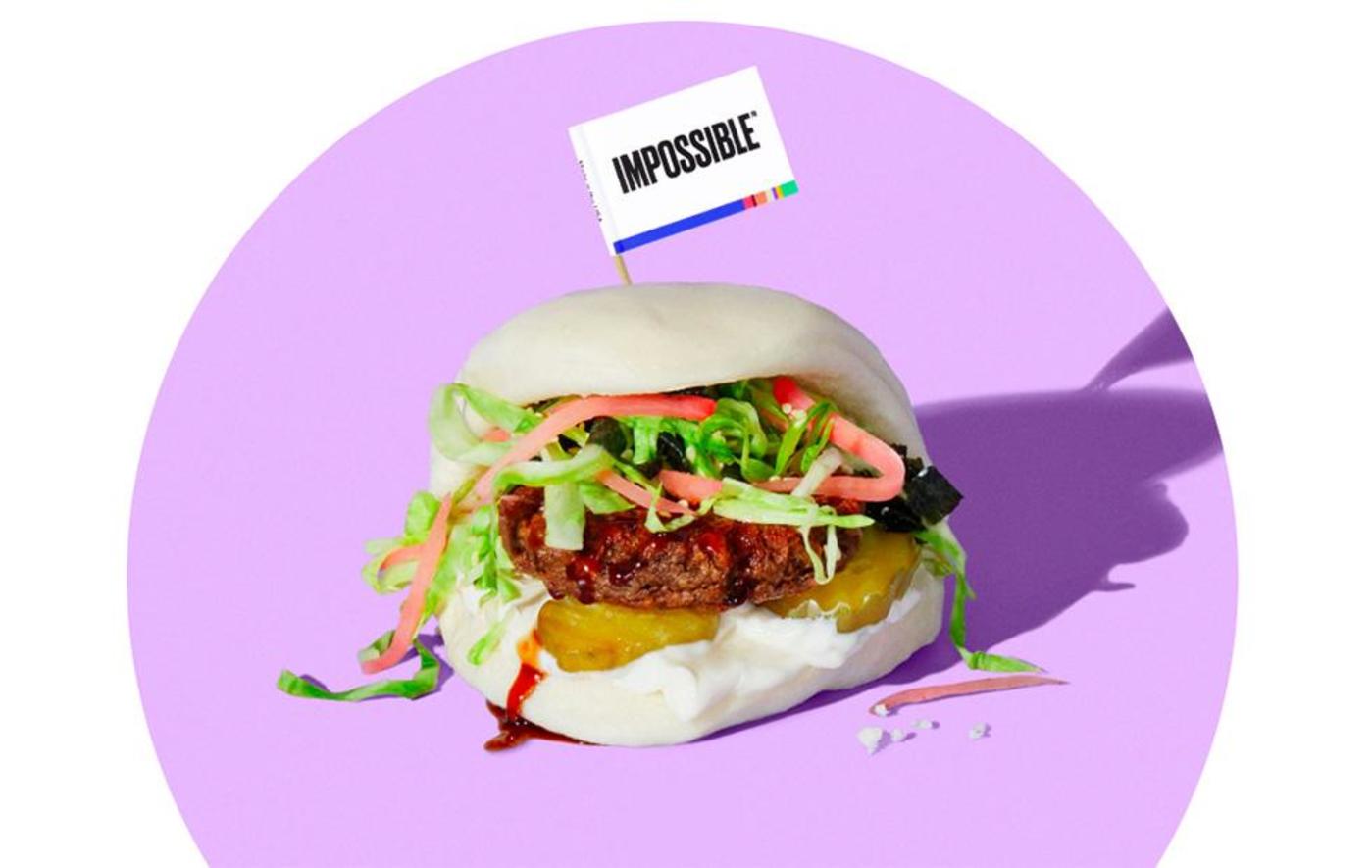 Though Impossible Burgers, the flagship product of Impossible Foods, has already hit the market, the US FDA (Food and Drug Administration) have voiced concerns about the soybean hemoglobin contained in the fast-food product.

Impossible Foods produces soybean hemoglobin in a laboratory environment by using genetically engineered yeast to transform the taste and color of plant-based meats into something that resembles the real thing. Though the company insisted that extensive test data justifies its safety and reliability, the FDA refused to endorse the safety claim on the grounds that foods manufactured in such a manner have never been eaten before by humans.

Though it was confirmed with a GRAS (Generally Recognized as Safe) status by the FDA in July of last year, it remains to be seen whether or not the FDA will impose mandatory measures on these chemically processed food products.

Plant-based meat in China: an industry as yet unformed

For all the blistering development of plant-based meat startups in the U.S. and Israel, China remains a very different situation.

The stock price frenzy on Beyond Meat has led a number of A-share listed companies (mainland companies quoted in RMB and trading on the Shanghai and Shenzhen exchanges) including Hakoco, Weiwei, and Fengle Seeds to issue quick clarifications that they were not producing plant-based meats nor had plans to do so in the future. In other words, there are no plant-based meat A-shares listed in China.

Nevertheless, the reality is that plant-based meat has, in fact, a long history in China's long-established and vast food culture.

In China, soy-based meat alternatives can be traced back to the 10th century when Tao Gu, in his Qingyi Lu (or Encyclopedia of Curiosities), detailed how his contemporaries enjoyed meat-like ingredients made of tofu, or soybean curd. In the current age, plant-based meats are often used as taste-improving additives in meat products such as meatballs and sausages.

In China, plant-based meats represent merely a category of products, rather than that of an industrial chain, something that is perhaps influenced by the dietary and cognitive norms of Chinese. In terms of R&D, product seasoning or nutrition, that which Chinese plant-based meat companies can offer remains quite inferior to those of its U.S. or Israelite counterparts.

After Sir Ka-shing Li, Hong Kong's wealthiest man, made investments in both Impossible Foods and Hampton Creek Foods (now JUST, Inc,a U.S. company focusing on egg replacements), Josh Balk, the vice-president of animal protection policy at The Humane Society of the United States commented that the Chinese version of Bill Gates was throwing his practical support behind these companies. It appears now that plant-based meat and other non-animal protein products will usher in the spring of the Chinese market.

Due to growing demand for meat and higher quality produce, and a population increasingly health-focused and environmentally conscious, it is hard to deny the potential of a plant-based meat industry in China; it is thus likely that more A-share listed companies will enter this field in the future. However, due to prohibiting costs, gaps in technology and the sheer fact that Chinese consumers are not yet ready to adapt to such a shift in eating habits, plant-based meats are unlikely to be produced in any quantity at the present time.

The spring may well come, though unlikely anytime soon.

This article was translated and edited by the TMTPOST team. The Chinese version originally appeared in China Bridge.