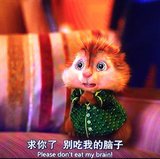 Wearing a specially tailored 'cap' with adhesive patches, which generates local special electric fields after electricity is turned on, will control the growth of tumor cells. If you are a tumor patient, will you trust the above treatment? Wearing a specially tailored 'cap' with adhesive patches, which generates local special electric fields after electricity is turned on, will control the growth of tumor cells. If you are a tumor patient, will you trust the above treatment?

"Tumor Treating Fields" (TTFields for short) is a new cancer treatment therapy recently introduced to Chinese medical professionals. Those unfamiliar with the industry may be tempted to associate it with "electric shock therapy for internet addiction" or Ponzi scheme products such as "fire and magnetic therapy". In reality though, TTFields therapy was pioneered by Israeli biologist and electrophysiologist Prof. Yoram Palti. The professor, who began his research in Israel, has been striving for nearly 20 years to relinquish the doubts and bring his product to patients of tumors.

Last year, Prof. William F. Doyle, Executive Chairman of the Board of Novocure came to China. From his discussions with relevant local medical associations and experts, William was astonished to discover the TTFields therapy had garnered wide attention and people wanted to know where to get the treatment.

GBM is the most common and fatal of all primary malignant tumors.

Though the pathogenesis of GBM still remains unclear, two risk factors are certain: exposure to high doses of ionizing radiation, and high penetrance of genetic mutations associated with rare syndromes. In addition, carcinogens from food containing nitrites, viruses or bacterial infections may also be involved in the development of GBM.

The National Health Commission's GBM Diagnosis and Treatment Practice (2018 edition) states that the annual incidence of GBM in China is 5 to 8 persons per 100,000 and its 5-year mortality rate second only to pancreatic and lung cancers in systemic tumors.

Though the incidence of GBM is low, the fact there is no effective cure as well as the limited effectiveness of surgery excisions, radiotherapy and chemotherapy due to high relapse rates, high treatment-related toxicity, treatment tolerance factors and sustained neurological deterioration, all contribute to a 5-year survival rate among GBM patients of less than 5%.

Currently, there are few GBM treatment options. Temozolomide (TMZ), the chemotherapy drug of choice, is administered together with radiation following surgical excision.

"TTFields is a brand new and innovative treatment, not based on any existing regime. It uses electric fields to fight cancer, as opposed to the chemical properties of existing treatments," William told TMTPOST.

The Optune system consists of two main components: an electric field generator (Figure 1, left) and four transducer arrays (consumables) (Figure 1, right). By sending electric fields to the tumor location at frequencies specific to the tumor cell (200 kHz for GBM), cell division (mitosis) is disrupted, killing cancer cells without the harming of healthy ones.

According to the same, above-mentioned doctor in Hong Kong, for patients recently diagnosed with GBM, TTFields treatment is a good follow-up treatment option that can be used simultaneously with traditional treatments. "In the past 10 years, the survival periods of patients, at about 15 to 16 months, have seen little improvement. However, with the addition of the TTFields treatment, median overall survival periods have shot up to 21 months."

In 2015, the technology was included in the Chinese Central Neural System GBM Diagnostic and Treatment Guideline. In December 2018, TTFields treatment was further recommended by the National Health Commission's GBM Diagnosis and Treatment Practice (2018) for the treatment of new and recurrent GBM.

William informed TMTPOST that TTFields treatment can be performed simultaneously alongside chemotherapy. Compared with traditional radiotherapy and chemotherapy, TTFields treatment has less side-effects and is suitable for a greater proportion of patients. William also said Optune is making ongoing efforts to improve the comfort and design of the transducer arrays, a task that has been going on now for 10 years.

Optune currently has more than 140 patents worldwide; they include basic mechanisms, system designs, electric designs, treatment combinations, electric signals and specific parameters. Optune applies for a new patent each time a new improvement is made.

Having invested more than USD 600m in continuous R&D, Novocure has not yet achieved profitability.

How will the product be marketed in China?

Talking on the reasons behind Optune's introduction to China, Prof. Du Ying, Medical Chairman of the Board and CEO of Zai Lab, told TMTPOST that "GBM is considered one of the most difficult tumors to treat in neurosurgical treatments, and no new treatment has emerged in more than a decade. GBM patients suffer high mortality rates and its 5-year survival rate is only one-third of that of lung cancer. TTFields offers an innovative treatment plan which has been proven to change the clinical treatment of GBM."

At the time of the cooperation agreement last September, media reports indicated Novocure would receive a USD 15m prepayment from Zai Lab in addition to milestone payments related to development, registration and sales. Novocure would also be entitled to differential dividends from annual net sales of the licensed product in Greater China.

For Zai Lab, the launch of Optune is an attempt at something new. Less than five years since its founding, the biomedical firm already has seven product pipelines, focused mainly in the fields of tumor, auto-immunity and anti-inflammation. 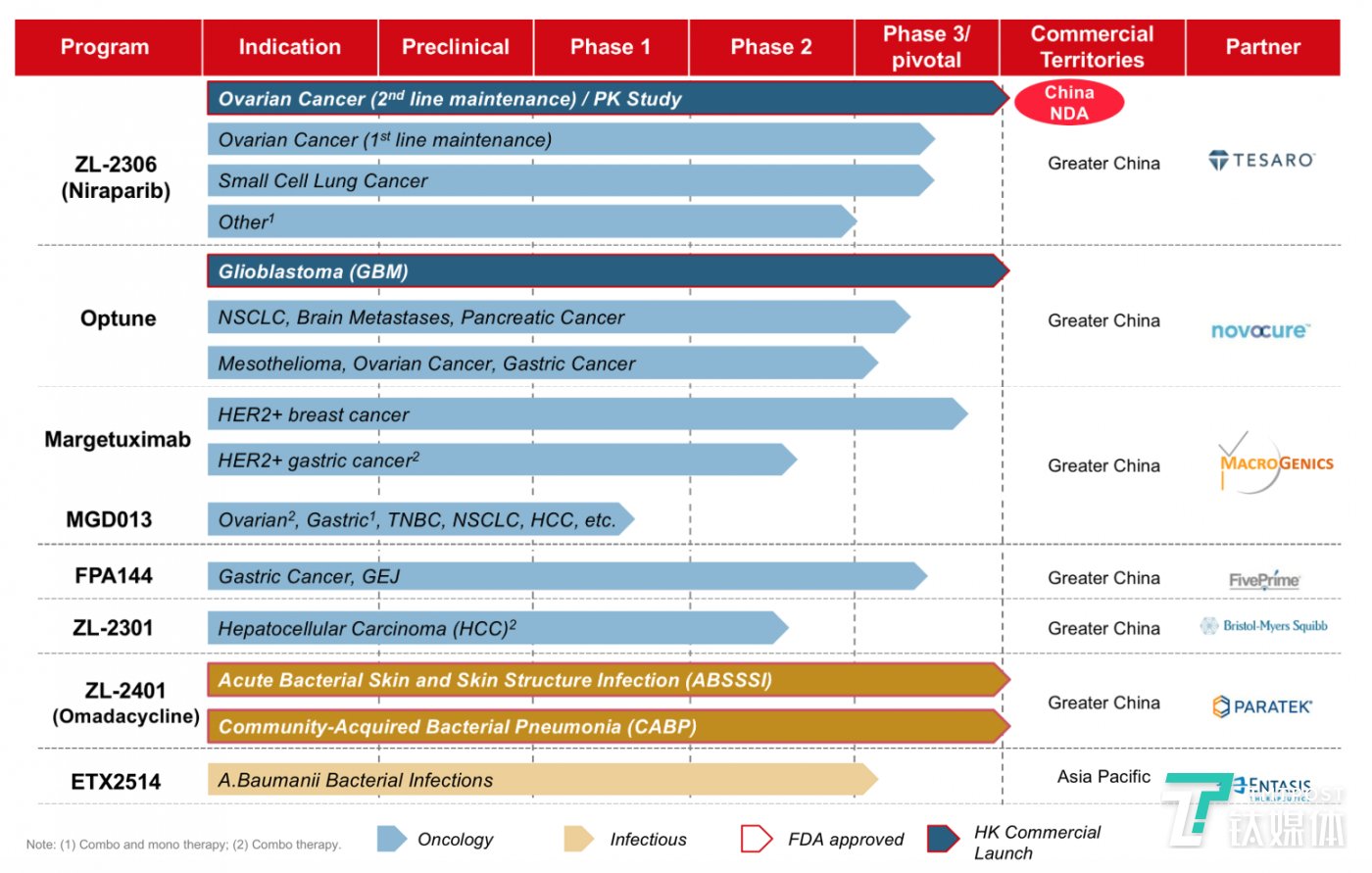 Though Optune has officially entered the Hong Kong market, its price is still under negotiation. Unlike ordinary medicines or therapies, Optune is a medical device requiring consumables. The price also needs to take into account factors such as follow-up treatments, doctor training, equipment maintenance, patching procedures and an online hotline service (24/7).

Zai Lab's current strategy is to start by cooperating with private medical institutions. Due to a special characteristic of the healthcare market in Hong Kong, in which medical centers are able to set their own prices, the prices of Optune will vary among patients.

Besides, Optune's medical insurance coverage will also vary between markets. William told TMTPOST that, "Currently, in the U.S., Optune is covered only by commercial medical insurance but not by Medicare. In Japan, Austria and Sweden, governments will fully reimburse patients. Governments of Germany, Israel and Switzerland are also promoting the same policy."

Meanwhile, Optune is preparing its application for market authorization on the Chinese mainland. Dr Du Ying says Optune has accumulated Asian patient data from global Phase III trials and was previously granted exemption from clinical trial in Japan; Optune hopes it will be granted the same exemption in its mainland application.

In addition to gliomas, it is understood that Phase III clinical trials are being carried out globally on non-small cell lung cancers, brain metastases and pancreatic cancers. Novocure and Zai Lab will also consider working together to develop treatments for other types of tumors, for instance with Zai Lab's plan to conduct clinical trials on treatments for stomach cancers in China.

This article was edited by @Dido Pang . The original Chinese version was written by @Fu Mengwen. 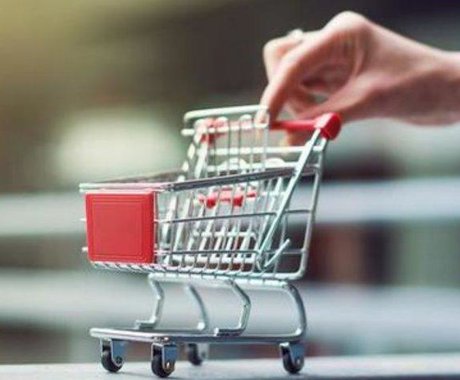 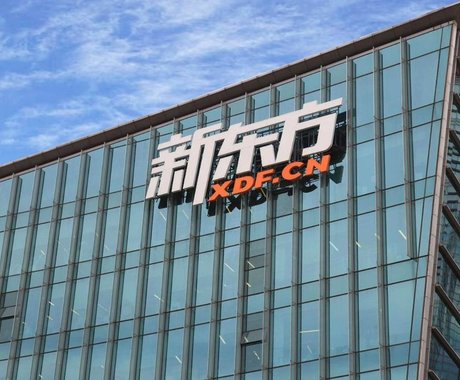 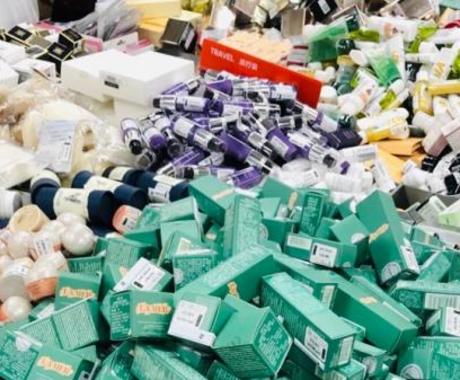 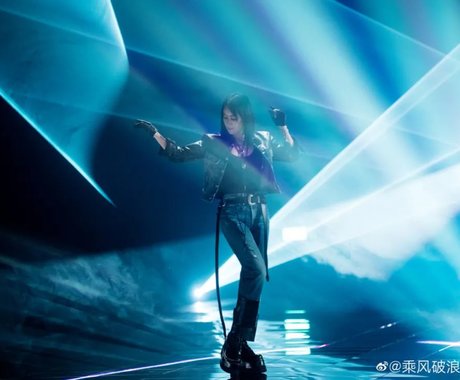