In the past year, Hongqi has made waves and broken new ground in the automobile world. It debuted at the CES 2019 with the 'Qijing' smart cabin, showcasing its technology, concept and vision for future mobility, as well as its understanding of smart cities.

It is widely remarked that the CES, one of the world's biggest exhibitions dedicated to new technology, is constantly taking us back to the future.

Thanks to technological advancements over previous years, artificial intelligence has now found new applications in mobility having gained popularity in traditional homes, company offices, and entertainment.

The automobile, as society's main mode of transportation, is evolving in new directions, with various emerging technologies being fitted into cars. In addition to autonomous driving, car networking and new-energy vehicles, we can now add smart cities and smart ecologies to the list of innovation trends for automobile manufacturers participating at the CES. 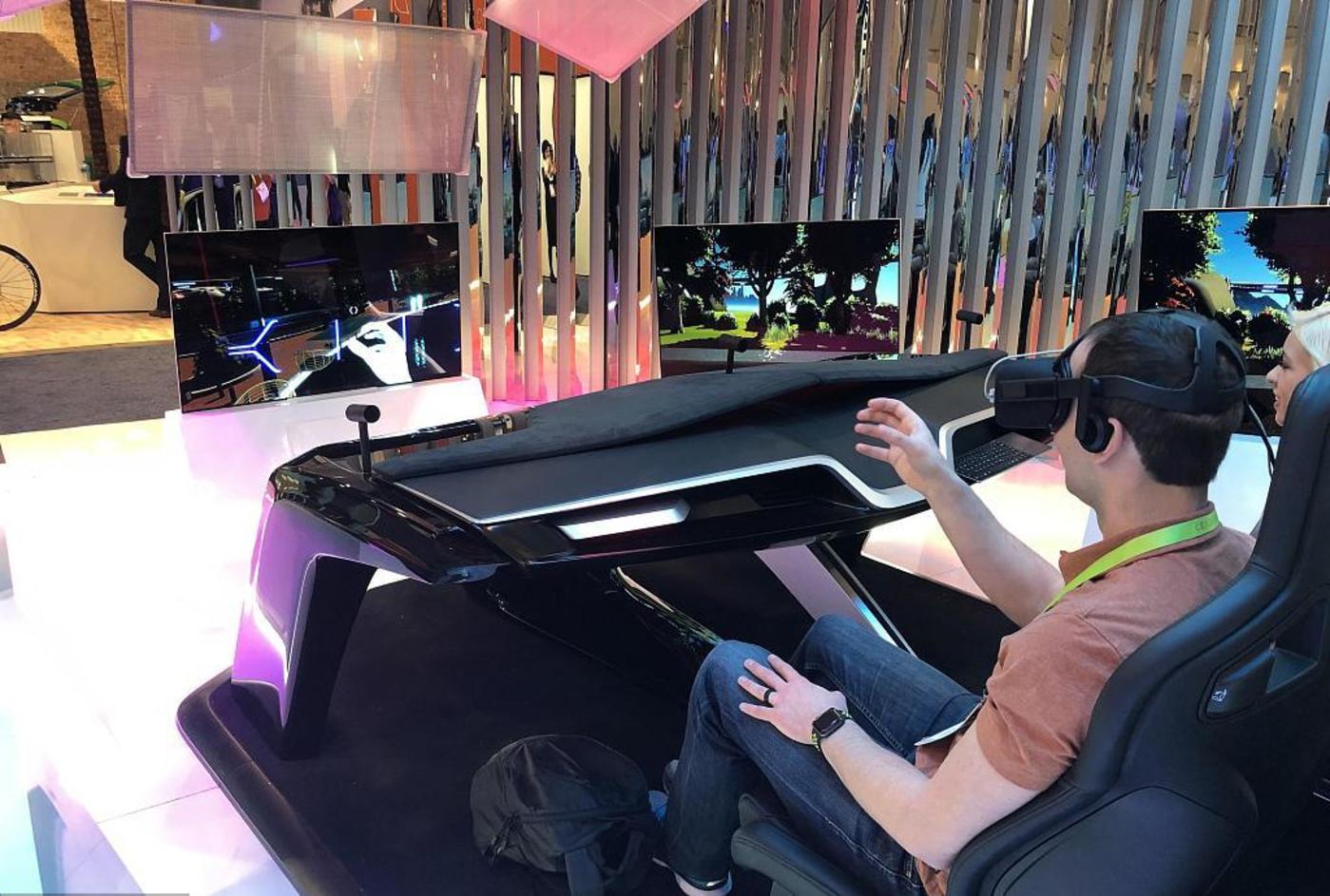 Hongqi is now being heralded as a force for innovation in the industry. In the past year alone, the old-school China brand has made waves and broken new ground in the automobile world. It debuted at the CES with its 'Qijing' smart cabin, showcasing its technology, concept and vision for future mobility, as well as its understanding of smart cities.

The smart cabin is a futuristic innovation with a broad range of inspiring features. It identifies the 'five senses' (sight, smell, hearing, taste and touch) as the starting point and evaluation criteria for the creation of cars. Through Hongqi's future-proofed pioneering tech, high-quality products, pleasant service and well-established ecosystem, it aims to provide a multidimensional travel experience that can be continuously improved upon.

Sitting in the smart cabin, the users are fully exposed to a series of intelligent interactive functions for an innovative and unique travel experience, such as full sensory interaction, dynamic physical recognition and mixed reality. They can also feel changes in the temperature and weather through VR technology, access the vehicle's technical parameters on the screen, and most importantly appreciate how advanced the automatic driving technology is.

The smart cabin has been developed based on the brand's R.Flag plan, built on the concept of 'Four Features' that is set to reshape the brand. The 'Four Features' refer to user experience, electrification, intelligent networking, and sharing. R.Flag is also at the heart of the smart cabin that was on display at the CES.

The Hongqi brand has made comprehensive headway on its 'Four Features' concept.

With a view to enhancing user experience, extensive R&D has been conducted in fields ranging from virtual reality, active voicing, vehicle odors and gesture recognition, to artificial intelligence. At the same time, user experience centers have been opened in many locations across China in an effort to bring the ultimate and innovative experience to its users.

In terms of intelligent networking, Hongqi has enabled the mass production of vehicles featuring such functions as automatic dispatching (mobile-phone remote controlling), automatic parking, automatic following in the event of congestion and adaptive cruise control.

The brand signed a cooperation agreement with internet giant Baidu in November last year to jointly release the mass production plan for L4-class self-driving passenger cars that are due to come off the assembly line by the end of 2020.

It has also been promoting shared travel services in cooperation with the governments of Changchun City, Jilin City, Foshan City and Hainan Province. Next year, it will be rolling out such services in many cities across the country to expand its business scope.

The continuous development and innovation as part of its 'Four Features' vision has brought about a revitalized and prosperous Hongqi brand.

Last January, Chinese state-owned automaker FAW Group Corporation released the new branding strategy for Hongqi in Beijing's Great Hall of the People, the latest move to turn Hongqi into China's No. 1 automobile maker and one of the world's leading car brands.

In line with the new strategy, a number of creative measures and marketing campaigns have been launched in the past year to improve the company's brand image, product design and quality, technology, customer service and innovation plans.

In April, Hongqi participated in the Beijing International Auto Exhibition as an independent entity for the first time, showing its commitment to renew itself.

After the new strategy, the Hongqi H5, China's first luxury B-class vehicle model, hit the market. The cheapest of the H5 family only sold for around 150,000 yuan (around $22,174). The affordable vehicles have greatly satisfied Chinese consumers' demand for 'good life and comfortable travel' in the new era.

In July, Hongqi established an innovation ecosystem alliance (featuring such big names as Intel, Tencent and AliCloud) in an effort to expand cooperation across the fields of automotive, electronics, software, communications and the Internet as a whole.

In August, Hongqi held a ceremony to celebrate its 60th anniversary, alongside the 'Hongqi People Awards', the 'Hongqi Township Launching Ceremony', 'Hongqi L5 Delivery Ceremony', and 'Global Design Challenge Opening Ceremony'. All these activities have shown the brand's new style and characteristics.

In November, Hongqi showcased at the Guangzhou Auto Show its first high-end C-class SUV model, the Hongqi HS7, and the first L4-class self-driving passenger car that can be mass produced, the 'E-Boundary', demonstrating its strength and technical expertise to industry peers.

In December, Hongqi inaugurated its 100th Experience Center. So far, a total of 104 Hongqi Experience Centers have been launched, providing Hongqi a presence in all key cities across the country.

Continuous efforts have been made to provide the highest-quality products possible and the best consumer service.

In addition, Hongqi has changed the way it is viewed by consumers, having improved its brand image and product awareness through cooperation with companies from other industries.

Thanks to continuous investment in brand strategy and a readiness to stretch itself, Hongqi has made its branding efforts and market appeal visible to more and more people.

Previously, Hongqi's brand was synonymous with official cars, the government and senior CPC leaders. Owing to the aforesaid initiatives carried out in the past year, Hongqi has shaken off its old image. A young, energetic brand image is gaining ground.

To the Chinese, Hongqi is not only a luxury car marque with 60 years of glorious history; rather, the brand is a classic that embodies the national spirit of China itself.

2018 marked the first year Hongqi embarked on its path of rejuvenation, bringing to the forefront the Chinese brand's pioneering spirit and persistent pursuit of excellence. Its debut at CES also spoke to its determination to innovate and reinvent itself, and play a leading role in pushing Chinese automobile brands up the value chain.