What Stands in the Way of European Market Expansion for Consumer-tech Startups? 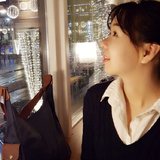 What European market really lacks, is a unified, free and responsive consumer market to sustain the rapid scaling-up of brand-new technology or business model. 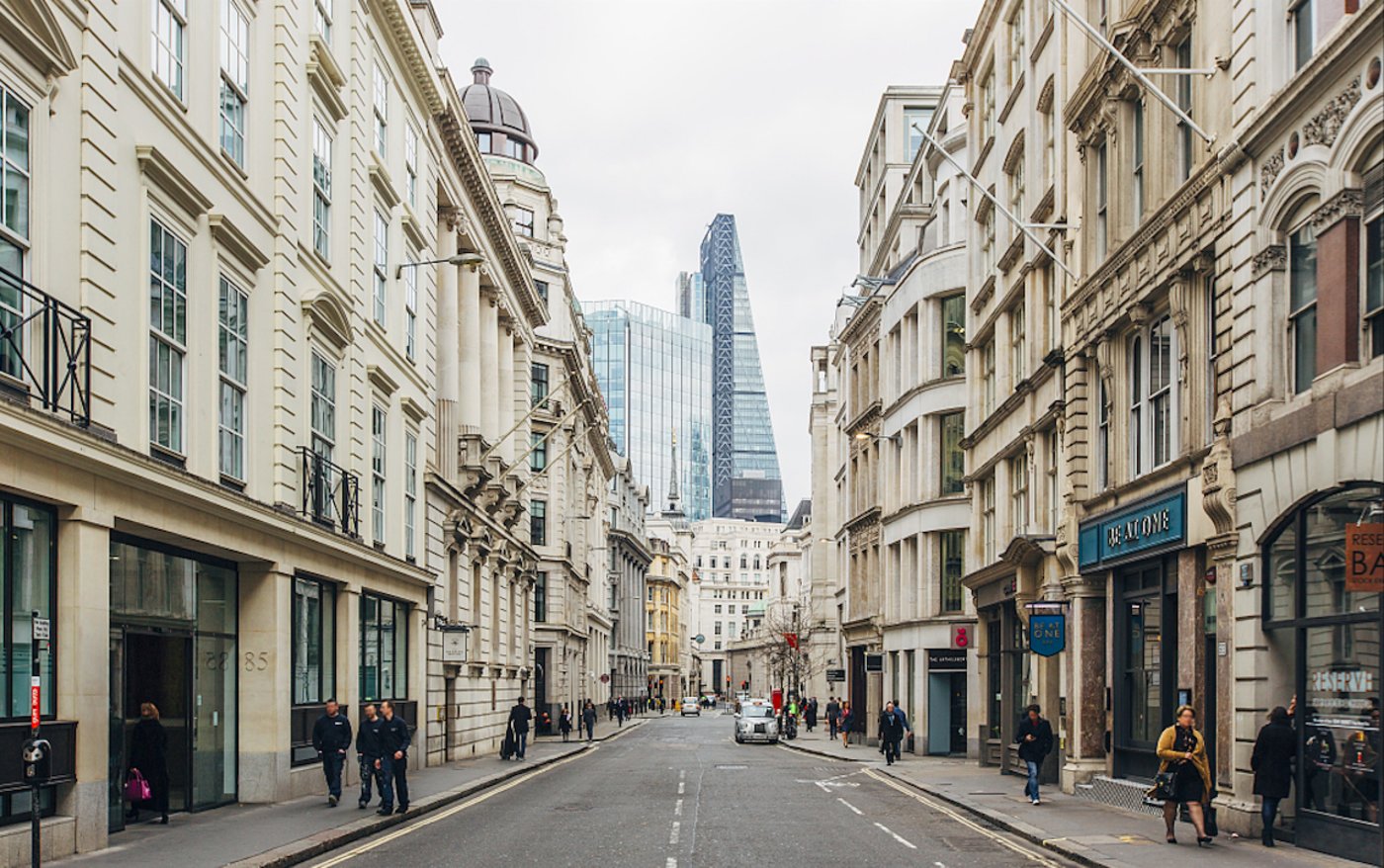 Not long ago, I was asked: “Which globe emerging technology or business model makes sense to be brought into the European market?”

“Rather than any need of advanced tech innovations,which European home-born ones are not lagging behind, ” I answered, “ what the European market really lacks, is a unified, free and responsive consumer market in order to sustain the rapid scaling-up of brand-new technology or business model.”

In this article, therefore, I would like to briefly list some of the obstacles standing on the way of European market expansion for consumer-tech startups.

Comparing the European and Asian market landscapes, the one thing in common is the variety of the countries located and the relatively independent market environments from one another; and also one thing that is different, is the comparatively smaller domestic markets of each country as well as the overall connected market size in Europe.

Many initiatives have been taken to build a more unified single market for Europe, such as the Schengen Area, the Eurozone, the European Economic Area (EEA), the European Free Trade Association (EFTA) and most importantly, the European Single Market which has been a focus of the European Union for the past few years. When we agree that these initiatives have certainly streamlined companies’ market entry activities on an operational level, barriers still exist, in competitive environments, user behaviours and business cultures amongst others, that we can hardly omit when putting everything together into practice. With overall 11 currencies and 24 languages in use, it is easy to conclude that European market expansion requires more specific market strategies respectively and more investment in all kinds of resources, which causes many European-born tech startups fleeing to the US at the very beginning of their business scaling.

The example of Zendesk, a customer service platform founded in Copenhagen, Denmark in 2007, did not return to the European market until 2011. In addition, the content recommendation engine Outbrain, founded in Israel in 2006, also ramped up the European market in just 2011, but not until it established itself fully in the US market.

The same roadmap has also been adopted by other startups. Kaisa Helminen, the CEO of Helsinki medical AI company, Fimmic Oy, stated that as soon as they completed Series-A funding, they will directly turn to the US, mainly due to its single language, making it easier for business negotiation, product localisation, as well as market potential, which is simply larger than any single market in Europe ."

However, it is not completely impossible to conquer the fragmented European market. Some natural segmentations exist geographically and culturally, for example the Nordics (Denmark, Finland, Norway, Sweden), UKIE (UK and Ireland), DACH (Germany, Austria and Switzerland) and CEE (Central and Eastern Europe). Each segment shares similarities and correlations in user behaviours, business environments and even economic policies. Therefore, choosing a beachhead market that is strategically relevant to the industry, will be the key to accessing Europe.

As to the various political and economic alliances in Europe that we mentioned earlier, none of those rules can actually apply to every single European country of the entire Europe. Take the situation in United Kingdom for example. Under the Brexit “no deal” scenario, for the UK's most prosperous fintech, as well as e-commerce linked to international trade regulations will face a series of problems resulting from the UK's departure from the Single Euro Payments Area (SEPA).

At the same time, since the procedure of applying for licences and patents vary from country to country, this will also add to the legal complexity for all tech companies.

Furthermore, the most tricky problem operating in Europe is the strict laws and regulations; the 10+ years’ legal war between EU countries and Google provides the best example. From Germany calling Google to disclose the details of its search algorithms, to the "right to be forgotten" from the Consteja case; from the European Parliament supporting the idea of breaking up Google, to the "Google Tax" legislation leading to the exit of Google News in Spain; from the European Commission fining Google antitrust Penalties, to the recent GDPR… internet companies in general are more struggling than it appears to be in Europe.

I had a very interesting conversation with Brian Wong, founder of mobile advertising platform Kiip:
Me: “Which is the most difficult market to develop for Kiip?”
BW: “Europe! We are an adtech company, and there are too many regulations in Europe.”
Me: “But Google and Facebook are both developing well in Europe, with Google’s market share in Europe even exceeding that of the United States?”
BW: “That’s because they have an entire army of lawyer dealing with European legislation every single day.”

On the other hand, the European legislature has in some instances been supportive from time to time. The best example is the sharing economy which has brought tremendous challenges everywhere in the world to traditional industries and the existing civil regulations.

Berlin’s local government reacted to Airbnb as soon as it entered the German market, by passing a ban prohibiting property owners renting out 50%+ of rooms in their flats on short-term lets in 2014, forcing Airbnb to remove a lot of listings in the capital city. However, in 2018, the lawmakers loosened the law for short-term apartment rentals for those who had obtained a permit from local city officials. The lawmakers moved even faster in Amsterdam, when government added a new type of housing “private rental”, to regulate the right of property owners for short-term rentals. Meanwhile, since February 2015, Airbnb has partnered with the city to impose a tourist tax on property owners to consolidate market norms. In another example, according to Phocuswright, Italy has already become one of Airbnb's largest global markets, with more than 83,000 hosts and 3.6 million guests. Airbnb’s success in Europe is highly attributed to its cooperative attitude with local governments.

Social context
One of the most frustrating things I have ever experienced in the UK, is that the banks are never open over the weekends. When it turns to Germany, even the supermarkets are having a day off on Sunday. And the French can have as many as 150 days off per year. The whole Europe is rather slow to keep up with the pace of commercial life.

At the same time, due to the high level of civilisation in Europe, society has a mature and considered approaches for all walks of life, so emerging technology is not usually picked up as quickly as in China or US. That is not to say that Europe's target consumers have low acceptance of emerging technologies, but market penetration takes a relatively longer time.

Mobile payment is an extreme example of the above in Germany. In fact, even the usage of credit cards are much lower, let alone mobile payment technology. For one reason, Germans have a high awareness of privacy protection, and each consuming record could be considered a leak of potential personal information; for another, this hesitation of adoption also comes from the rigorous and regimented style of Germans. According to Ms. Andrea Peters, Chairman of the German media.net berlinbrandenburg, Germans don’t like losing control of anything, including their personal daily spending, and this is deeply rooted in their minds and takes time to change.

Europe is a market with high internet penetration and GDP per capital, and a highly mature market for technical and economic development. In general, consumers are still open to new tech products, and the entire market also contains great potential. In particular, hardware products, such as Huawei, One Plus and DJI, which have all taken their share in Europe, and consumer internet platforms such as e-commerce and sharing economy are also gradually warming up, like Mobike, which has been quite popular for the past year in Europe.

Europe is a complex market of “diversity” with fragmented market environment linguistically and culturally, strict and complicated regulations, and comparatively slow adoption of the emerging technology by consumers, but there is no other way round for any tech company with the goal of globalisation. At the end of the article, I would like to give a few suggestions for your consideration:

1. Fully understand each market in Europe individually, including user behaviour, competitive environment, business culture etc. Target the most strategically relevant market (or segment) considering your own advantages and opportunities to formulate a realistic market expansion plan;

2. Reach common agreement within the company to rationally allocate resources to support the localisation of products and the development of commercial activities, as well as the coordination of centralised management and local strategies later on;

4. Respect local policies and regulations and communicate in a cooperative manner, especially for “disrupt” technology that challenges the industry and society.

(A special thanks to Monica Mirchandani for legal points consultation and proof-reading.)

The article was written by @Helen Han. Please note source and hyperlink when reproduce.