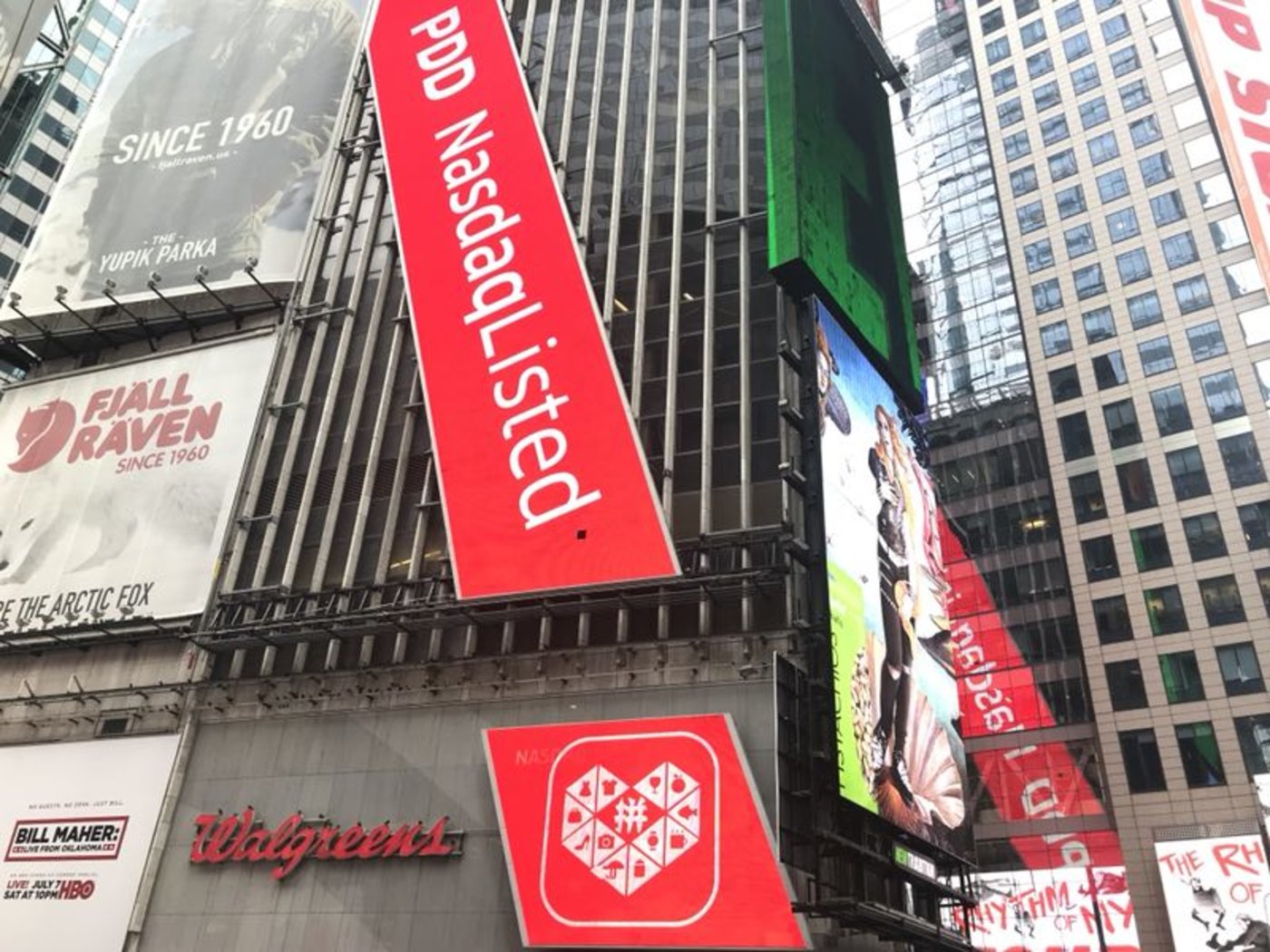 Pinduoduo has created a record of the fastest IPO among Chinese Internet firms. It took the company only 2 years and 11 months to hit Nasdaq since it launched online in September 2015.

It is notable that Pinduoduo's founder, chairman and CEO Huang Zheng didn't strike the gong at the IPO ceremony held simultaneously in New York and Shanghai. Instead, two consumer representatives were selected to strike the gongs in the two cities. This is the first time in Nasdaq's history.

Pinduoduo's prospectus showed it issued a total of 85,600,000 ADS and raised USD 1.87 billion. Tencent and Sequoia Capital plan to increase USD 250 million worth of their shares respectively in the IPO. The IPO sponsors have exercised their over-allotment option to purchase an additional 12.84 million ADS.

Pinduoduo plans to use 40% of the proceeds to strengthen and expand its existing business, 40% for technology R&D and the remaining will be used for daily operation and potential investment projects.

The Pinduoduo flotation was oversubscribed by 20-fold from investors including Fidelity Investments and the sovereign funds of Abu Dhabi. The oversubscription would allow Pinduoduo to raise its IPO price by 20% to USD 22.80 per ADR, but the company decided to price at USD 19 per ADR.

"There are several reasons for the overseas market's favor on Pinduoduo. First, the capital market is relatively mature and rational, and is barely affected by emotional reasons. Second, the investors envisage the considerable capacity Pinduoduo has achieved in a short period of time.

Pinduoduo made a net loss of RMB 525 million (about USD 83.7 million) in 2017, compared with the RMB 292 million in 2016. Driven by the drastic market expansion, Pinduoduo's sales and marketing expenses reached RMB 1.2 billion in Q1 2018, leading to a net loss of RMB 201 million. In other words, by Q1 2018, Pinduoduo had made a total loss of RMB 1.3 billion (including stock options) over the past three years since establishment.

Pinduoduo's sales value was RMB 141.2 billion in 2017, with the number of orders received on mobile platform reaching 4.3 billion and the number of active buyers reaching 245 million. The number of users increased by 50 million quarterly.

By Q1 2018, Pinduoduo had realized accumulated transaction value of RMB 198.7 billion, and owned 295 million active buyers and 1 million active merchants, which is higher than that of Vipshop, ranking third following Taobao.com and JD.com.

The article is edited by @Yi LIU. The Chinese version article is published with authorization from the author @TMTpost. Please note source and hyperlink when reproduce.