MI MIX 2S is the first smartphone made by Chinese smartphone makers which is empowered by Qualcomm's Snapdragon 845 processor. 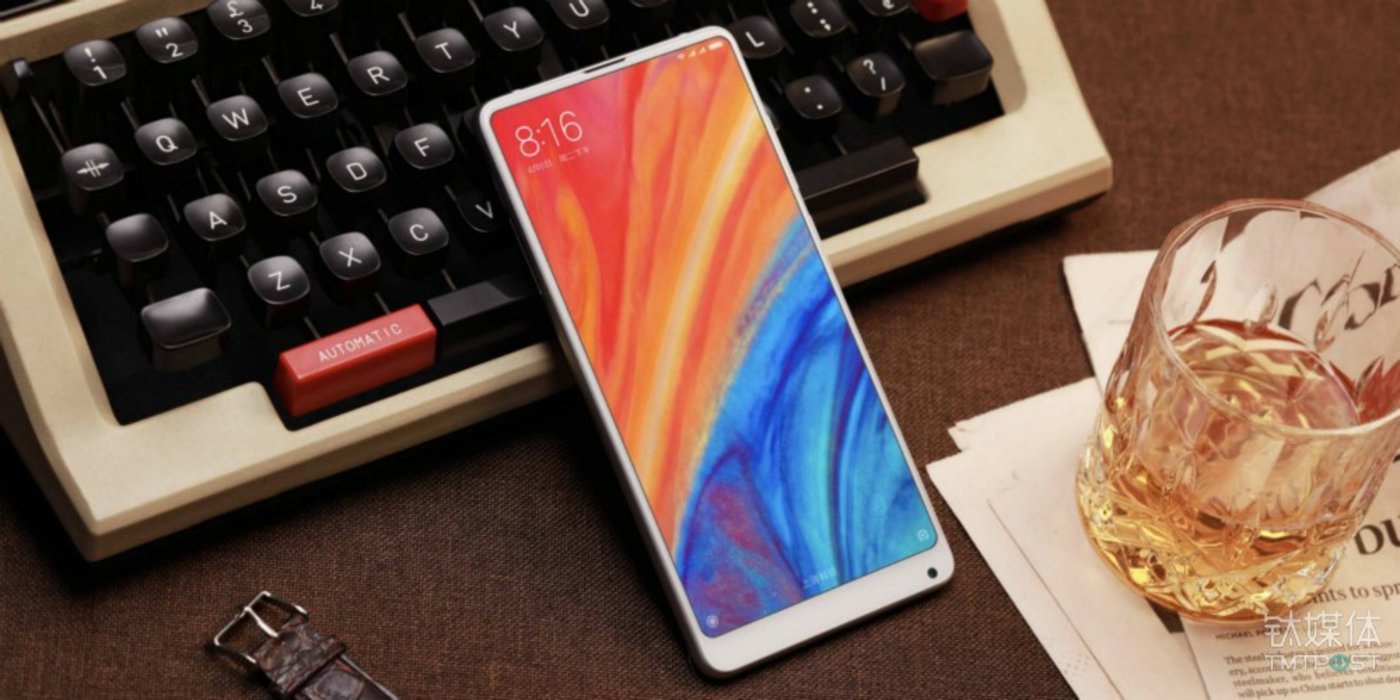 Lei Jun, Founder of Xiaomi, stated at the beginning of the press release that 2017 was a key year for the company. In fact, Xiaomi was under great pressure of performance. However, the situation turned better in Q2. According to Strategy Analytics’ “2017 Q2 Global Smartphone Shipment and Market Share Report”, Xiaomi’s Q2 shipment reached 23.3 million and accounted for 6.4% of the worldwide market, making Xiaomi the fifth biggest smartphone manufacturer in the world.

Compared with the previous version, MI MIX 2S is upgraded for its dual camera system with a narrowed frame design. It is available for both ceramic black and white color. Xiaomi continued the design of the previous version with a 5.99-inch full-screen 18:9 display. It has a 5-megapixel front camera at the bottom and two vertical 12-megapixel back cameras. 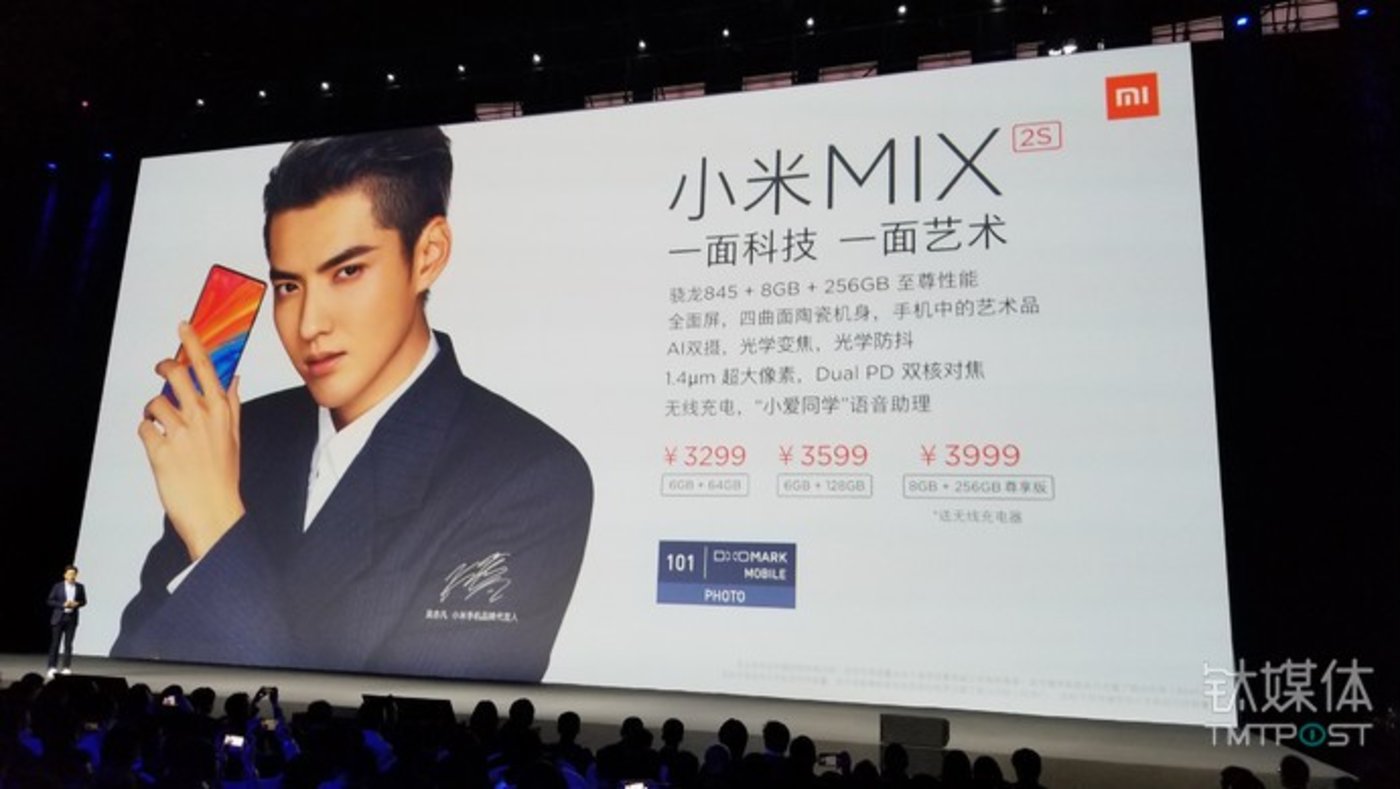 “What we are trying to do is turn complicated and repetitive operations on the screen into just a line,” Lei said.

At the same time, the camera is also empowered by AI. Therefore, the user experience is significantly improved while taking pictures. For example, the camera can recognize the scenario, automatically adjust its filter, and edit the photo. Besides, the functions, such as simultaneous translation, object recognition and currency exchange are also enabled through the camera.

Specifically, MIX 2S’s camera can recognize 206 specific scenarios with 25 types of labels, and automatically adjust filters with post-editing methods. At the same time, the camera is improved specifically for business purpose. For example, when users take a picture of a PPT slide, the camera will recognize the scenario (PPT), leave the unnecessary margins and keep only the contents on the slide. When travelling abroad, users can take a picture of a menu and the camera will immediately translate the menu into their native languages and convert the currency.

Lei pointed out that MIX 2S was graded 101 by global camera quality evaluation organization DxOMark, the highest among all Xiaomi’s smartphones.

MI MIX 2S is the second Xiaomi smartphone product which is fully implemented with AI technology other than Mi Note 5. During the press release, Lei emphasized that Xiaomi will continue to strengthen its R&D on AI, and develop more smart home products. 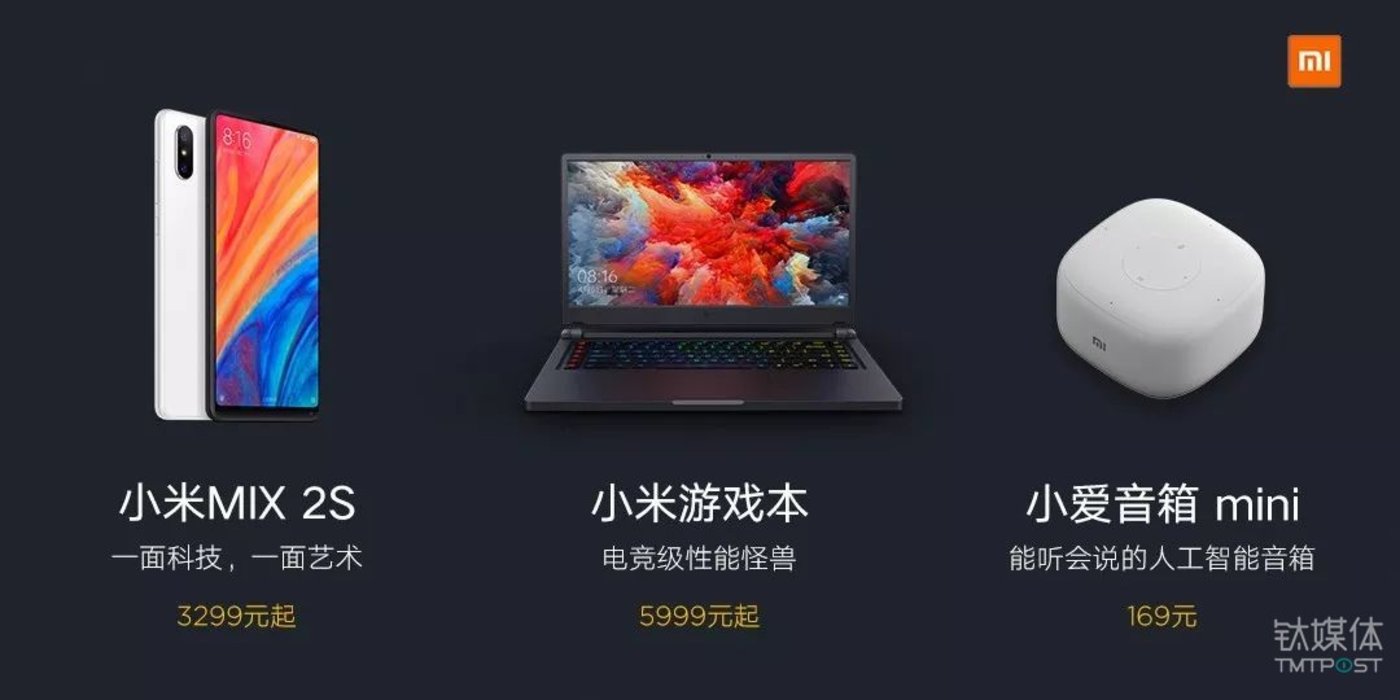 Besides the laptop, Xiaomi also released its mini version of MI AI Speaker which is more suitable for using in bedrooms. The speaker is empowered by Xiaomi’s own AI smart assistant and can help users realize some intelligent controls, like controlling smartphone devices, searching for audio contents and information, adding voice notes, managing alarms and setting reminders, etc.  The previous standard version was priced at RMB 299 (USD 47.6), while the mini version costs only at RMB 169 (USD 26.9).

The article is edited by @Yi LIU (Email: yiliu@tmtpost.com;  Mobile/WeChat: +86 13911703028). The Chinese version article is published with authorization from the author @Cao Tianpeng, please note source and hyperlink when reproduce.