Why Suning’s Unmanned Stores Are Selling Sports Products Instead Of Food? 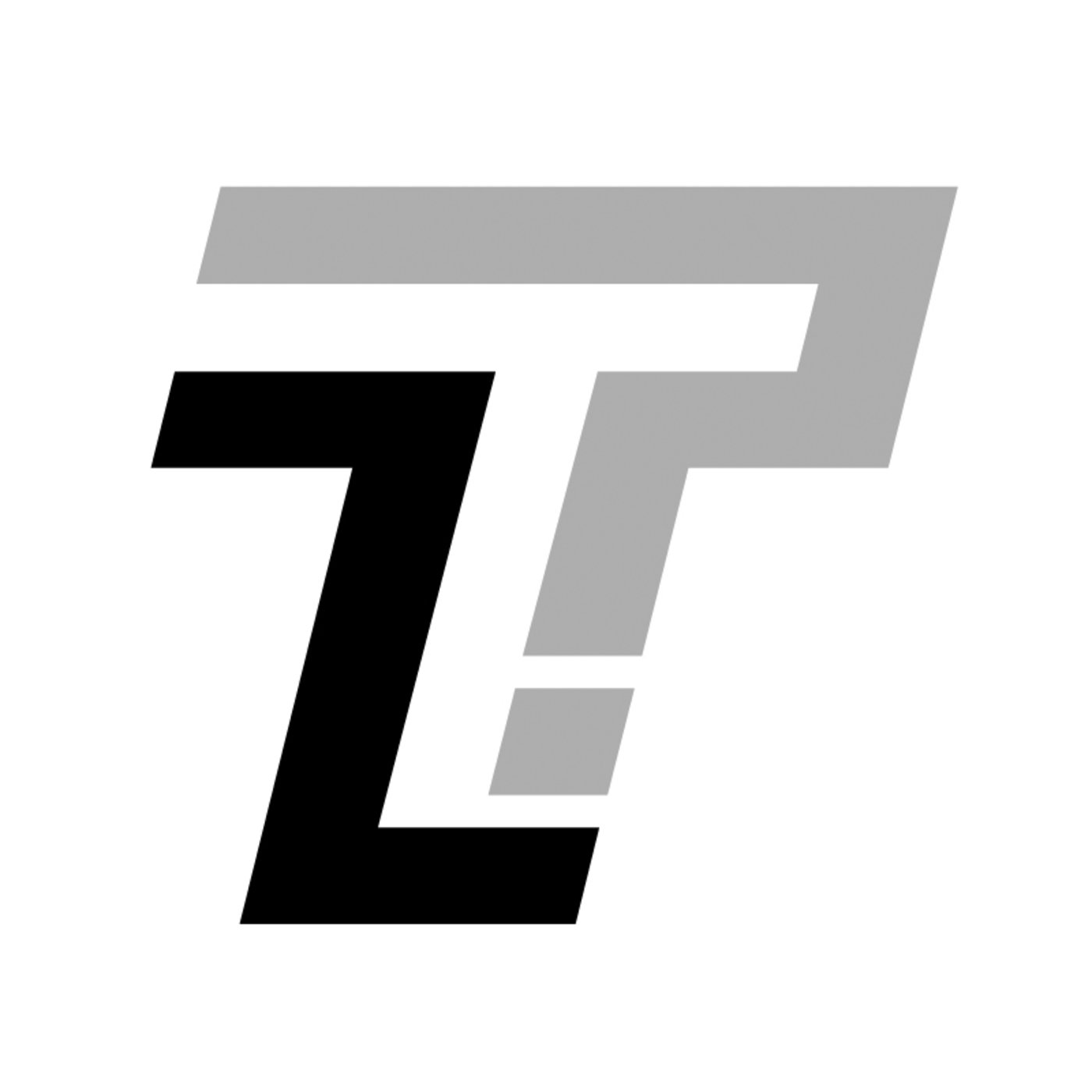 For Suning, the unmanned store business is more like a retailing IP, which can help expand store branches’ influence radius and increase user retention rate. In addition to that, Suning is attempting to do an experiment with its unmanned stores that would help the application of the lab innovations in store modification.

For Suning, the unmanned store business is more like a retailing IP, which can help expand store branches’ influence radius and increase user retention rate. In addition to that, Suning is attempting to do an experiment with its unmanned stores that would help the application of the lab innovations in store modification.

Besides the swarming groups of emergent startups, traditional retailers are also rounding up to head into the unmanned store, or autonomous store, sector. For instance, we already have Juran’s Eat Box and Tianhong’s Well GO out in the market.

On August 28th, Suning’s first unmanned store officially opened to the public. We were lucky to be the very first ones to enter the store and have a glimpse of the autonomous experience. Interestingly, the products being sold in this store are quite different from that of other unmanned stores. Most of the products are in fact sports-related goods instead of typical products you find in other stores, such as food, and other fast goods.

At the entrance of the Xuzhuang Suning Plaza in Nanjing, stands a little store with glass walls, full of sports clothes. This glass house is a showcase of Suning’s multiple businesses, including Suning Youqu and Suning Sports etc., named as Suning Sports Biu. “Biu is a mimetic word that gives people a sense of dynamics, and youth,” Suning unmanned store project’s director Zhang Li explained the origin of the brand name.

Entry and exit via face scan

As for the check-out process, Biu provides a nearly no-stop experience. Customers can just bag the things they want to buy and just walk past the check-out passage. The camera above will automatically identify the leaving customer via face scan and the product sensor on both sides of the passage will identify the products in customers’ bag. The bill will be paid by the linked account on Suning Finance automatically.

However, our journalists at TMTPost also found that during peak hours when there was a large flow of customers, the cameras might not be able to make accurate face identification as they needed to multitask. At present, it seems these unmanned stores that are powered by face recognition technology would need to have the human staff to control the customer flow at the store or limit the customer flow through technological method.

Inside the store, a monitor screen displays recommended a purchase for the consumers based on their past purchase record. Consumers’ purchase record and pattern in the unmanned store will be also gathered as data that will be used for optimization and calibrate the recommendations.

At present, unmanned stores can be categorized into two groups. One is represented by Amazon Go, Tao Café, Take Go, and Eat Box etc, stores that utilize RFID, visual recognition, and deep algorithm. The other one is represented by Bianlifeng, XEDAOJIA etc., which rely on QR code scan to identify merchandise.

Before Biu was opened to the public, Suning’s Technology Research Institute has already done a thorough research on the several forms of unmanned stores in the world market and came up with a more systematic unmanned store categorize system.

Suning has one definition for unmanned store: A store can entirely, or mostly, operate without any human intervention. And based on the level of consumer interaction and operation autonomy level, unmanned stores can be categorized into five groups, from L0 to L4. The higher the level, the more intelligent a store is.

Xiang Jiangxi, executive VP of Suning’s IT HQ and president of Suning Technology Research Institute, believes that Suning’s Biu fits into the second category, which is L2, but still more advanced than ordinary L2 unmanned stores as customers would not need to stop at the check-out passage at all.

“If there are a group of people entering the store simultaneously, or customers are taking too many products out, L2 unmanned stores wouldn’t be able to function well,” Xiang Jiangxu told TMTPost. Speaking from a technical aspect, the most advanced technology we have out in the market only satisfies the criteria of L3, which is equivalent to Amazon Go and Take Go’s highly intelligent model.

Tianhong’s Well GO, for example, is a creation developed together with Yuanwang Group, who provides product management, RFID solutions for the purchase experience, from entering the store, making the payment, to exiting.

TMTPost learned that Biu’s technical support is also provided by a third party. However, Suning had commented that it would reveal the name of the third party yet due to its very own reasons. In addition to that, Xiang Jiangxu stated that Suning is currently doing its own research and development of technologies.

But why sports products?

If we were to say Biu is using mainstream technologies, it’s misfit among the crowd of unmanned stores in terms of the selection of products.

Unlike most unmanned or autonomous stores that sell fast moving consumer goods, Biu chooses to sell sports products, which is quite a rare decision for unmanned stores.

In China, the growth speed of the sports consumer goods sector is hard to come by. The popularity of Decathlon stores in Chinese cities showcases the scale of the sports industry.

However, the problem here is that when consumers are shopping for sports goods, they tend to take their time to compare different choices of goods and try them out, especially when it comes to buying clothes for sports. In this use case, these consumers won’t really just take it and go. This might hinder unmanned stores from unleashing their full potential and utilize their advantages in terms of convenience. On the other hand, the unmanned stores might be crowded with people because of the failure to making it truly a smooth experience.

Facing with such pain points, it’s natural for people to speculate that whether unmanned stores are just showcasing projects that do not really have that much of a practical use.

Xiang Jiangxu said in an interview with TMTPost that Biu chooses sports products to differentiate itself from the rest of the crowd. “Besides, Suning has already had some accumulations in the sports sector,” Xiang said. “Therefore, Suning believes that sports products would be an entry for Biu to enter this market and build a popular and distinctive brand that radiates young energy.”

However, Xiang also revealed that by the fourth quarter this year, Suning is expected to open up three unmanned stores that involve fast moving consumer goods as well as different types of operation.

As a retailer that started from the offline scene, Suning has been integrating offline and online retailing to undergo Internet retailing transformation. During this process, the improvements on offline stores are essential. Offline retailing has always been facing the issue of the decrease of the time span users stay in the store. To increase user retention rate and boost repurchase rate, Suning has been expanding to businesses such as supermarket, catering, baby products, and all types of experience stores etc.

Suning’s entering into the unmanned store sector is obviously another improvement attempt in a diversified retail scene.

The site selection of Suning’s unmanned store is largely based on current offline stores’ layout. These offline stores are mostly situated in the core districts of the cities. Suning’s idea is that these unmanned stores would attract more consumers to its stores, especially young consumers that have been taken away by online platforms. From this perspective, the unmanned store concept is more of a retailing IP for Suning, which is designed to help attract more users and increase user retention rate.

Similar to traditional convenience stores, besides increasing the operation efficiency, unmanned stores have to achieve a store density to make it a profitable business as well. Increasing the scale can help companies drastically improve the efficiency of the supply chain. Retail giants would need an enough number of stores as support to achieve the acquisition of big data and customer flow.

It has been mentioned above that currently many unmanned stores are using technologies provided by the third parties, and therefore the competition threshold among unmanned stores lies not in technologies, but the old focus in retailing, which is about personnel, the goods, and store operation.

A convenience store is a business that’s heavily influenced by the location and region. Cross-region stores and supply chain operation capacity are not something that can be solved with capital. And therefore, the convenience store market in the country is still very fragmented, as the biggest player in the market only accounts for 4% of the market share. Furthermore, some convenience stores that target residential communities also encounter issues of negotiating with the property management companies, which is another obstacle in boosting the scale of their business.

Since a scale is impossible to achieve in a short time, unmanned stores can only work as a supplement to the existing retail business. For Suning, unmanned stores also possess another practical function, which is providing customers with an unmanned retail experience.

Suning wants to test out different types of unmanned stores to find the most suitable unmanned store model and operation area, and then apply the experience to existing store modification. For instance, Suning can modify part of a store into an unmanned service sector. And the retail company can record customers’ shopping pattern and continuously improve the circulation setup.

The article is published with authorization from the author @Xie Kangyu, please note source and hyperlink when reproduce. 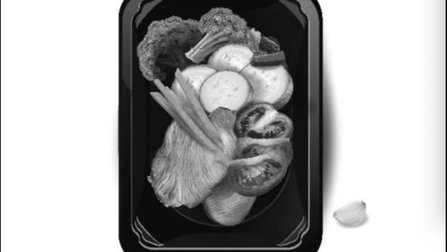 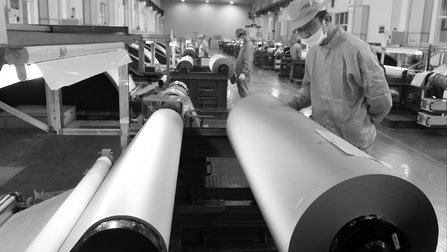 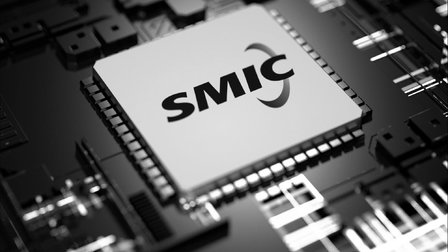 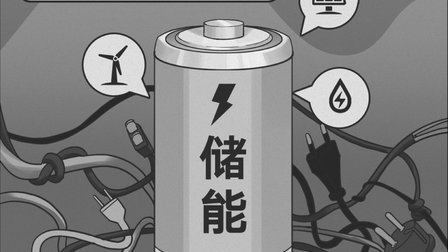 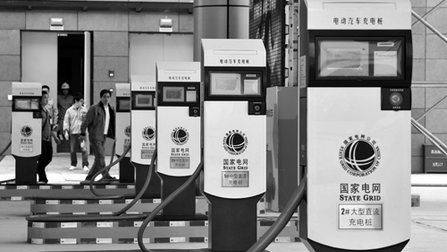