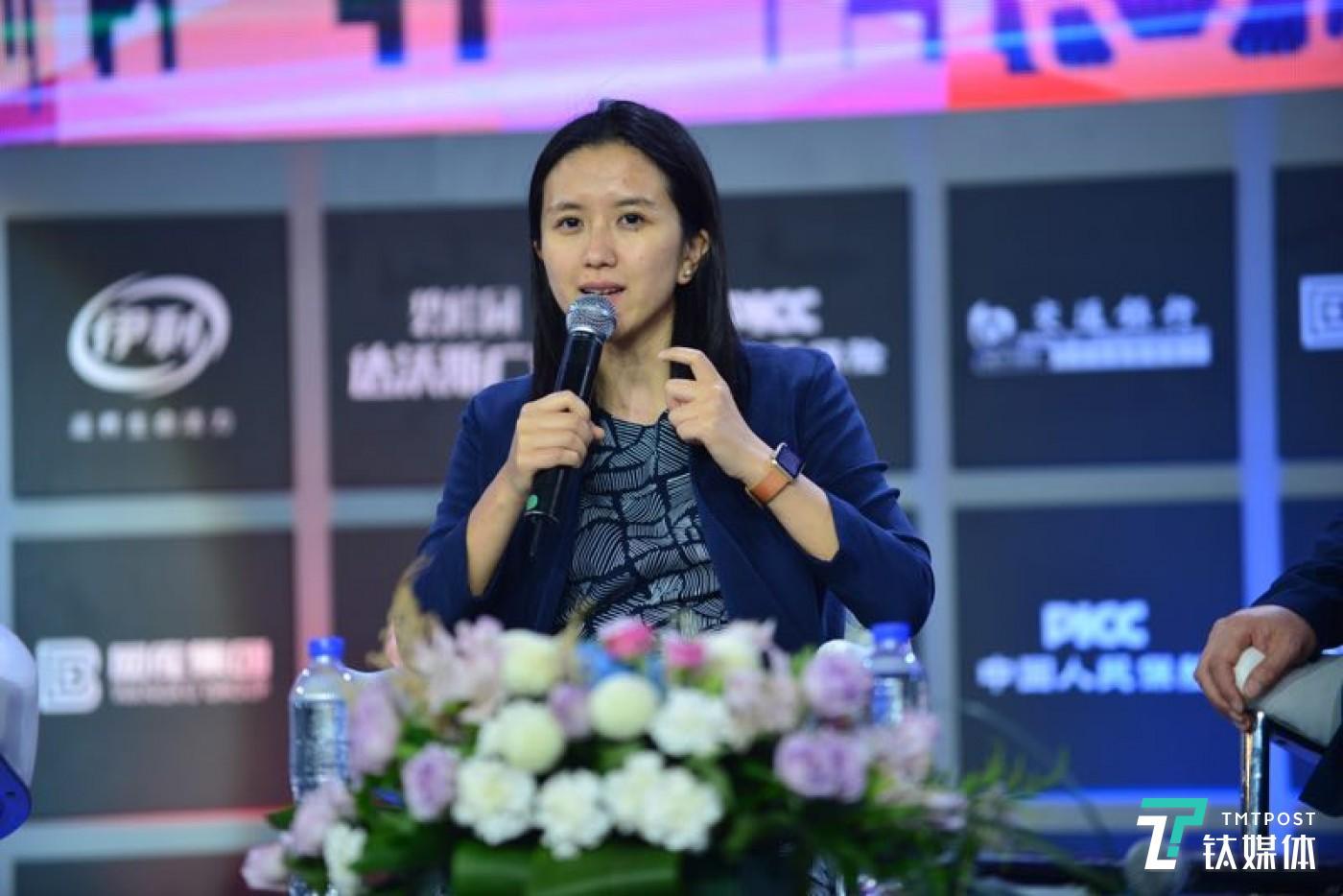 During the three-day 2017 Davos Summer Meeting of World Economic Forum, the concept “sharing economy” appeared several times. While Premier Li Keqiang mentioned “mass entrepreneurship and innovation” in his opening speech, Liu Qing, co-chairman of the forum, also expounded the concept “shared cars” in several sub-forums. Indeed, “sharing economy” has become one of the keywords of this summer meeting.

As two representatives of “sharing economy” in the Chinese online bike-sharing circle, Mobike and ofo drew much attention in this meeting. A day before the forum began, a group photo between Mobike’s co-founder Hu Weiwei and ofo’s founder Dai Wei even led some people mistakenly believe that they were to be merged together soon. Later, Hu Weiwei also confirmed to TMTPost that “ofo won’t merge with Mobike” in a chance encounter.

On the evening of June 27th , Hu Weiwei accepted an interview with TMTPost and three other media and shared her opinions over several issues, including the merger with ofo and other minor bike-sharing platforms, overseas expansion and technological edge, etc. The following is the full transcript of the interview:

A: Hu Weiwei, co-founder of Mobike

On merger & acquisition: it makes no sense to merge with companies with low efficiency

Q: Does Mobike have any plan to merge other bike-sharing platforms?

A: On the one hand, platforms that adopt mechanic locks have started to go bankrupt. After all, it’s no easy thing to continue operation without adequate technology.

With reliable products, healthy product life cycle and good user experience, originators know clearly how their products should evolve and how to operate in cities. These are also what make originators and followers different.

Mobike is the first online bike-sharing platforms that entered cities and the first platform to think about how to operate in cities. Our conclusion is that we have to know if our bikes are working well with use smart locks. It turns out that we’ve chosen the most difficult path, though the most appropriate one.

On the other hand, it makes no sense to merge smaller platforms with low operation efficiency. Why bother to acquire them?

Q: Is it possible to merge with ofo?

A: We never thought about it. You may think about the previous mergers between leading internet companies, but I think their experience doesn’t apply to us.

Different from other industries, bike-sharing platforms can’t integrate all kinds of demands via one single APP. Instead, our operation involves various heavyweight assets and an entire industry chain. Since our operation mechanism, efficiency and product cycle differ a great deal, we don’t think it possible that we will merge together.

Q: Ofo founder Dai Wei attended a sub-forum and suggested that brands in the consumer goods industry can co-exist. If we consider shared bike a type of consumer goods, do you think the Chinese online bike-sharing market can accommodate so many platforms?

A: (After pondering for a while) I don’t think so .

On overseas expansion: Every country has its own requirements

A: We didn’t enter the overseas markets on impetus or for show. Since foundation, I’ve purchased the domain name “mobike.com” at a high price. In a sense, we are born an international company.

Since most users, whether abroad or at home, can ride bikes, there’s no need to educate users, different from other products. The only difference is that our bikes have to pass relevant tests before entering the overseas market, so it takes us half a year to get prepared.

You may wonder why overseas expansion is important for us. Well, one major advantage of our shared bikes is that they are free of maintenance and won’t just break down on the street. Therefore, many overseas governments welcome our bikes.

Q: What’s the proportion of Mobike’s overseas and Chinese employees?

A: Up till now, we’ve entered over 130 cities around the world, including Singapore, Manchester and Sapporo, etc. However, since we are not running planned economy, we don’t have an exact figure as to the proportion of overseas and Chinese employees. 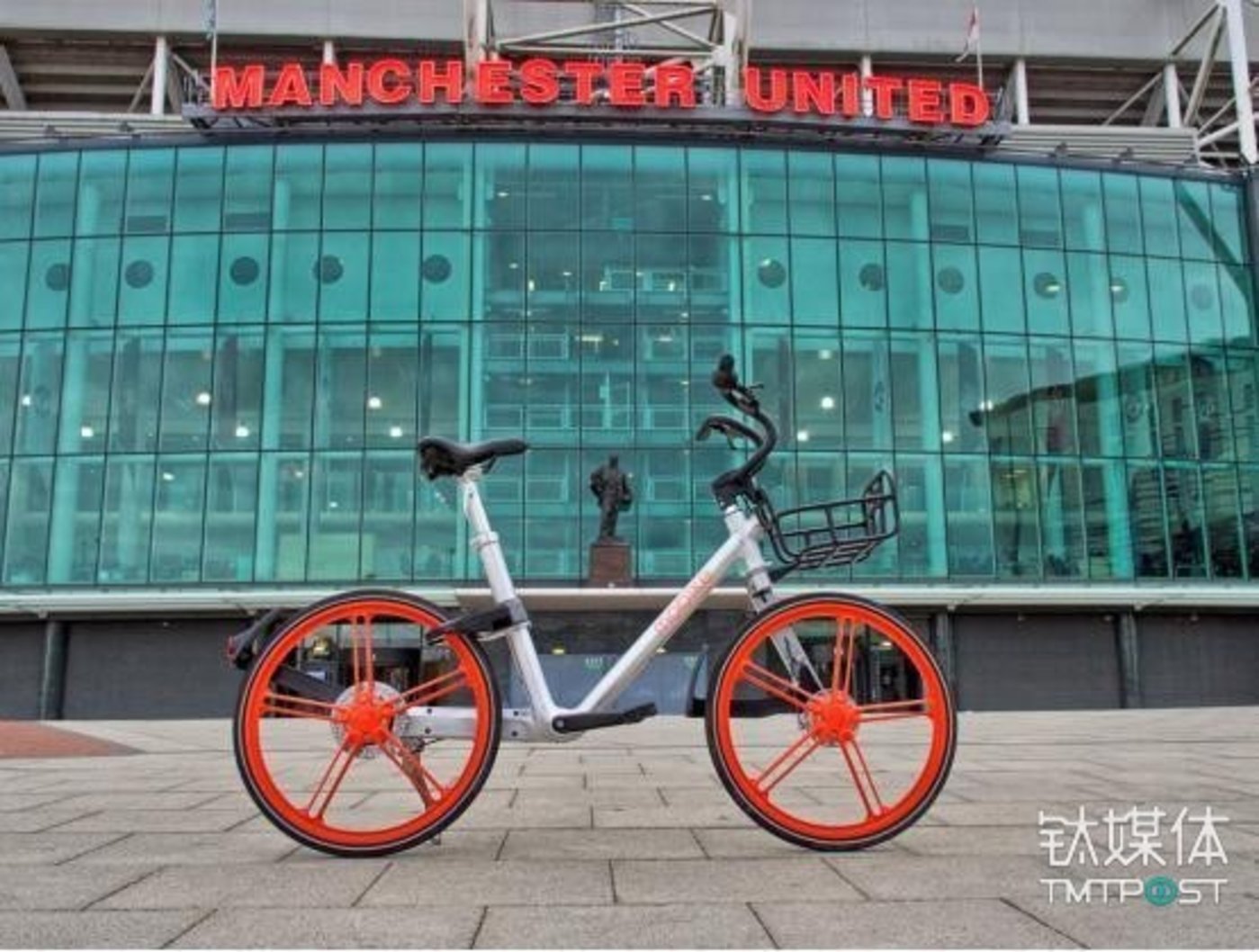 On June 29th, Mobike began to launch the first batch of bikes in Manchester, UK.

Q: How’s the demand for online bike-sharing platforms different at home and abroad?

A: Every country has its own sets of laws and regulations. For example, the UK government requires that there has to be front lights on shared bikes, so we have to make sure our bikes can generate electricity.

Q: Where are these shared bikes launched overseas manufactured?

A: For sure, it’s more feasible and convenient to manufacture bikes at home and then ship them overseas. In fact, many of our copycats overseas in the Silicon Valley also purchase bikes from China.

On technology and commercialization: smart locks are key to Mobike's development

Q: What’s the difference between Mobike and other platform in terms of technology?

A: Pony Ma’s comparison is quite appropriate (Note: the other days, Pony Ma and Zhu Xiaohu had a debate over Mobike and ofo’s development path, during which Pony compared ofo’s shared bikes to PHS phones and dead terminals. Click here to read for more details). The biggest difference between Mobike and other bike-sharing platforms is: our bikes are monitored real time online, and people’s demands for shared bikes are also matched online. Other platforms, however, can only check users, not their bikes

To some degree, its like we have different broadband widths. Likewise, while users can only make phone calls with PHS phones, they can do a lot more things with an iPhone. 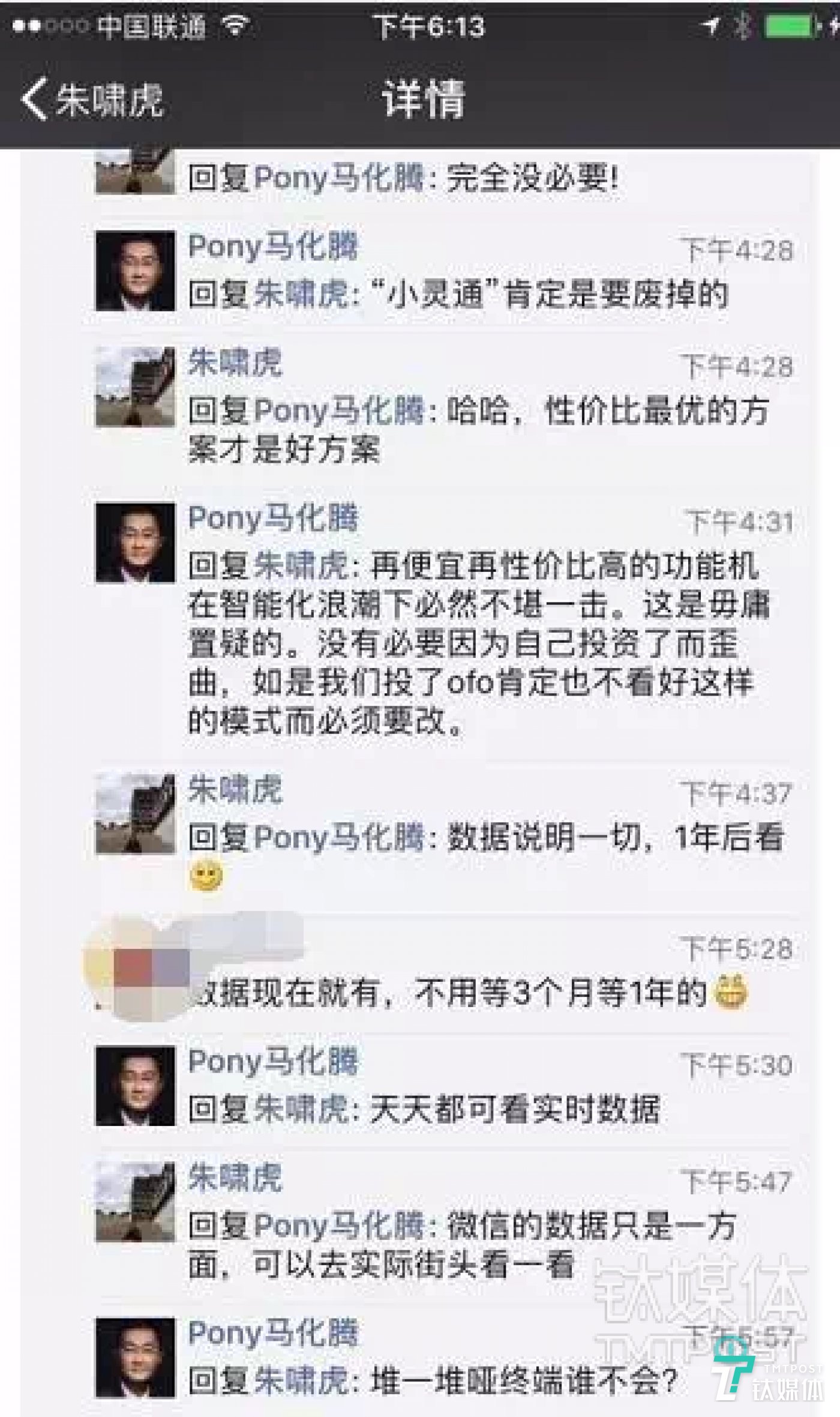 Q: Will Tencent exchange ideas with you over technology and product?

A: On the condition that we can become profitable right away. However, profitability is not our ultimate goal right now. Facebook also thought about commercialization after its MAU reached over 20,000 users, but Mark Zuckerberg decided that it was simply not cool to have a Pepsi’s ad on Facebook’s homepage.

As a matter of fact, we’ve been exploring the potential of different kinds of revenue model. Thanks to our smart locks, we can accurately check transaction information every time users pay bills.

(Note: According to Mobike, it could be extremely hard or inaccurate to measure usage fee for platforms that adopt mechanical locks or code locks. With smart locks, however, Mobike can avoid such bugs and inconvenience.)

[The article is published and edited with authorization from the author @Su Jianxun please note source and hyperlink when reproduce.]