Chinese ADAS Companies Rise, Striving To Catch Up With Mobileye

Whether it’s the technologies and the company name, it’s apparent that MINIEYE is following Mobileye’s path. This young company’s founder Liu Guoqing has once stated that they are going to become China’s Mobileye. And he did take actions to make that happen very soon. Just recently, MINIEYE had performed test runs in 16 cities in the country for benchmarking Mobileye’s accuracy on the alarm system. 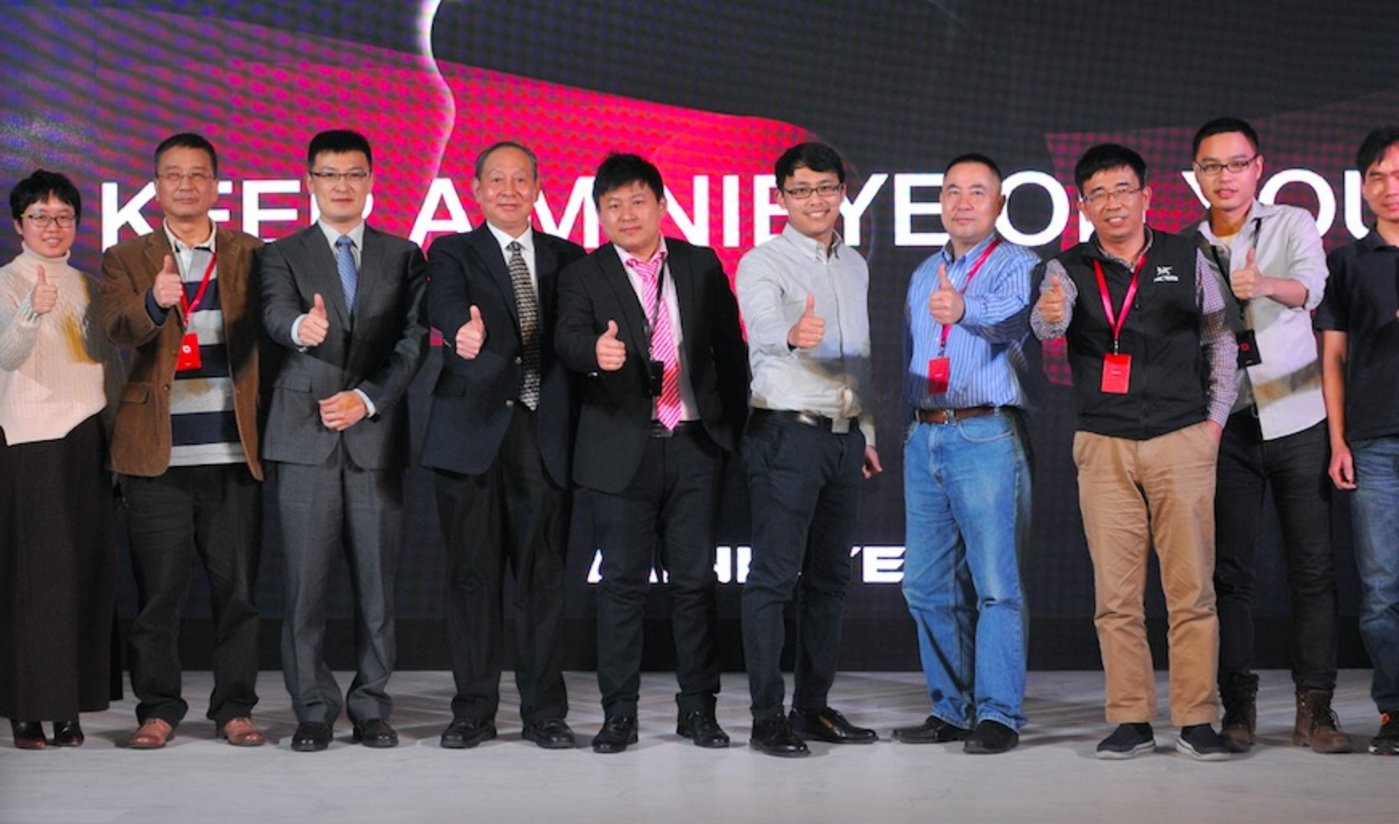 Autonomous driving is still very far from entering our everyday life as the technology is still under development and it is hard to be commercialized. However, its root, active assistive driving system, or some might say ADAS, short for Advanced Driver Assistant System, has reached the commercialization phase long ago and had brought up an unicorn company valued at nearly ten billion—— the Israeli-based Mobileye.

Mobileye’s products are powered by computer vision technology and based on single camera sensor. They provide drivers with safe-guarding assistive functions such as Lane Departure Warning (LDW) that alerts the driver of unintended/unindicated lane departure; Forward Collision Warning (FCW) indicates that under the current dynamics relative to the vehicle ahead, a collision is imminent. Mobileye is now valued at $8.545 billion and was once electric car giant Tesla’s partner. Mobileye’s status in Israel is similar to that of Baidu, Alibaba and Tencent in China.

Challenging the giants is, as a matter of fact, a short cut to achievement. In this hot autonomous scene, Chinese startup tech firm MINIEYE is looking to get a cut of shares from the vision-based advanced driver assistance systems (ADAS) market led by Mobileye, emerging as another challenger.

Whether it’s the technologies and the company name, it’s apparent that MINIEYE is following Mobileye’s path. This young company’s founder Liu Guoqing has once stated that they are going to become China’s Mobileye. And he did take actions to make that happen very soon. Just recently, MINIEYE had performed test runs in 16 cities in the country for benchmarking Mobileye’s accuracy on the alarm system.

Liu Guoqing , shared results of a successful benchmark test during a recent symposium:

Liu Guoqing stated that although MINIEYE’s products haven’t 100% caught up with Mobileye, they are already in the same level. 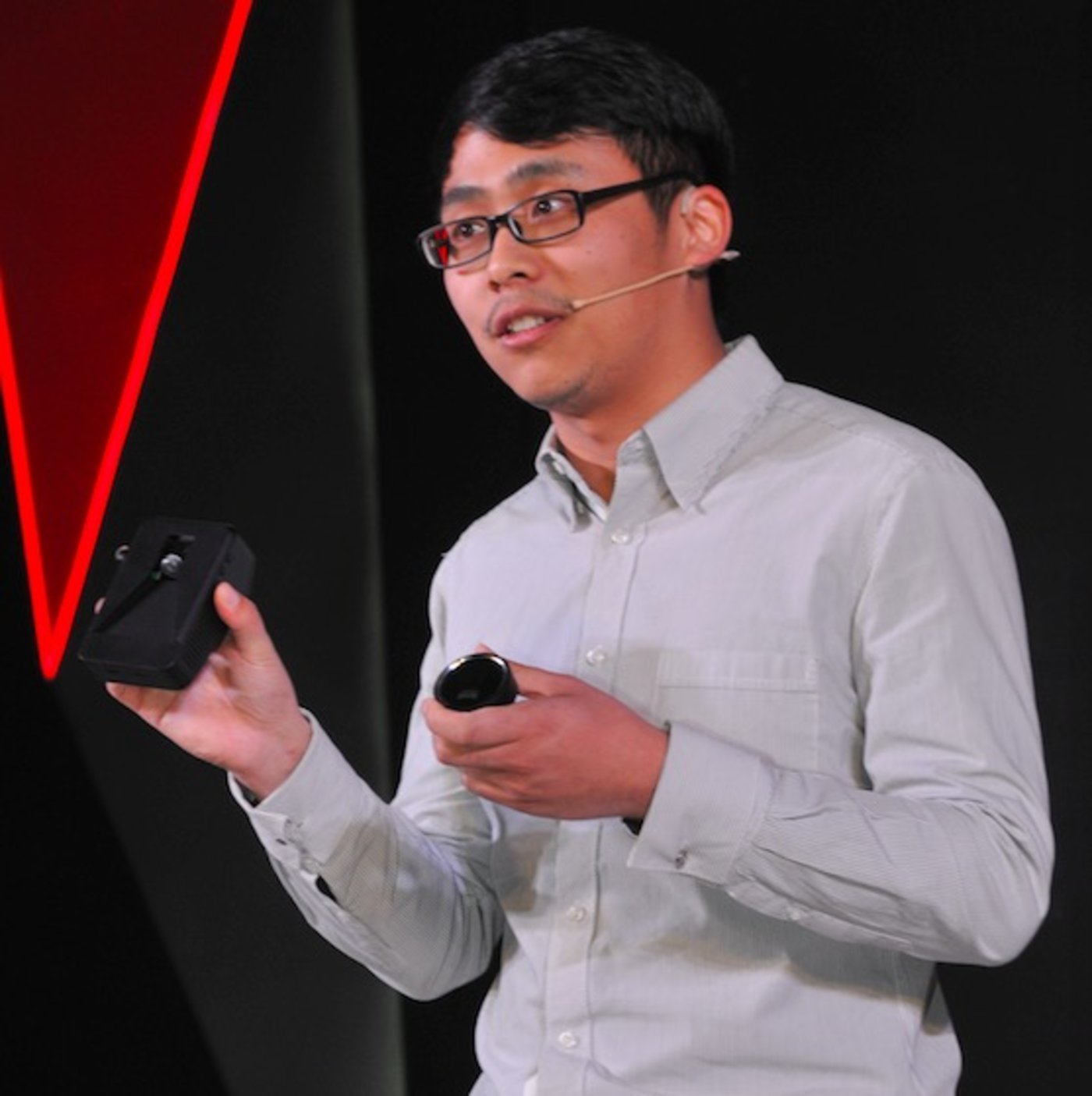 Benchmarking Mobileye in the pre-market sector

The products tested for benchmarking this time are aftermarket products. In Liu’s opinion, the aftermarket sector would be a better realm to kickstart the business since it spares the company from the complicated pre-market automobile R&D process.

Mobileye achieved a very competitive revenue volume in the aftermarket sector in Q3 this year and MINIEYE is hoping to set a disruptive pricing for its products so as to ensure a cash flow in time. After showing its products to the public in late 2016, MINIEYE has received groups of orders from the aftermarket sector. Liu Guoqing revealed to TMTpost that the final pricing would be around ￥2000-￥3000 and the aftermarket products equivalent to Mobileye’s could be priced at up to ￥10,000.

Aftermarket products include gadgets that are common in the market like automobile data recorders with ADAS features, rearview mirrors, HUD etc. These products can achieve some functions but lack response speed and full functions. In addition to that, auto makers tend to push away aftermarket products by installing many protection measures to keep aftermarket product providers from breaching the internal data protocol of the cars. This results in the fact that it’s hard for aftermarket products to have access to the data inside the car, which keeps the car from becoming truly intelligent.

Of course, MINIEYE wants to do so much more than that. As a ADAS technology provider, MINIEYE has to cooperate closely with auto makers in order to get a share of the greater autonomous driving market. The startup would need to penetrate the pre-market sector and deal with the protocols of the cars to achieve data flow and intelligence.

Aftermarket products generate cash flow, but MINIEYE has been focusing on the premarket sector. It’s learned that MINIEYE has signed a technology development contract with General Motors and is teaming up with Xiaopeng on vision sensing. On the recent symposium MINIEYE also formed a partnership with Wanxiang Tech to develop AEB technology. The pair’s product will be put into mass production in 2018.

This startup aims to find itself a place in the ADAS technology solution market, which is very ambitious.

Whether it’s for autonomous driving or ADAS, the sensors are the crucial part. There are two sensor solution: One is lidar, the other is vision sensor, which is the realm that ADAS companies like MINIEYE belong to. And these companies mainly adopt the camera-based solution.

Google and Baidu on the other hand adopt the lidar solution, which is less affected by the weather but much more costly. And high cost means more difficult to be mass produced. TMTpost found that a 64E lidar cost around ￥700,000. Compared with that, cameras are so much cheaper. Camera sensors also have some advantages in image, figure, and sign recognition.

A group of ADAS teams in China saw the potential and entered the market with low-cost camera solution. For example, we have SmarterEye and JMADAS etc. But we don’t have any company that entered the market through the premarket sector. Premarket products have longer R&D period and require more coordination, making it a harder field to crack. And more importantly, overseas component giants have monopolized this market.

The benchmark results show MINIEYE’s alarm rate has reached Mobileye’s 95%. So is it possible that it can penetrate the premarket sector in China?

“GEELY is an independent brand and we would like to adopt local providers’ technologies. As many might know we are still mainly using products from overseas. They are still trying to understand our demand,”Liu Weiguo, president of GEELY Research Center said. “We are developing fast, and we do need local providers’ products. But it doesn't mean we reject products from big brands. It really depends on whether the products meet our demands.”

MINIEYE’s founder Liu Guoqing believed that their shot lies in the fact that there isn’t any local company in China that focuses on the ADAS premarket sector. But we can’t overlook the fact that Chinese brands find it hard to import ADAS technologies due to the limitations presented by the pricing strategy.

Considered the cost structure, some car makers would also go for the batch purchase approach when it comes to ADAS for some high-end car models. And this market is monopolized by overseas companies. The largest car component provider BOSCH made a revenue of 70.6 billion euros last year, with its automobile accessories taking up about 60% of the revenue. BOSCH itself also has its own ADAS solution and its dual camera solution is also competitive in some other ways when compared with the mainstream single camera solution.

Aside from that, MINIEYE’s benchmarking rival Mobileye has been around for years. Founded in 1999, Mobileye now accounts for over 90% of the global market share and has partnered with many component giants, including BOSCH’s nemesis Delphi. Delphi revealed to TMTpost that they won’t consider low-cost technology providers in the short run considered the safety of ECU technology.

Furthermore, MINIEYE and Mobileye both adopt single camera solution, which is better at sensing distance and easier to produce. However, such solution requires model building and data accumulation to work. That’s where Mobileye’s years of experience and accumulation comes in handy as it has formed an enormous data base. Additionally, Mobileye’s self-developed processing chip has a rather competitive pricing. According to Tang Rui from Congmu Tech, the cost of Mobileye’s chip is around only $30.

This is probably why Liu Guoqing hasn’t announced the premarket products’ pricing yet. When asked about how large the price gap between MINIEYE and Mobileye is, Liu Guoqing stated that: “It’s hard to say.” However, Mobileye has already achieved mass production and therefore possesses obvious cost advantage. What’s more, Mobileye adopts its own chip solution, which helps the company further control the cost. It’s very unlikely that Chinese companies will develop their own chip line.

The price gap might be Chinese ADAS technology providers’ shot

MINIEYE sent out two test cars for the benchmarking: One departed from the company’s HQ in Shenzhen and headed to west while the other drove from the R&D center in Nanjing to the north. The two cars drove through 16 provinces and municipalities, completing a trip of 8,909km. The car headed to north ended up in Harbin while the other stopped in Yunnan province.

The two cars drove through such a vast region to collect as much data on the running environment as possible, said Liu Guoqing. Data includes the weather, road condition, light, temperature, and car model etc. MINIEYE hopes to prove its ADAS to be as competitive as Mobileye’s in the benchmarking and the results are satisfying. MINIEYE even outperformed Mobileye in some situations such as driving on a bumpy road or when used on a agricultural vehicle.

The development of the Internet industry has entered the second half and it’s unlikely that innovation on models will emerge. Technological innovations that unearth use cases are the game changers. From this perspective, Chinese tech startups’ opportunity, including MINIEYE, lies in localized services powered by their technologies.

TMTpost learned that MINIEYE has 45 data-collecting cars running in eight regions in China every day. Each day these cars accumulate a data amount of around 1.5TB and run for about 10,000km.

“In China the use case could be very different. We have farm vehicles, tricycles and lots of e-bikes. Local compaenis can do better in terms of localization,” China-Sweden Traffic Security Center’s director Chen Chaozhuo said.

Localization doesn't necessarily have to be about technologies only, but as well as the making of solutions and communication etc.

Besides technology gap, the price gap could be another feasible way out for Chinese startups to cut into the market efficiently. Car products’ price have been declining in recent years for competition bought by car companies. From Chen Chaozhuo’s perspective, utilizing the price gap would be a great opportunity for MINIEYE.

Zongmu Tech’s Tang Rui told TMTpost that ADAS technology used to be applied in mid and high-end car models mainly. But in recent two years, ADAS technology can also be seen in low-end cars. It’s entering the low-end market at the speed growth of 100%. If MINIEYE could make use of this trend and come up with low-cost solution to help companies form ADAS technology supply, then a great opportunity to establish a brand image will come for the startup.

To pull this off, MINIEYE would need to refine its cost control mechanism while continue to improve its technology. While Chinese car makers and joint brands are purchasing the same component solution, Chinese car makers can provide a lower price because they compromise some of the revenue and enhance the management.

This could be a revelation, an opportunity for MINIEYE. The revelation is controlling the cost through a mechanism, and the opportunity is Chinese car makers are seeking profit growth and they need the support of local suppliers.

ADAS startups in China are not mature enough when challenging international heavyweights like Mobileye whether it’s in terms of the technology or scale. But anyhow, just like what Liu Guoqing has said, the opportunity is already here and it’s time for all-in actions.

[The article is published and edited with authorization from the author @Li Qin, please note source and hyperlink when reproduce.]