Where Are The Unicorn Companies In The Chinese SaaS Sector?

摘要： At present, the Chinese SaaS sector is blossoming as multiple specific areas continue to advance. Among them, cloud service, mobile office and HR are the three top areas that have proven to possess great potential and are developing fast. We can expect future unicorn companies to come out of these three fields.

As the capital gradually realizes that the seemingly prosperous 2C market with a high conversion rate is in fact contributed by endless subsidies, more and more investors are starting to eye on the 2B market since 2015, a market that has more value and is still waiting for further development.

FXIAOKE, Zhaogang, and DayHR etc. have completed their financing at hundreds of millions; DingTalk, backed by Internet giant Alibaba, has released its 3.0 update that contains more enterprise services; WeChat for enterprise is also ready to bring up a stir in the 2B sector.

Besides the giants, startups are also targeting this industry. During the first three quarters in 2015, about 200 2B companies received their financing, a number greater than that of any specific sector in the Internet industry.

In the capital winter, the enterprise service sector with business models that are more likely to cash in and amass cash flow stands out like a diamond in the rough, drawing the attention of investors.

As an Internet industry veteran and a “barbarian” in the enterprise service sector, I have talked to many industry insiders and investors in the past few months learning and studying this market. I found that they are pretty optimistic about the industry. In the coming three years, the scale of the 2B market will surge to hundred of millions from the 20 million we have today, they said. In addition to that, unicorn companies will emerge, probably from BAT.

So what sectors are more likely to have unicorns?

Among them, cloud service, mobile office and HR management are the three top areas that have proven to possess great potential and are developing fast. We can expect future unicorn companies to come out of these three fields. In reality, some leading forces have already emerged from these three areas.

Cloud service is the biggest sector of the enterprise service industry at present, with a total estimated value of ￥118.15 billion, accounting for 59.7% of the market share. As for the big data sector, there are already nine companies that have reached the scale of one billion. Enterprises focusing on AI technologies are now boasting a higher market valuation due to the success of AlphaGo. Cybersecurity service and cloud services on the other hand are serving as fundamental infrastructures for mobile office and big data application.

With a valuation of ￥68 billion, Aliyun is no doubt the dominant giant in this particular sector. It accounts for one third of the total valuation of other cloud companies added. In 2016, Aliyun achieved a revenue of ￥3 billion only second to Amazon’s AWS and Microsoft’s Azure. Behind Aliyun is, Tencent Cloud, valued at ￥22.75 billion. In the top ten enterprise service company valuation chart, cloud companies take up three fifths of the place, making the cloud sector truly a forerunner of enterprise service.

It’s fair to say the enterprise service industry has already become the battle field for giant companies, and that there’s no chance for startups to emerge as a dominant force.

Mobile office: DingTalk, brought up by the tendency

Alibaba’s DingTalk has launched its 3.0 update recently, saying that the company aims to connect corporations both internally and externally. DingTalk further expands its area of service and brings about great pressure to peer products such as FXIAOKE etc.

Since introducing its open platform on August 31st 2016, DingTak has been providing standard communication tools for independent software vendors to bring about solutions for the industry. It marks DingTalk’s transformation from a product to a platform.

Alibaba’s Q4 fiscal report shows DingTalk currently has one million enterprise users. DingTalk in fact ranks the third on third-party valuation chart, behind Aliyun and Tencent Cloud. DingTalk breaks the traditional working form that has existed for a long time among enterprises. Its open attitude towards vertical areas further affirms there is immense potential in specific vertical sectors.

Supported by Alibaba, one of the most influential Internet companies in China, DingTalk has apparently taken the throne in the mobile office sector. It digs deep into different vertical sectors and provides a one-stop service experience for enterprises, which will be the mainstream tendency in the future. However, these specific sectors, rooted on similar platforms, are not enough to bring up unicorn companies.

Many might have noticed that the HR sector is becoming rather hot in the enterprise service industry since last year. The disappearing demographic dividend and heating-up Internet+ wave have helped the HR SaaS market gain traction fast, presenting a new uncharted and lucrative 2B marker that’s waiting for people to explore.

Currently, there are three groups of companies in the HR SaaS sector:

Traditional companies: SaaS for HR actually has a history of over a decade, during which many companies have taken off, earning their place in the market. For instance, we have Beisen and WinTalent etc. Let’s look at Beisen for an example. Founded 12 years ago, the company now is serving 4,500 companies and handling data on over a hundred thousand talents everyday. Beisen is a traditional heavyweight in the industry. 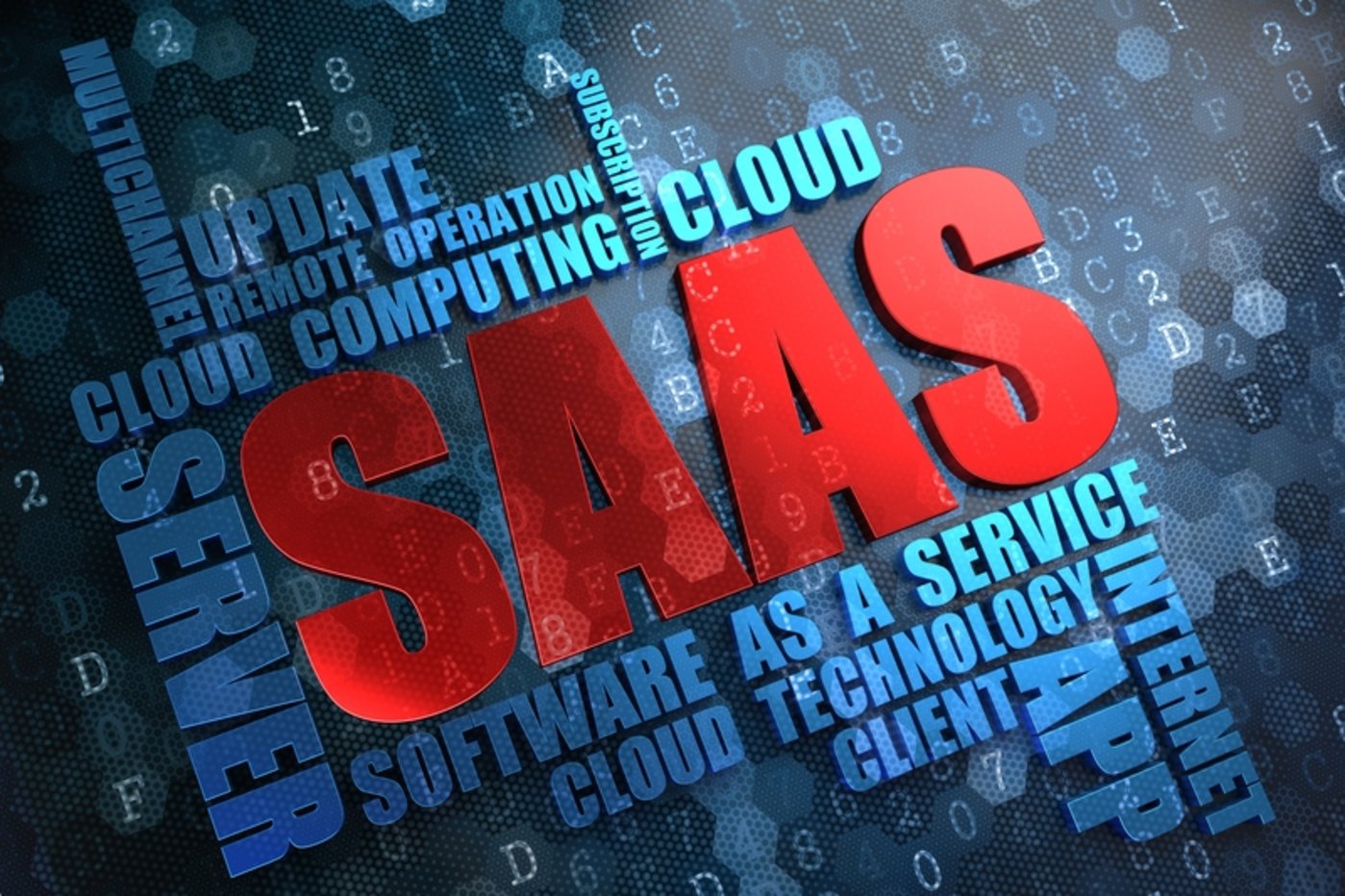 At present, the traditional companies are the leading force in the SaaS sector in China in terms of scale and revenue. However, with years of operation also come three major problems needed to be solved:

1. They haven’t had any innovation on their business model. These traditional companies are still playing the game by the old ways, which is selling service accounts to profit. Nowadays similar services are usually priced low and sometimes even free, posing great threats to their business lines.

2. The value created for the clients hasn’t become a must-have. Their products fail to keep a high user retention rate and user loyalty. Users won’t really hesitate to use other products instead.

3. Every company is fighting on their own. Without the potential to build a major platform, these companies are vulnerable under the invasion of startups with Internet genes, eventually losing market share to them.

Money burning replicators: With the surge of the American SaaS industry and the success of Zenefits, the Chinese SaaS market is also heating up. Many rising startups are copying Zenefits’ business model and product concept, as well as many Internet companies’ strategies in the 2C sector. These companies pour in tons of resources and subsidies to keep up the user conversion rate.

JOYOWO is one of the elites. After two years of money burning, the company has managed to cover over 400 cities with its service in China. By August 2016, the company has amassed over ten thousand enterprise clients, allegedly. Considered its crazy amount of subsidies, low charge for their products, and enormous offline sales team, it’s no surprise that the company has a great financial burden.

Up till now, companies like these that keep up intense promotions and are backed by the capital are having the upper hand over traditional enterprises. But it remains unknown whether the battle will end up like what happened to the cab-hailing sector, groupon sector, and O2O industry etc.

Community-based companies: In general, traditional companies will have a complete product and business model before rolling it out to the market. So it will take months or even years for them to make an update for their products.

But the new Internet era has changed users’ expectation. Emerging SaaS players are innovating on the demands and user experience. By launching beta products and pushing new updates and new products regularly, these emerging companies are actually refining their products with their users. For example, we have 2HaoHR, from Dianmi and HRLOO.

The biggest obstacle in developing 2B products with a 2C mindset is convincing potential users to spend time using a beta version product and give out feedbacks. That’s why Dianmi teamed up with HRLOO, who has the largest HR community in the HR sector.

Whether it’s from DingTalk’s way or 2HaoHR’s community model, we can find three common grounds:

1. Social networking feature adds new value. 2B SaaS products themselves have limited space for the operation team to make something out of it, but the community that uses them possesses immense potential. Companies can just manage their users like vertical groups for community operation. It can connect enterprises and clients, make interaction with clients easier, and bring back the data generated to enterprises.

2. Big data enables intelligence. The user behavioral data generated on SaaS products’ operation on cloud can be used for deep analysis. They can also be utilized for improving SaaS products. These data can provide reference for enterprise management.

3. Revolutions from the management. Traditional SaaS companies’ core value is the control mode. However, Chinese companies are transforming from made in China to designed in China, therefore relevant products’ concept will have to change as well to serve a new management mode.

To sum up, compared with tens of unicorns in America, the Chinese enterprise service sector is still in its early and wild phase where companies are starting to penetrate the market and competing with each other. In the future, cloud service, mobile office and HR have the great potential to give birth to some unicorns.

However, giants have dominated the cloud service and mobile office sector, leaving little chance for startups to grow big in the coming years. Therefore, unicorn startups are very likely to rise from the HR service sector that is still gaining momentum.

[The article is published and edited with authorization from the author @Jiao Xuening, please note source and hyperlink when reproduce.]