China’s Booming Equity Crowdfunding Industry: What Happened In The Past Year?

Some crowdfunding institutes like JD Crowdfunding, Taobao Crowdfunding, Suning Crowdfunding and so forth have come a long way considering its favorable amount of cash flows and capitals earned from its original businesses; others have taken proactive steps to practice vertical subdivisions such as Zhongtou8, Yunchou and Dajiatou, etc.; still others have come along a treacherous journey growing by trying, which includes Demo Hour who despite its high-profile transformation came back at last to crowdfunding. 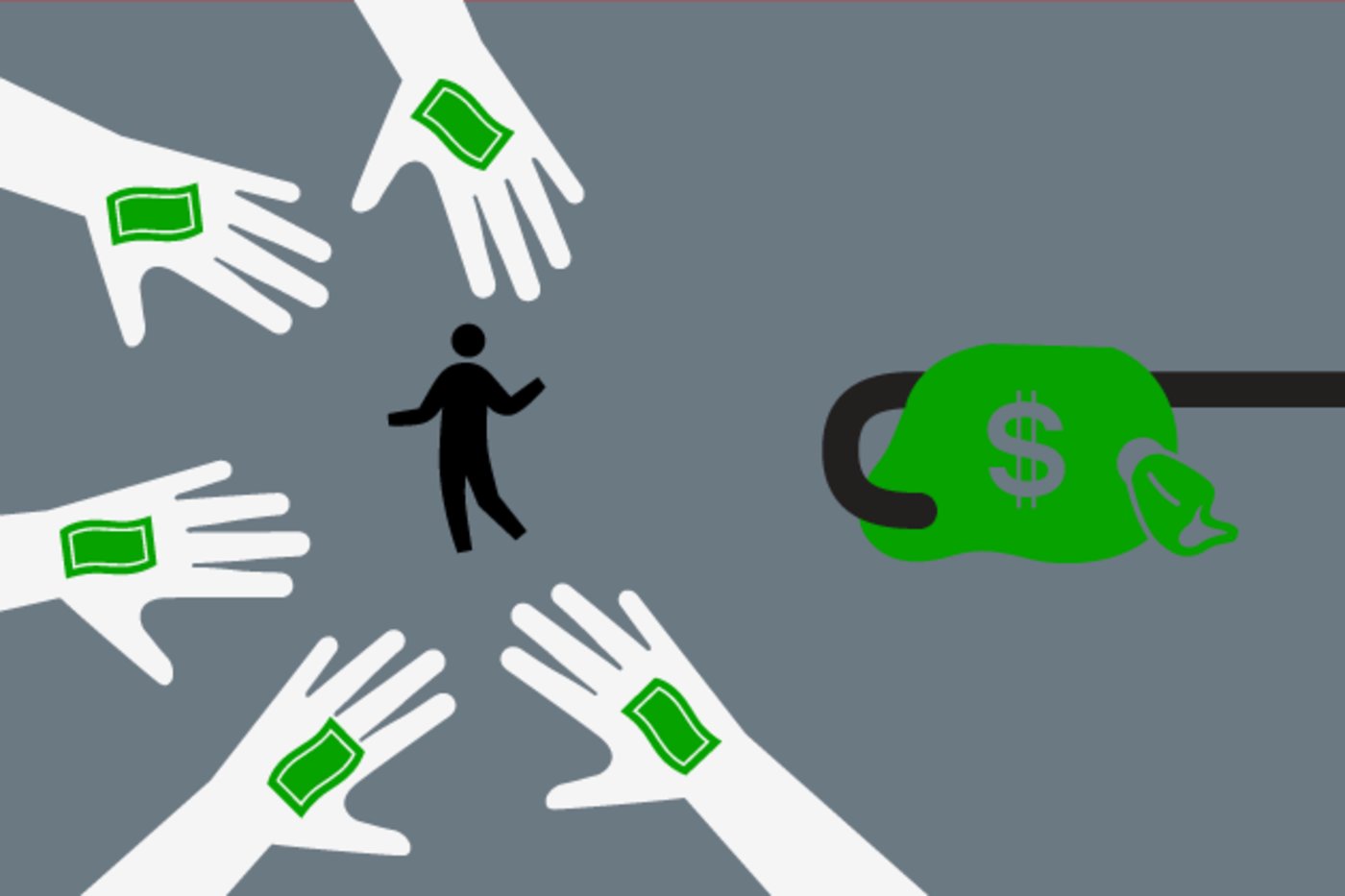 Stoked by policies and industry trends, the crowdfunding industry is on the fast track. Giants and fast followers are vying for power, blooming, merging and evolving.

During the past year, online crowdfunding platforms have experienced policy changes, ups and downs. In this essay, I would try to seek out watershed events. Through close observation, we would nail down traces of the Year One development.

More attention has been paid to internet finance as years marched on. Eight policy documents were published by the central government in 2014; that number jumped to 17 in 2015. In terms of content, internet finance was the focus in 2014, which changed to online crowdsourcing and P2P the following year.

The extension and definition of online crowdfunding, however, is still not definite enough. Each and every platform could not settle clearly its own business items and positioning. Under these circumstances, China Securities Regulatory Commission published A Letter to Local Governments on Standardizations for Online Crowdfunding which ignited twice a policy-induced name change in three days, as can be seen in Table 1.

Behind such a phenomenon was the concern that each platform, through name changes, wanted to express what the policies wanted them to while snapped up enough attention resulting from online key word searches. It’s not hard to understand, therefore, that online crowdfunding platforms can’t help jump on the bandwagon of name changes in order to be a good “mama’s boy” and at the same time be a free-wheeler, and that’s where the rub is. It’s hard to take care of both.

Among all the policy changes and uncertainties, it’s hard to tell whether name changes are good or bad. But it revealed the industry’s wishes: they hoped to win enough legal space and opportunities for businesses.

The status-quo of online crowdfunding platform

1. Quality varies despite the explosive growth of online crowdfunding platforms

According to 01caijing, up to September 2015, 338 crowdfunding platforms have been launched at home, 288 of them are in operation and among them 186 cover online crowdfunding which is 63.3% of the total 338 platforms; 142 or 48.3% is for product crowdfunding; 45 have both businesses. Five are for pure charity while most of the integrated platforms have a unit for charity crowdfunding.

The explosive growth gave birth to more crowdfunding platforms and more differentiations. Since competitions grew ever fiercer, crowdfunding was not only for grassroots and start-ups but also for professional and integrated platforms. According to different business items, platforms can be divided into different categories shown below. Their operational functions include but are not limited to the following business items; the sequence here does not indicate rankings. 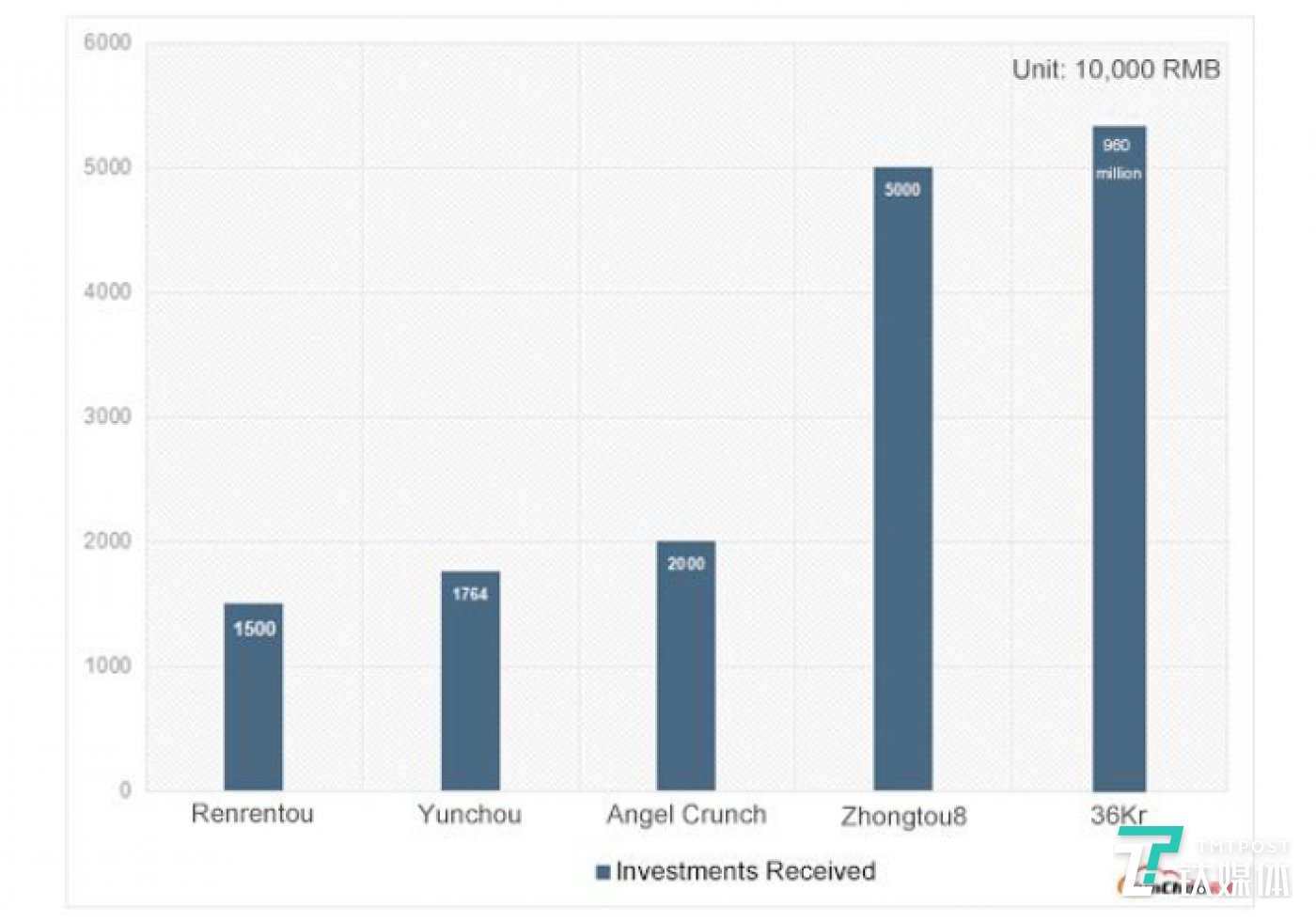 Q2 saw a month-on-month reduction rate of 50.36% in terms of fund raised under VC/PE. The investments received by the New Three Board saw a decline from 5.3 billion RMB to 0.4 billion RMB. These figures suggested a declining domestic financial market. Despite all these, in October, the online crowdfunding market saw a growth. It managed to raise in total 814 million RMB. Both the crowdfunding projects and the funds being raised were on the rise, with old records being replaced by new ones.

According to Surplus Can, in October this year, 3760 new projects had been posted online by the online crowdfunding platforms which raised in total 814 million RMB; that indicated an 11.20% growth compared to the 732 million RMB being raised in September the same year.

Four watersheds along the development of the online crowdfunding industry

The new-born hardens itself against difficulties. In 2015, there were four watersheds along the way for online crowdfunding platforms. With policies launched one after another, the future grew ever more clarified. The participation of the giants and the aggravated competition became the touchstone of wisdom. Crowdfunding is no longer simple but diversified which is not only an indication of value changes but more of a mentality change. Thus the road for online crowdfunding is settled.

Till 2015, no rules have been settled for online crowdfunding even though there are no lack of policies. In 2014, Regulations for Private Equity and Asset Management was published: Common practices back then relied upon rules for private equities which means most online crowdfunding platforms were flunked. Thus spurred self-questioning; the industry becomes more sensitive to government policies.

In July 2015, new turns in policies occurred. The central bank and the ten ministries launched Announcement of the Healthy Development of Internet Finance. From then on, there is no longer concept as “private equity crowdfunding”, for equity crowdfunding is defined as public fund raising for small amounts of equities through internet, which shall be carried out through intermediary platforms. “Public”, “small amount” and “crowdfunding” settle the rules for the future.

2. Games changed – from grassroots to giants

On May 19th, changes happened. The reason for the changes are the participation of the giants. Among the new comers, Ali and China Ventures are the two rising stars. In May, the business license for Antsdaq under Antsgroup was issued in Shanghai.

In July, the China Venture-oriented Yuntouhui was launched. They leveraged on internet techniques to raise money as a one-stop financing tool for start-ups and investors.

For grass-root start-ups, to win over a position on the equity crowdfunding arena is no longer easy. Fighting against giants requires not only business subdivisions and vertical development but also financial knowledges and innovations to ensure firm foothold.

A barrage of O2O projects dropped dead and since then the online crowdfunding platform have turned their eyes from O2O and TMT to other areas. Based on business items of the five big platforms we can learn where these projects go, shown below in Table 2. These online crowdfunding platforms nail down not only business procedures but also value systems by delivering high-quality projects. 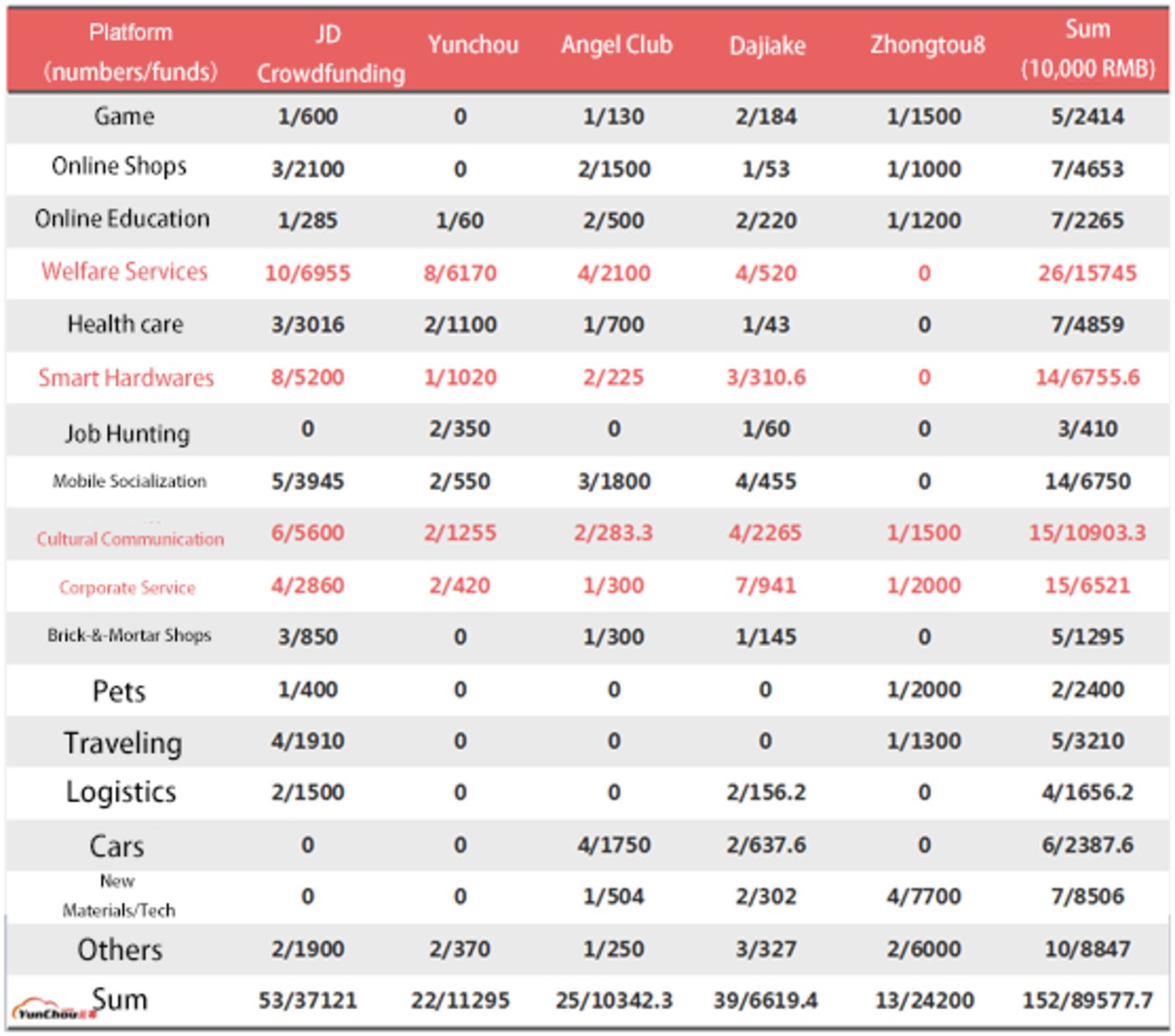 According to statistics, in 2015 crowdfunding mainly focused on the following four areas: “welfare services, cultural communication, smart hardware and corporate services”, which resonates with angel funding activities. Thus we can see that crowdfunding is not only high-tech projects or projects suffering from money shortages, but also for areas where angel investments go. Such areas enjoy huge space for growth and could be easily understood and favored by the mass.

4. Concept changed – the birth and development of post-investment and post-crowdfunding management

Yet as time goes on, people come to realize that the end of a crowdfunding project is not only the end of business negotiations but also the beginning of investments. Thus more emphases have been paid to post-crowdfunding management. Since Yunchou launched its post-funding businesses, Renrentou and Choudao followed suit. Yunchou’s post-funding businesses include on-site inspections; investors can consult inspection reports regularly in order to get a better hold of resources and fund management and how the project goes.

The gain and loss of online crowdfunding

Huang Xiangping, the former chairperson of Securities Association of China, suggested that online crowdfunding is the most effective way to solve the problems of financing difficulties and affordability for small and micro businesses. Online crowdfunding plays an indispensable role in supplementing and enhancing the financial market. Internet develops to help release more potential from online crowdfunding, which injects fresh blood to traditional fund raising services in order to diversify the overall financial landscape.

Online crowdfunding brings forth new opportunities to TMT, agriculture, charity and cultural and creative industries. Book publishing is a case in point. Before the era of crowdfunding, book publishing requires a series of promotional activities that are both time-consuming and money-consuming. To win a position in the best seller list needs step-by-step calculations. Yet with the advent of crowdfunding, the book Zhou Hongwei: My Internet Methodology raised 1.6 million RMB within one month while Socialization Dividends raised 0.1 million RMB within two weeks. The crowdfunding trend is considered to be strong enough even to shake the traditional trade of publishing.

Legal and accounting services, technological start-ups, outsourcing and various CEO training courses are taken under the wings of crowdfunding, which helps coin the word “crowdfunding marketing”. The extension of its business scope from financing to marketing endows crowdfunding multi-functions that include new products launch, consumer participation and branding, to name but a few.

Online crowdfunding managed to link the end of consumption with the beginning of production which ensures its potentialities to make profits. Such an enclosed consumption circle encourages other industries as well. Yet online crowdfunding is still at its beginning, as there is no lack of problems of supervisions, risk management and so on. Some projects rely upon self-liquidating investment that falls prey to marketing hypes while some crowdfunding activities are scams.

One can still remember the “Wukong i8” self-liquidating scam. One hour after its launch, the project have already managed to raise more than one million RMB. Strange still, when the funds reached 1.1 million on the second day, no more funds were added afterwards. At the same time, one could find that the comments below were similar and repetitive, which was dubious. Media doubted that JD might have known it was a scam. It could be a marketing strategy instead of a fundraising activity. Supervision is insufficient and that blurs the boundary between warming-up and fundraising in real terms. Eagerness for quick success and short-term benefits would not only harm investors’ trust but also the image and development of the projects.

September witnessed the first ever legal case concerning equity crowdfunding. Renrentou and Nomido Catering prosecuted each other. According to the inspections, contracts, data, credit investigations and other documents could be faked. Nomido was then blacklisted. The verdict hammered out that Nomido should shoulder more responsibilities concerning the contract termination since their documents suggested potential trading risks; in other words, the crowdfunding platform won.

The case, once flooded the Moments, indicated potential loss and risks of online crowdfunding. Faking profiles to boost marketing effectiveness and cheating money out of investors not only raised questions of trust and ethics but also warned of risk management.

2015 is the Year One of China’s equity crowdfunding. Diversifications are on the rise. Some crowdfunding institutes like JD Crowdfunding, Taobao Crowdfunding, Suning Crowdfunding and so forth have come a long way considering its favorable amount of cash flows and capitals earned from its original businesses; some have taken proactive steps to practice vertical subdivisions such as Zhongtou8, Yunchou and Dajiatou, etc.; while some have come along a treacherous journey growing by trying, which includes Demo Hour who despite its high-profile transformation came back at last to crowdfunding. Some, unfortunately, died out, namely, Qidianji Crowdfunding and Magic Club Crowdfunding.

Equity crowdfunding is a new-born business model against the backdrop of the era featuring booming entrepreneurship. Internet techniques, crowdfunding wisdom and the Bid Data mentality open a new window for potential investors. As the industry grows, equity crowdfunding would stride over to other fields instead of the current four key areas including welfare services, cultural communication, smart hardware and corporate service. In this spirit, more contributions could be made for internet finance, entrepreneurship and the updating and development of other industries.

For the new-born equity crowdfunding, roads are treacherous while the future must be bright.

(Data from 01caijing and Yingcan Consultancy)

[The article is published and edited with authorization from the author @Xie Hongzhong, CEO of Yunchou and the founding father of Chinastarup, as well as Chi Dong, the researcher with Yunchou Equity Crowdfunding Research Institute, please note source and hyperlink when reproduce.] 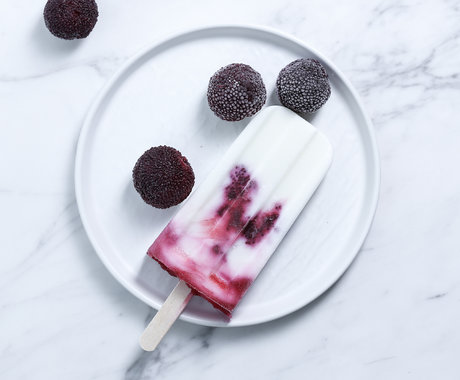 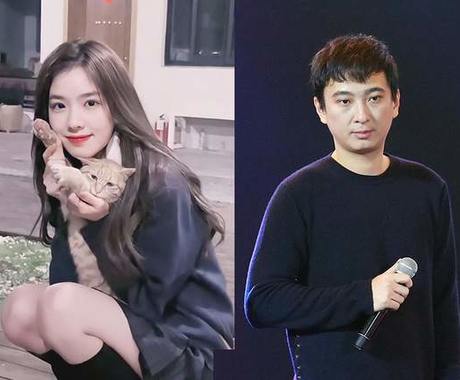 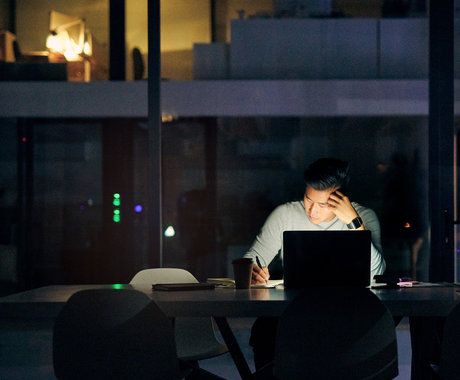 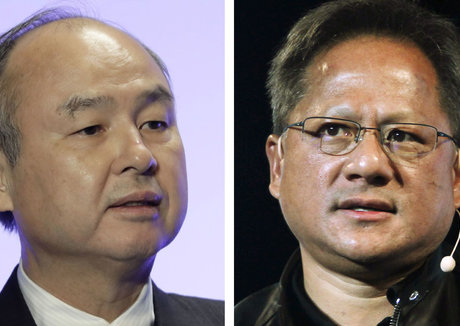 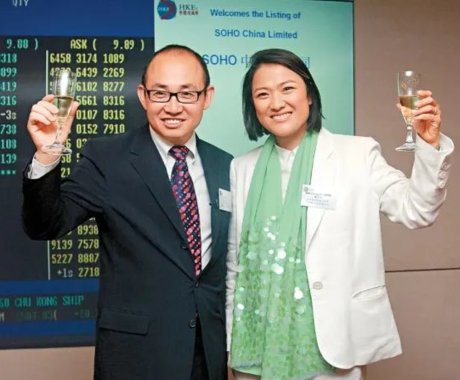 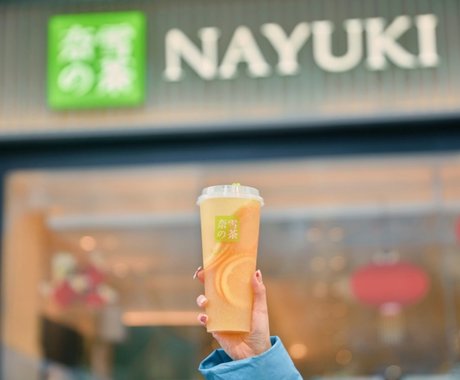